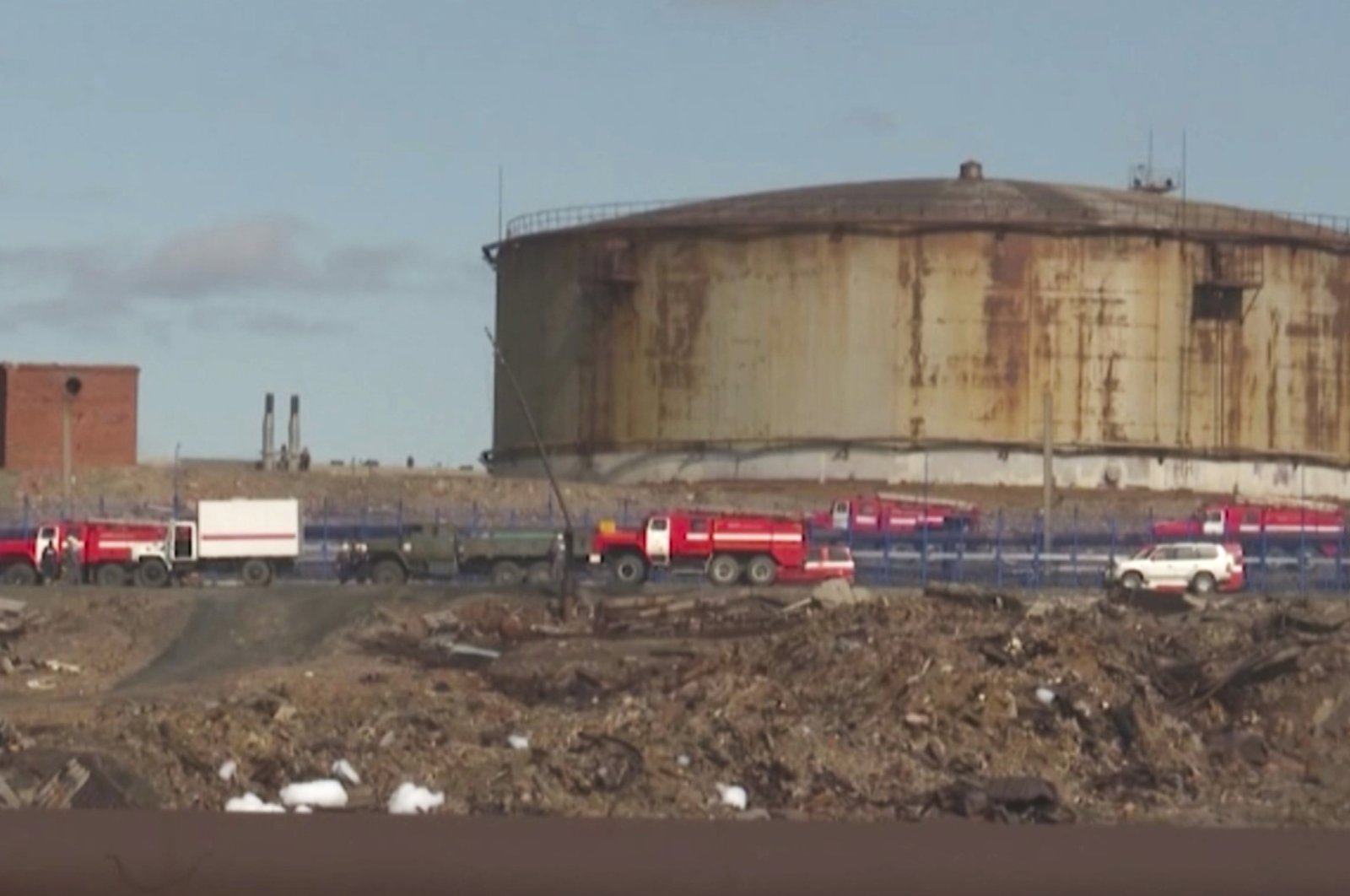 Russian Emergency Situations Ministry trucks work at the scene of an oil spill at a power plant in an outlying section of the city of Norilsk, Russia, June 3, 2020. (AP Photo)
by Compiled from Wire Services Jun 04, 2020 2:11 pm

Several top Russian officials arrived in Norilsk, an industrial city in the Krasnoyarsk Krai region of Siberia, on Thursday to supervise operations to address the issue of a fuel leak that contaminated a large area.

The spill took place Friday at a power plant in an outlying section of the city of Norilsk, 2,900 kilometers (1,800 miles) northeast of Moscow. Booms were laid in the Ambarnaya River to block the fuel. The river feeds a lake from which springs another river that leads to the environmentally delicate Arctic Ocean.

Local authorities claimed that the leak did not spread out of control and only 350 square meters of the area were contaminated.

On June 3. Russian President Vladimir Putin raised the issue during his videoconference with the officials. During the meeting, various government bodies gave different assessments and differed on the scale of the accident. According to a new assessment, over 20,000 tons of diesel was leaked, contaminating 180,000 square meters of soil. The fuel also seeped into two rivers, the Daldykan and Ambarnaya.

The plant is operated by a division of Norilsk Nickel, whose factories in the area have made Norilsk one of the most heavily polluted places on Earth. No cause for the accident has been determined, but a company statement said it was concerned about facilities constructed on sinking soil above permafrost.