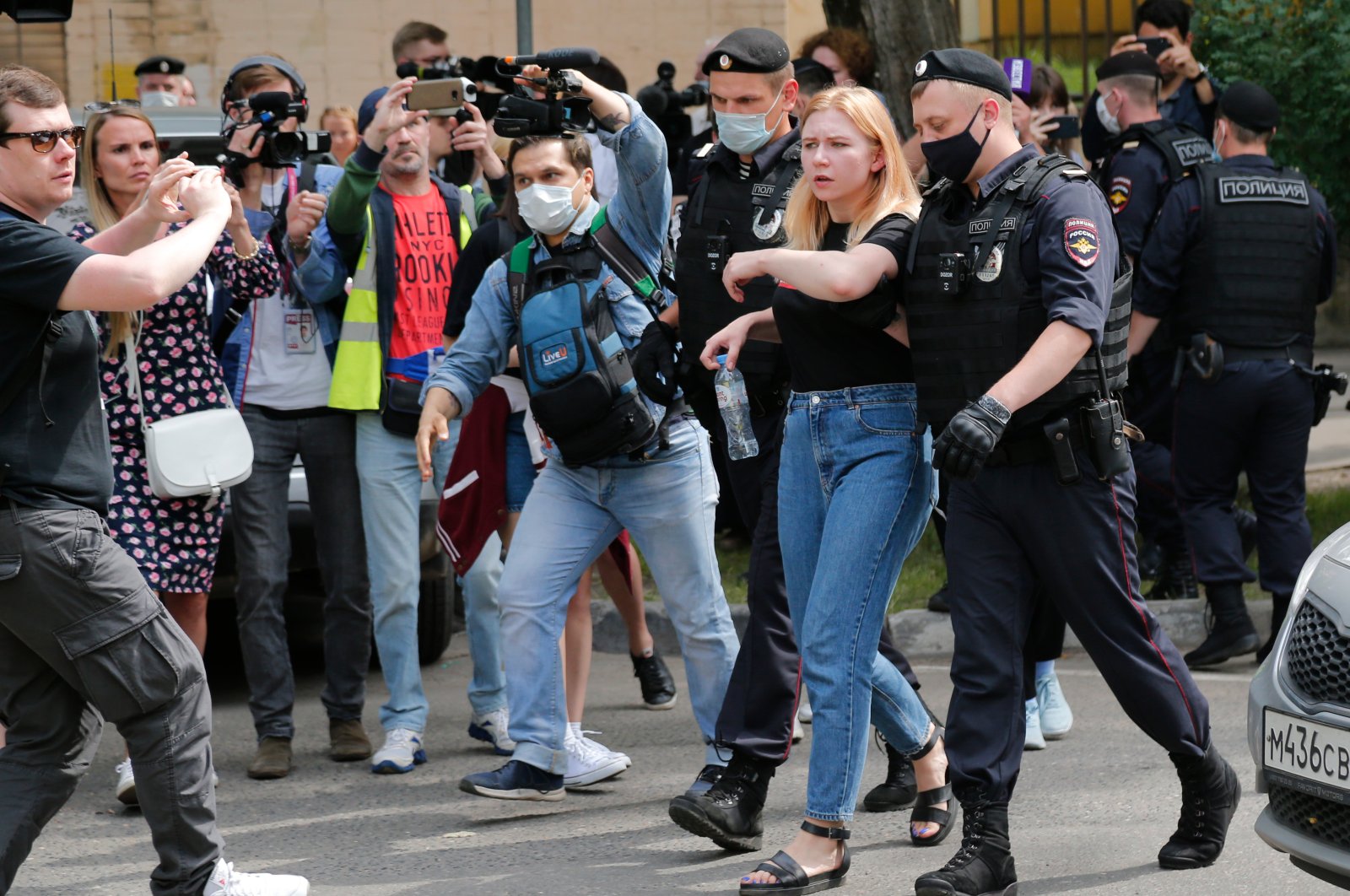 Moscow police on Monday detained about a dozen journalists protesting the arrest and jailing of a former colleague on treason charges.

Police quickly rounded up the reporters who attempted to picket outside the Lefortovo pretrial detention facility where Ivan Safronov has been held since his arrest last Tuesday.

Safronov worked for a decade as a reporter, covering military issues, before becoming an adviser to the head of the Russian state space corporation, Roscosmos. He is accused of cooperating with the Czech intelligence, allegations he has denied.

Safronov’s lawyers said last week that the Federal Security Service (FSB) accused Safronov of passing sensitive information to Czech intelligence about Russian arms sales to the Middle East and Africa in 2017, when he worked as a correspondent for top Russian business newspaper, Kommersant.

Safronov could face up to 20 years in prison if he is convicted of treason.

Safronov’s arrest sent shock waves through independent Russian media outlets, which dismissed the charges as absurd and mounted a campaign in his support.

Many former journalist colleagues alleged that the authorities may have wanted to take revenge for Safronov’s reporting that exposed Russian military incidents and opaque arms trade deals.

Last year, the FSB reportedly opened an inquiry following the publication of an article by Safronov that claimed that Russia had signed a contract with Egypt for the delivery of sophisticated Su-35 fighter jets. Kommersant later removed the report from its website and no charges were filed.

Roscosmos has said Safronov didn’t have access to state secrets and that the charges didn’t relate to his work for the space corporation, which he joined in May.

Prior to that, Safronov worked for Kommersant for nearly a decade and for a year for another business daily, Vedomosti.

Safronov’s father also worked for Kommersant and covered military issues after retiring from the Russian armed forces. He died in 2007 after falling from a window of his apartment building in Moscow.

Investigators concluded that he killed himself, but some Russian media questioned the official version, pointing to his intent to publish a sensitive report about secret arms deliveries to Iran and Syria.