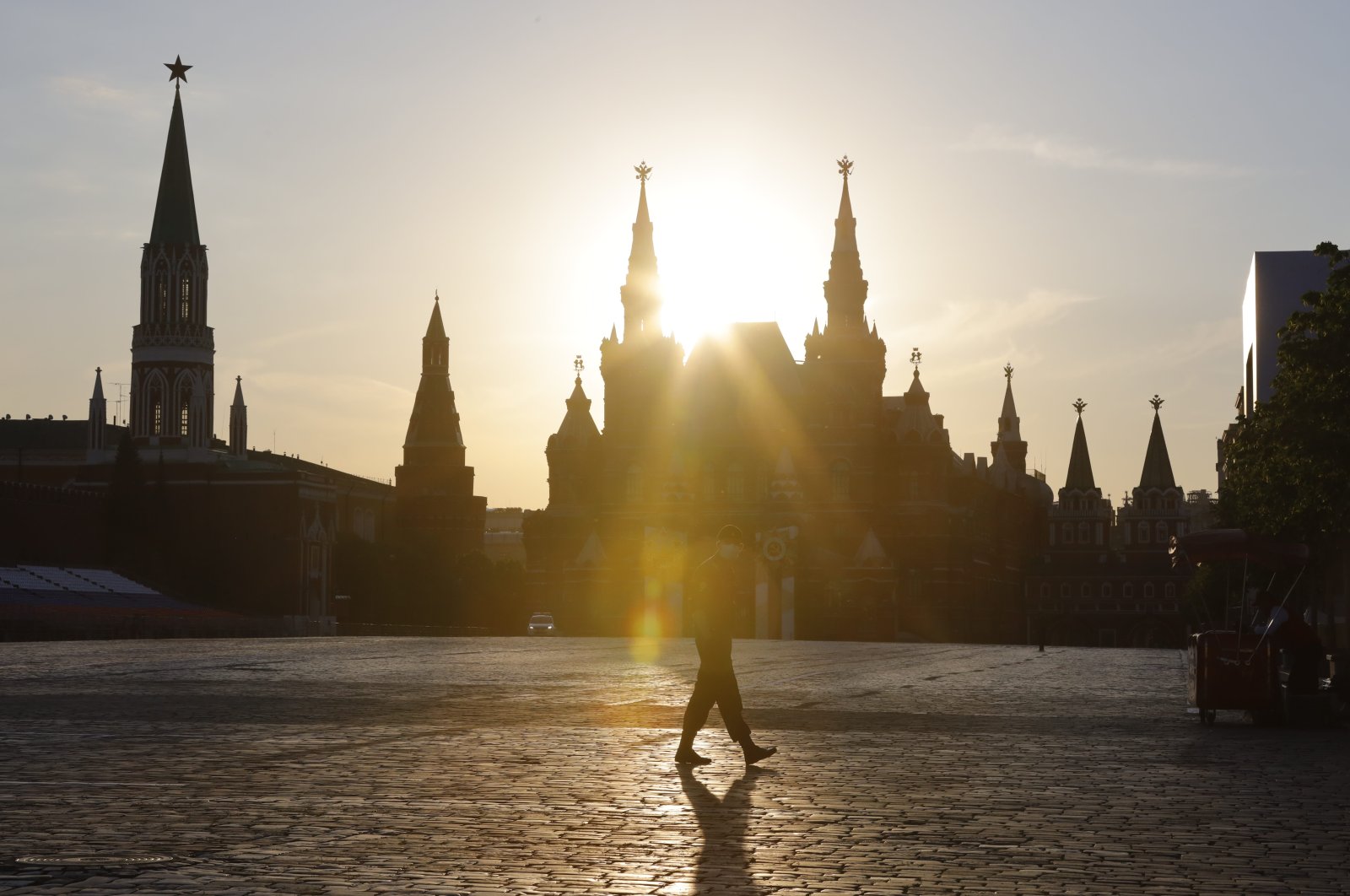 A Russian police officer, wearing a face mask and gloves to protect against coronavirus guards an area on Red Square before a rehearsal of the military parade in Red Square during sunset in Moscow, Russia, Sunday, June 14, 2020. (AP Photo)
by Compiled from Wire Services
Jun 15, 2020 12:27 pm

Russia on Monday expelled two Czech diplomats, retaliating over the expulsion of two of its own embassy workers from Prague this month over a fake story about a poison plot.

The Russian Foreign Ministry summoned Czech envoy Vitezslav Pivonka and informed him that "two employees of the Czech Embassy in Moscow are declared personae non-gratae" and ordered to leave the country by Wednesday evening, the ministry said.

Russian officials emphasized that the decision was made based on the Vienna Convention on Diplomatic Relations of 1961.

The Kremlin on Monday said it would not tolerate unfriendly gestures. Kremlin spokesman Dmitry Peskov said Russia would continue to respond adequately in such situations, but said it remained interested in having good relations with all countries.

The move came after the Czech Republic accused a Russian embassy employee of spreading false information about a planned poison attack and expelled two Russian diplomats, prompting an angry reaction from Moscow.

The Russian Foreign Ministry slammed the expulsion in a statement as a "hostile measure" and said it would deal a "serious blow" to Russian-Czech relations.

In April, the Czech daily, Respekt, cited security sources as saying that a Russian national using a diplomatic passport had arrived in Prague carrying ricin, a toxic poison that can be used as a biological weapon.

Around the same time, three Prague politicians who had each made political gestures that angered Russia were placed under police protection.

Mikhail Bryukhanov, head of the Russian foreign ministry's international cooperation agency Rossotrudnichestvo, said both of the expelled diplomats were its employees.

"The decision is absolutely unjustified and it obviously won't help relations between the two countries," Bryukhanov said.