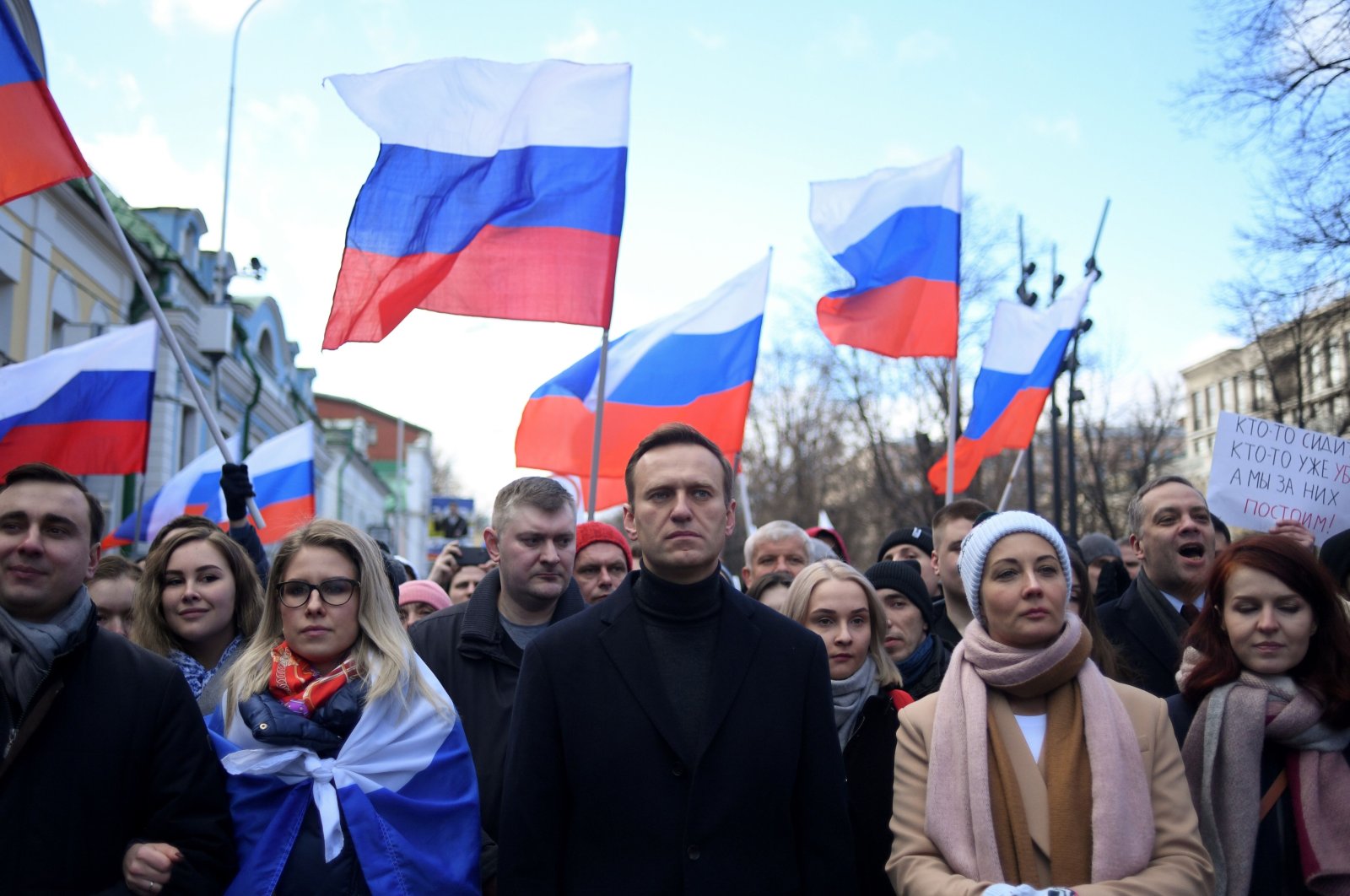 Russia's federal penitentiary service on Monday gave top Kremlin critic Alexei Navalny one day to report to its office or face imprisonment, if he comes back to Russia after the deadline.

Navalny is convalescing in Germany after his August poisoning with a nerve agent, which he has blamed on the Kremlin. Russian authorities have denied their involvement.

The Federal Penitentiary Service issued a statement Monday saying that an article by doctors from Berlin’s Charite hospital and published in medical journal The Lancet indicated that Navalny has fully recuperated.

The prison service demanded that Navalny report to its office in line with the terms of a 3 1/2-year suspended sentence he received for a 2014 conviction. If he misses the deadline, he could be imprisoned, the statement said.

Navalny's lawyer, Vadim Kobzev, tweeted that the agency told the politician to show up at its office on Tuesday morning.

Navalny, who previously said that he planned to return to Russia once he fully recovered, scoffed at the demand, saying that the Federal Penitentiary Service's reference to the article in The Lancet amounted to the government accepting he was poisoned.

"That means that the state has officially recognized the poisoning,” he tweeted. "And where is the criminal case then?”

Navalny fell into a coma while aboard a domestic flight from Siberia to Moscow on Aug. 20. The plane made an emergency landing, and he was transferred from a hospital in Siberia to the Berlin hospital two days later.

Labs in Germany, France and Sweden, and tests by the Organization for the Prohibition of Chemical Weapons, established that he was exposed to a Soviet-era Novichok nerve agent.

Russian authorities have insisted that doctors who treated Navalny in Siberia before he was airlifted to Germany found no trace of poison and have challenged German officials to provide proof of his poisoning. They refused to open a full-fledged criminal inquiry, citing the lack of evidence that Navalny was poisoned.

The European Union imposed sanctions on six Russian officials and a state research institute after tests by the Organization for the Prohibition of Chemical Weapons concluded that Navalny had been exposed to Novichok. Russia has hit back with its own sanctions against EU officials.

Last week, Navalny released the recording of a phone call he said he made to a man he described as an alleged member of a group of officers of the Federal Security Service, or FSB, who purportedly poisoned him in August and then tried to cover it up. Navalny made the call hours before the investigative group Bellingcat released a report alleging that FSB operatives with specialized training in chemical weapons followed him for years and were in close vicinity when he was poisoned.

In the call, Navalny introduced himself as a security official and beguiled his interlocutor into sharing details of the alleged poisoning operation and acknowledging that he was involved in the "processing” of Navalny’s underwear so "there wouldn’t be any traces” of poison.

The FSB dismissed the recording released by Navalny as fake.