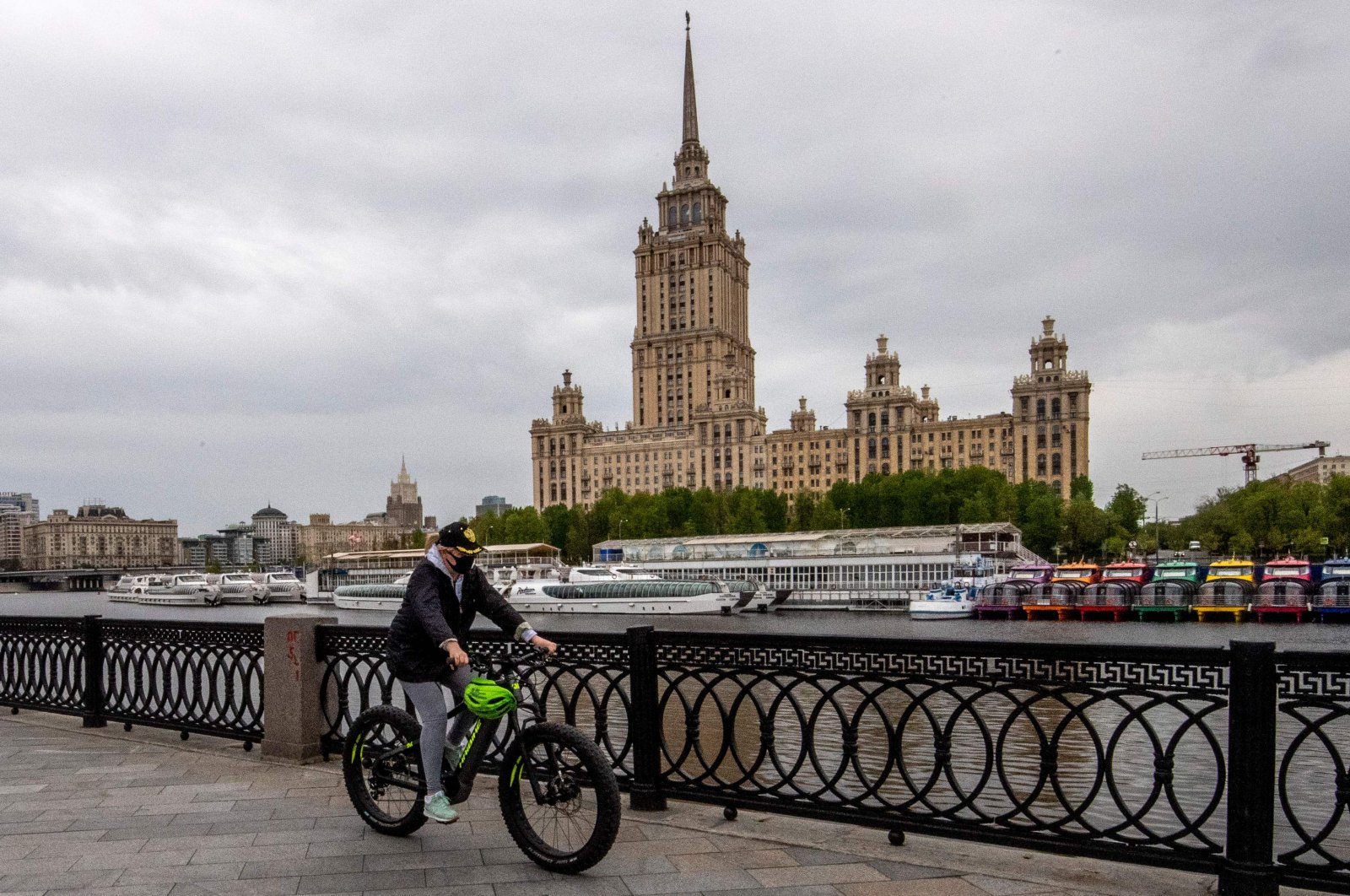 With a rapidly rising COVID-19 caseload and more than 230,000 confirmed cases, Russia surpassed the U.K. and currently ranks second in the world in the number of officially confirmed coronavirus infections worldwide after the U.S.

Russia reported another surge in infections yesterday, bringing the total to more than 232,243 cases as authorities began to gradually ease restrictions. A government tally yesterday showed 10,899 infections over the last 24 hours.

Despite reporting more than 10,000 new cases a day for over a week, President Vladimir Putin on Monday announced that a "non-working" period in place for six weeks would be lifted from Tuesday. A lockdown in Moscow, the epicenter of the crisis in Russia, remains in place until the end of May, but even in the capital, some restrictions were being lifted. Some 500,000 employees of companies involved in industry and construction were allowed to resume work, though authorities made it mandatory to wear masks and gloves in shops and on public transport.

Russia's reported mortality rate is much lower compared with other European countries hit hard by the pandemic, with 107 new deaths and 2,116 dead from the coronavirus as of yesterday. Authorities say this is because Russia moved quickly to close its borders and isolate those at risk, convert hospitals to treating virus patients and launch a vast campaign to test and quarantine those infected.

Russian officials attribute the rising, large number of cases to a massive testing program which they say has seen over 5.6 million tests conducted. Four top Russian officials in two weeks, including Prime Minister Mikhail Mishustin, were hospitalized due to the outbreak.

Slow progress in US

Swathes of the U.S. have opened up in recent days, despite warnings that the virus is not fully under control in the world's worst-hit country. There was some qualified good news for Americans Monday, with a tally showing 830 deaths in 24 hours, a second consecutive day of fewer than 900. Nevertheless, more than 80,000 people are known to have died from the disease since it hit America's shores. The true human cost could be much higher.

President Donald Trump is pressing for a quicker reopening of the U.S. economy, which has been hammered by the fallout from mass lockdowns and social distancing. Trump has been criticized as essentially abdicating any leadership role during the pandemic, leaving states on their own to grapple with their outbreaks and even bid against each other to obtain critical medical equipment on the open market or abroad.

Top infectious diseases expert Anthony Fauci, who has become the trusted face of the government's virus response, yesterday warn the Senate that the U.S. will see "needless suffering and death" from the coronavirus if it tries to reopen too soon, The New York Times reported.

"If we skip over the checkpoints in the guidelines to 'Open America Again,' then we risk the danger of multiple outbreaks throughout the country. This will not only result in needless suffering and death, but would actually set us back on our quest to return to normal," said Fauci.

"Opening Up America Again" is the administration's guidelines on a three-phase approach to help state and local officials reopen their economies while observing medical advice on limiting the spread of the virus.

Among the administration's requirements before moving to a phased comeback, states should have a "downward trajectory" of documented cases or positive tests, as a percentage of total tests, over two weeks. There should be a robust testing program for at-risk health care workers, with asymptomatic cases screened as well, and contacts of positive cases traced.