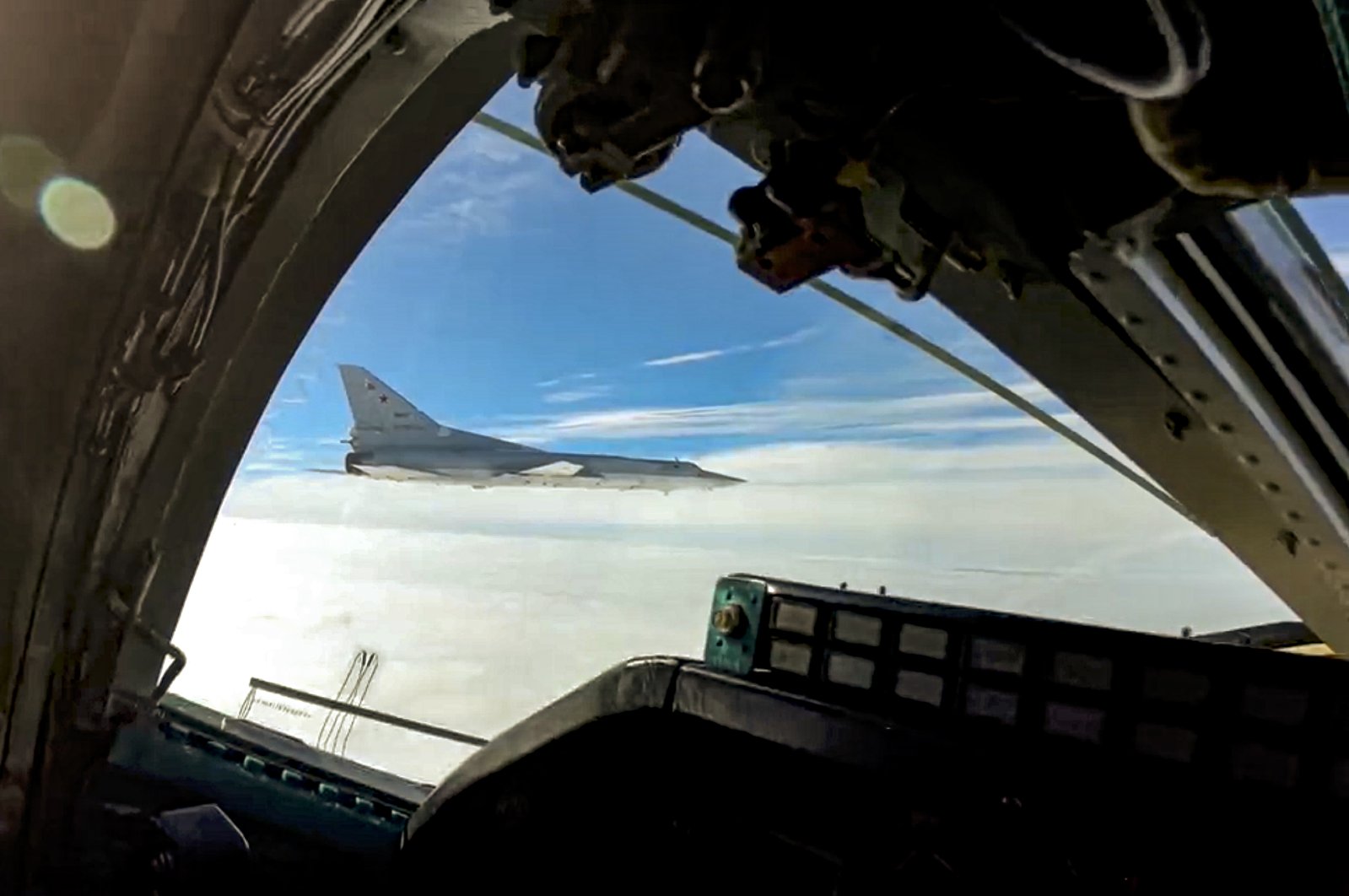 In this handout photo taken from a video released by the Russian Defense Ministry Press Service on Wednesday, a long-range Tu-22M3 bomber of the Russian Aerospace Forces flies to patrol the airspace of Belarus, Nov. 11, 2021. (AP Photo)
by ASSOCIATED PRESS Nov 11, 2021 1:45 pm
RECOMMENDED

Russia sent two nuclear-capable strategic bombers on a training mission Thursday over Belarus in a show of Moscow's support for its ally amid a dispute over migration at the Polish border.

The missions marked the second time in two days that Russia sent nuclear-capable bombers into the skies over Belarus.

Russia has strongly supported Belarus amid a tense standoff this week as thousands of migrants, most of them from the Middle East, gathered on the Belarusian side of the border with Poland in the hope of crossing into western Europe.

The European Union (EU) has accused Belarus' authoritarian President Alexander Lukashenko of encouraging illegal border crossings as a "hybrid attack” to retaliate against the EU sanctions on his government for its crackdown on internal dissent after Lukashenko's disputed 2020 reelection.

Belarus denies the allegations but has said it will no longer stop refugees and migrants from trying to enter the EU.

The Belarusian Defense Ministry accused Poland on Thursday of an "unprecedented” military buildup on the border, saying that migration control did not warrant the concentration of 15,000 troops backed by tanks, air defense assets and other weapons.

"It looks more like forming a strike group of forces,” the ministry said, adding that the Polish military buildup prompted Belarus to respond with actions "both independently and within the existing agreements with our strategic ally,” a reference to Russia.