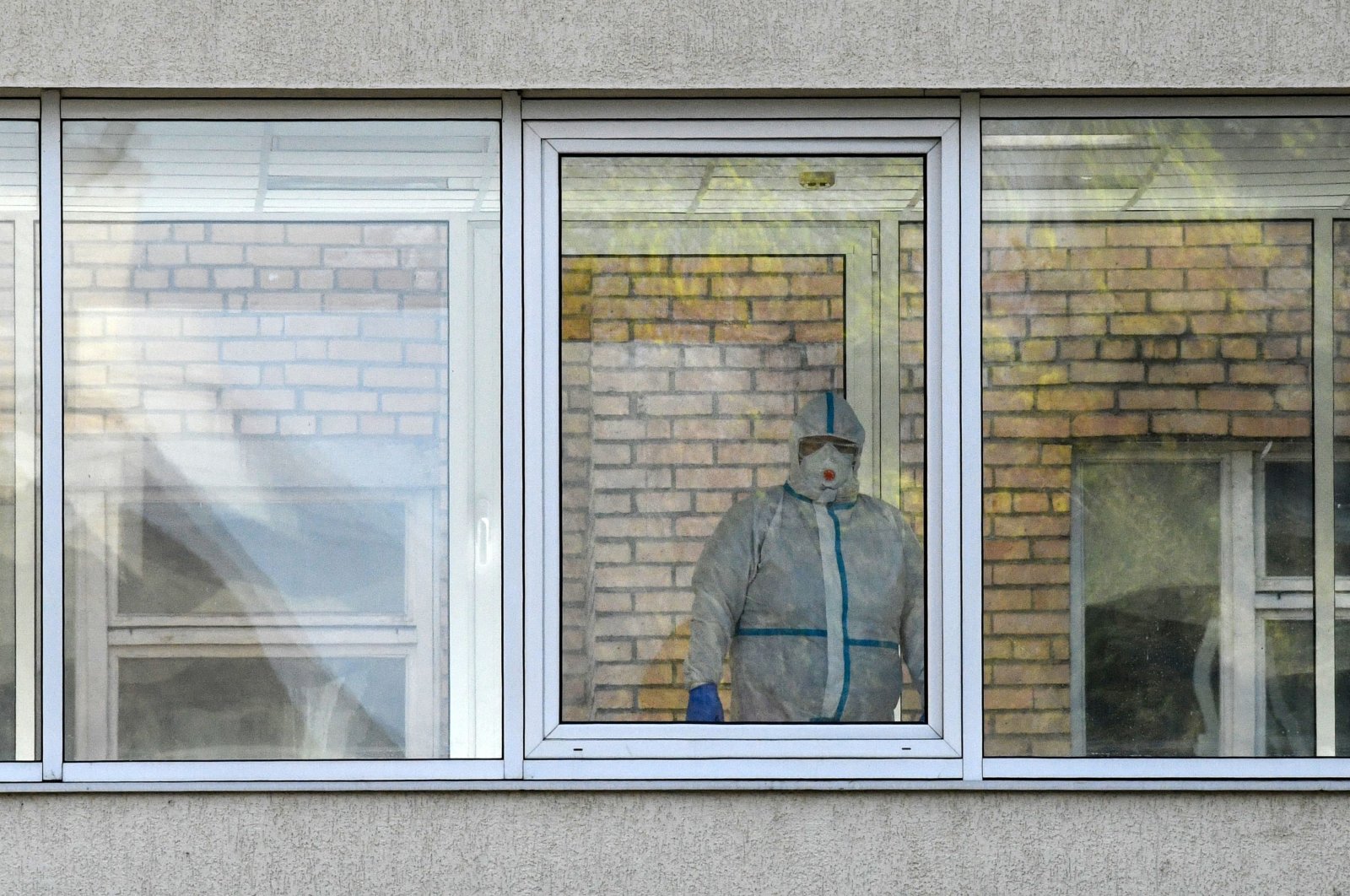 A health worker wearing protective equipment looks behind a window inside a hospital, where patients infected with the COVID-19 are being treated, in Khimki, outside Moscow, Russia, May 3, 2020. (AFP Photo)
by German Press Agency - DPA Dec 29, 2021 2:00 pm
RECOMMENDED

Russia is introducing compulsory medical examinations and fingerprinting for foreigners from Wednesday, in rules that have already provoked strong opposition.

Under the law, elaborate medical checks will be required every three months starting early next year, including blood tests and X-rays or CT scans for some.

Russia's Foreign Ministry in Moscow said it would seek "favorable conditions" for foreign members of the media and their families.

The German-Russian Chamber of Commerce (AHK) has already warned that there could be consequences for the Russian economy if the new rules are implemented consistently.

If business representatives are affected, there is a risk that "foreign managers important to Russia could turn away from Russia on a large scale," the AHK said.

The chamber urged the Russian government to weaken the rules in a letter sent in December.

Under the rules, foreigners must be tested for tuberculosis, syphilis and HIV. The AHK says the results must be sent to Russian immigration authorities and that fingerprints are also mandatory.

Anyone, who refuses to comply, risks having their work permits revoked.

The rules apply to all foreigners and their family members, including children aged 6 and above. Russian authorities argue the new procedure is a health measure that will benefit the country.

But Russian newspaper Novaya Gazeta, which is critical of the Kremlin, has asked whether it is really a matter of discrimination.

It was unclear if foreigners would have to leave the country or face other consequences if the tests showed they were ill. It was also unclear how such exams will be organized safely during the coronavirus pandemic.

Data protection in Russia is also patchy, with repeated instances of large amounts of personal data being released into the public domain.