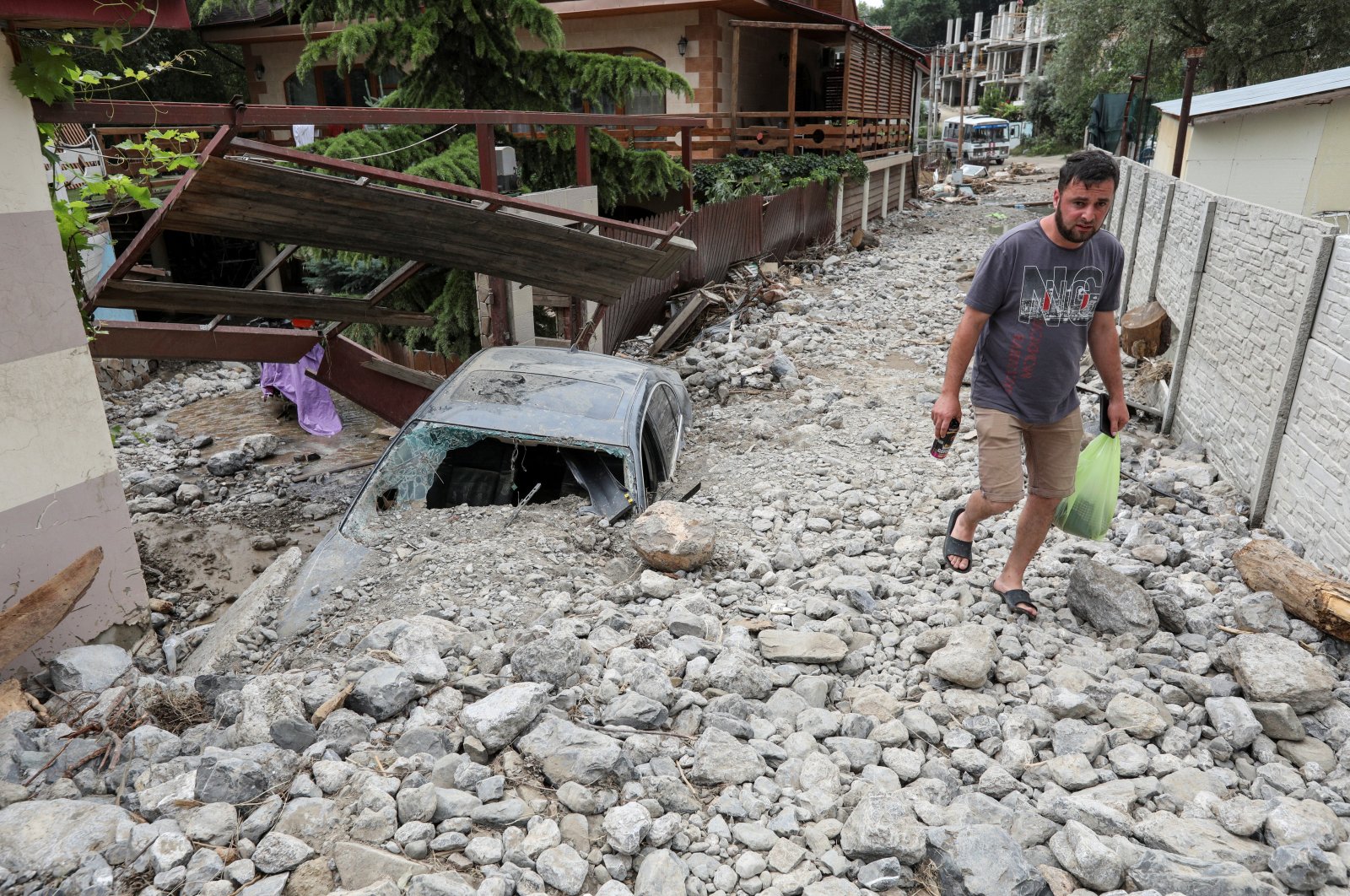 A Crimean human rights activist criticized Russia for subjected Crimean Tatars to "inhumane" measures and targeting them in their places of worship.

Speaking at an online international conference titled "Crimea is Ukraine," organized by the Islamabad Institute of Conflict Resolution (IICR), an Islamabad-based think tank, Lütfiye Zudiyeva, a human rights activist from Crimea, said the Tatar Muslim ethnic minority is being persecuted by Russian forces in Crimea.

"Many of them (Crimean Tatars) openly opposed Russia's invasion which began in 2014, as our people became a minority in our homeland," she said.

She said the Russian forces arrested hundreds of Muslims and sentenced them on terrorism charges.

"About 50,000 Tatar residents have already left Crimea while at the same time Russia has been substituting the population of Crimea. Over the past seven years, about 200,000 Russian citizens have been moved from Russia to Crimea," she added.

"Dozens of our people have gone missing, and nothing is known about the fate of a member of the Executive Council of the World Congress of Crimean Tatars who was arrested by the Russian forces."

Ukraine's First Deputy Foreign Minister Emine Dzhaparova told the conference that the situation of human rights violations in Crimea is of deep concern for her country.

"If you dare to say publicly that Crimea is Ukraine, you can be detained, at least for five years. We call Crimea a military base (of Russia)," she said.

"By squeezing out the citizens of Ukraine, Russia is trying to bring as many newcomers as possible, and at least half a million Russian citizens have already moved into the Crimean peninsula," the Ukrainian minister said.

She rejected the Russian terror charges against Tatars, saying: "We never had any terrorist attack before 2014. This is a matter of fact, but immediately after the occupation, we found ourselves living in this false reality where Russia, using media experts and officials, tried to show Crimean Tatars as extremist."

She also explained her government's strategy on Crimea and hoped that Pakistan and other countries would support Ukraine to end the "illegal Russian occupation" of Crimea.

Dzhaparova also said Ukraine will observe Feb. 26 as a day of resistance to the occupation and May 18 as a day of remembrance of the victims of the genocide of the Crimean Tatar people.

Ukraine and Russia have been at loggerheads since Moscow's 2014 annexation of Crimea, a takeover both Turkey and the U.N. consider illegal. Ukraine has also been plagued by Russian-backed separatists in the country's east.

Anton Korynevych, permanent representative of the Ukrainian president in the Autonomous Republic of Crimea, said his government decided to support its Crimean citizens and provide them with good educational opportunities while offering financial support to political prisoners.

"We are also constantly in contact with our citizens residing in Crimea, including internally displaced persons, while the protection of Crimean Tatar indigenous people is very important for the state of Ukraine," he said.

Markian Chuchuk, Ukraine's ambassador to Pakistan, and Sabah Aslam, founder and executive director of the IICR, also spoke at the occasion.

During World War II, Soviet Russia had to leave Crimea to the Germans.

Crimean Tatar Turks successfully fought against Nazi Germany by joining the Soviet ranks. Despite this, Russian commanders accused Crimean Tatars of "cooperating with the Germans."

After the Russian Red Army recaptured Crimea from Adolf Hitler's Germany, Crimean Tatar Turks began to come under pressure from the Russians.

Reports were prepared for the Soviet administration demanding the complete expulsion of Crimean Tatars from their homelands.

Nearly half of those who were exiled lost their lives on roads due to illness, hunger and difficult conditions.

After Crimean Tatars were expelled from the peninsula, systematic efforts were made to erase traces of the Turkic culture and other communities.

With the decision of the Soviet Union at the end of 1944, all Turkic place names in Crimea were changed to Russian.