Russia supports surveillance treaty after US pulls out 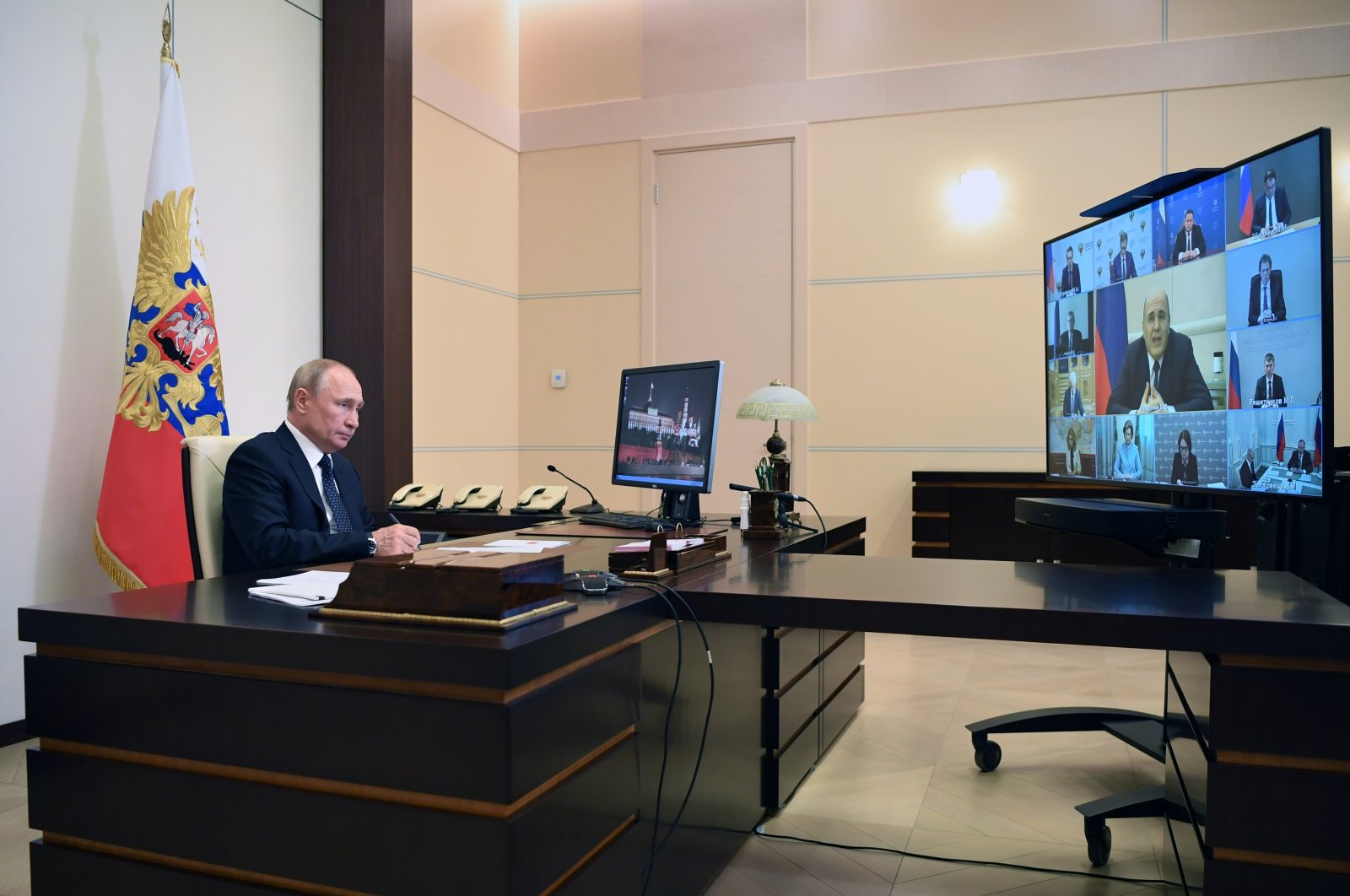 Russian President Vladimir Putin takes part in a videoconference with Cabinet officials, with Russian Prime Minister Mikhail Mishustin, who has fully resumed his duties after recovering from the coronavirus in the center of the screen, at the Novo-Ogaryovo residence outside Moscow, Russia, May 19, 2020. (Kremlin Pool Photo via AP Photo)
by French Press Agency - AFP
May 22, 2020 2:30 pm

Russia will continue to observe an international treaty that allows spy planes access to other countries' airspace even if the U.S. pulls out, officials said Friday.

The Open Skies treaty allows its 34 full members to carry out unarmed surveillance flights over other member countries at short notice.

But U.S. President Donald Trump announced Thursday he planned to pull out of the accord, the latest in a series of U.S. withdrawals from major international agreements.

"As long as the treaty is in force, we intend to fully follow all the rights and obligations that apply to us from this treaty," he told RIA Novosti news agency.

The treaty, which was signed in 1992 and came into force in 2002, is seen as an important tool to prevent conflicts by allowing nations to monitor weapon build-ups.

Grushko said Russia was "acting on the basis that all the other countries will act in the same way" and "take a conscientious approach to the obligations of parties to this treaty."

The Russian diplomat said the U.S. pullout would damage European security and harm the interests of U.S. allies.

France, Germany and eight other European nations said Friday that they "regret" the decision by U.S. President Donald Trump to exit the Open Skies mutual military surveillance treaty with Russia.

"We regret the announcement by the United States of its plan to pull out of the Open Skies treaty, even though we share the concerns about how the accord is being carried out by the Russian Federation," the countries said in a joint statement issued by France's foreign ministry.

China, which is not a party to the treaty, expressed "deep regret" over the U.S. move, calling it a "display of the United States' entrenched Cold War mentality."

The withdrawal "will have a negative impact on the international arms control and disarmament process," foreign ministry spokesman Zhao Lijian said at a regular press briefing in Beijing on Friday.

NATO ambassadors are meeting Friday to discuss the US withdrawal, due to take effect in six months' time.

"The Open Skies treaty is a crucial element in the framework for reinforcing trust that has been created in the past decades, aimed at increasing transparency and security for the euro-Atlantic zone," it said.

The European nations said they would work to resolve "outstanding questions" with Moscow, including "unjustified restrictions" imposed on flights over Kaliningrad, a Russian exclave bordered by Poland and Lithuania.

"We continue to urge Russia to lift these restrictions and pursue the dialogue with all parties" to the treaty, they said.

The treaty has been signed by countries across Europe, the former Soviet Union and the U.S. and Canada.