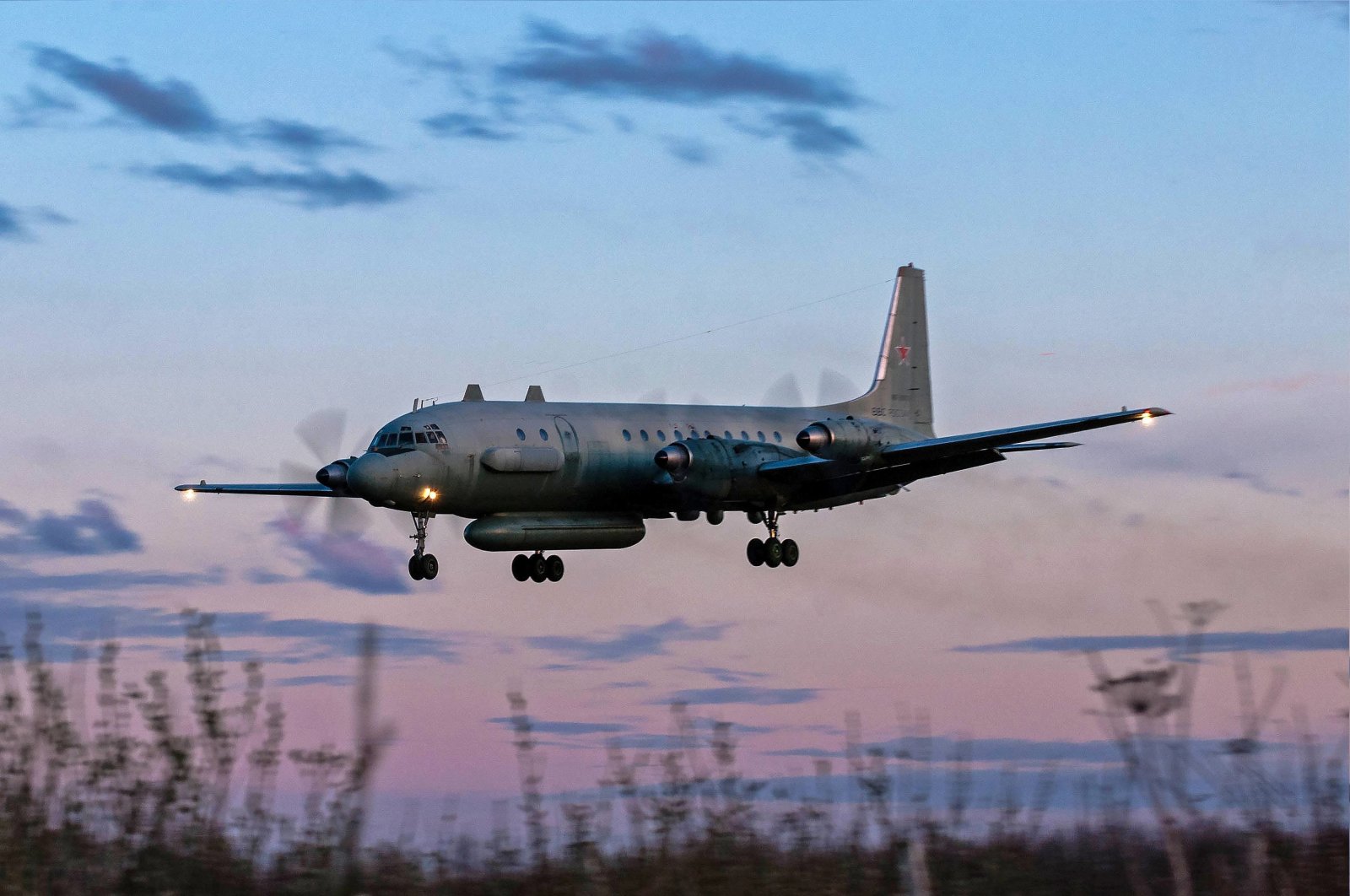 According to outlets, the Russian military played hockey on board the An-124 cargo plane during the flight.

Leaked footage showing the ice hockey rink installed in the aircraft prompted many people to ask a simple question: why? But there was no such simple answer.

The aircraft flew over Russia rehearsing for a record-breaking game that will take place in June at 33,000-feet. The plane was converted into a flying ice arena at the Migalovo military airfield near Tver.

In the video, four people wearing uniforms are seen playing hockey on a military plane. One player seems unable to start, slipping on the ice and falling to the ground.

An anonymous source told 360TV said that “there is large scale preparation for the annual Day of Military-Transport Aviation, which will be on June 1.”

“The military wants to get into Guinness World Records by holding the first proper hockey match in the air," the source said, adding that the aim is for Putin and Russian Defense Minister Sergei Shoigu to "take part."

The Telegram channel Podym reported that the idea was initially taken as a "joke" but then the military was ordered to prepare the giant Antonov plane for a collision in the sky.

Putin, 68, is known to be a big fan of ice hockey and regularly plays with his officials and Russian tycoons. An online news site Fontanka, said that the match was scheduled to coincide with Shoigu's visit. However, there is no information reported by open sources that Shoigu recently visited the Tver region, or that he plans to in the near future.

Another Russian media outlet, citing a source, reported that the hockey match caught on the video is just a training session. Russia's Ministry of Defense did not comment on the reports.