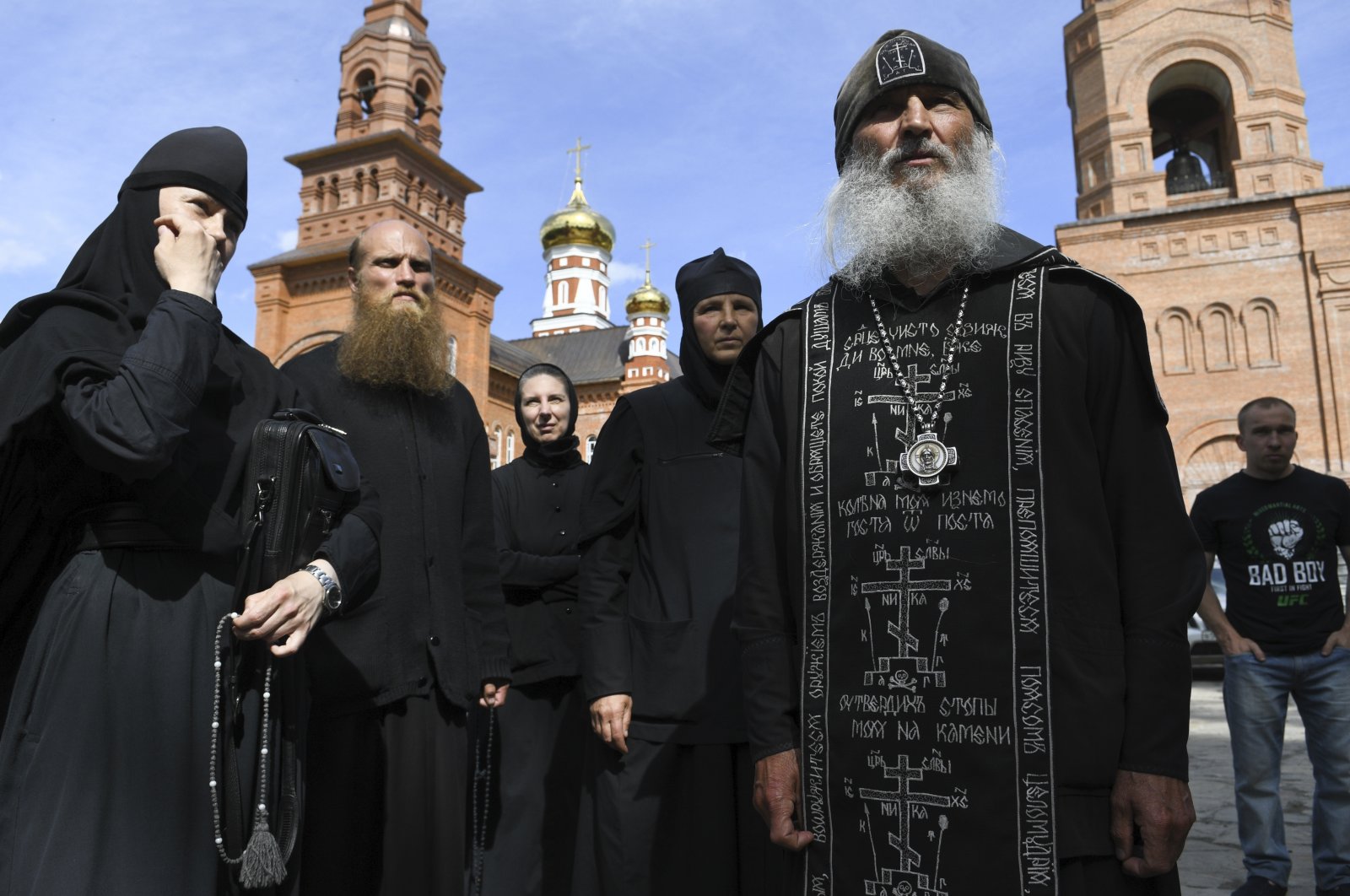 Russian riot police stormed into a monastery Tuesday to detain a rebel monk who has castigated the Kremlin and the Russian Orthodox Church leadership and denied the existence of the coronavirus.

In the overnight showdown, police clashed with supporters of Father Sergiy at the Sredneuralsk monastery outside Yekaterinburg in the Ural Mountains.

The monk was quickly flown to Moscow, where a court was to approve his arrest. Authorities charged him with inciting suicidal action through his sermons in which he urged believers to "die for Russia.”

When the virus arrived in Russia early this year, the 65-year-old monk denied its existence and denounced government efforts to stem the pandemic as "Satan’s electronic camp.”

He has described the vaccines being developed against COVID-19 as part of a global plot to control the masses via chips.

The monk, who has urged followers to disobey the government’s lockdown measures, had holed up at the monastery near Yekaterinburg he founded years ago.

Dozens of burly volunteers, including veterans of the separatist conflict in eastern Ukraine, helped enforce his rules, while the prioress and several nuns left.

The monk chastised Russian President Vladimir Putin as a "traitor to the Motherland” serving a Satanic "world government” and denounced Russian Orthodox Church Patriarch Kirill and other top clerics as "heretics” who must be "thrown out.”

The Russian Orthodox Church stripped Father Sergiy of his abbot’s rank for breaking monastic rules in July, but he rejected the ruling and ignored police investigators' summons.

Facing stiff resistance by hundreds of his supporters, church officials and local authorities appeared reluctant to evict him for months.