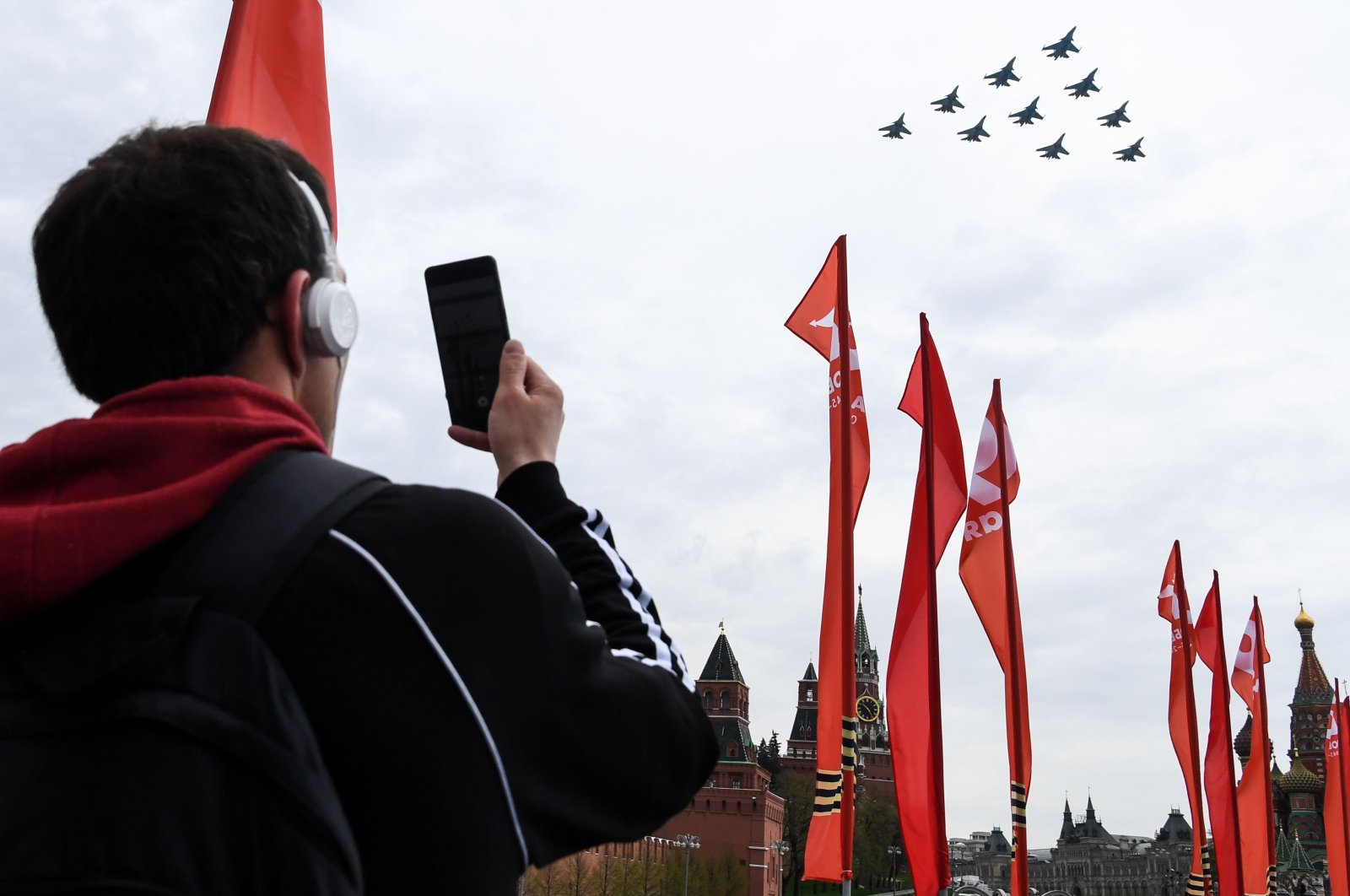 A man takes pictures with his mobile phone of Russian Su-34 fighter bombers, Su-30M jet fighters and Su-35 jet fighters flying over the Red Square during a rehearsal for the Victory Day military parade in Moscow on May 4, 2020. (AFP Photo)
by Agencies May 04, 2020 1:19 pm
RECOMMENDED

Russia registered a near-record in new daily coronavirus cases on Monday as total infections surpassed 145,000, cementing its position as the top reporter of new cases in Europe.

According to data, nearly 6,000 new coronavirus cases have been detected in Moscow.

Russia is emerging as a new hotspot for the coronavirus as many countries in western Europe begin steps to ease lockdown measures after their rates of new infections and deaths dropped. Authorities have charged that broader testing has contributed to a surge.

Despite the sharp rise in cases, Russia's official fatality rate has remained low in comparison to countries including Italy, Spain and the United States.

Officials credit quick moves to close the country's borders, as well as widespread testing and tracking of infections, but critics have cast doubts on the numbers.

Authorities have extended a non-working quarantine period until May 11 but have also indicated they could then gradually lift confinement measures which vary from region to region.

Moscow has emerged as the epicenter of the pandemic in Russia, with around half the total coronavirus cases. Mayor Sergei Sobyanin has warned that "the threat is apparently on the rise" and urged residents to respect confinement rules and anti-virus measures over the May holidays.

Russia marks several public holidays in early May, including for Victory Day on May 9 to celebrate the defeat of Nazi Germany.

President Vladimir Putin had planned a major celebration for this year's 75th anniversary, with world leaders in attendance as thousands of troops and tanks paraded through Red Square.

The coronavirus forced him to cancel the parade and the day will now be marked with military aircraft flying over major cities.

Fighter jets roared over Moscow on Monday as they rehearsed for the event.