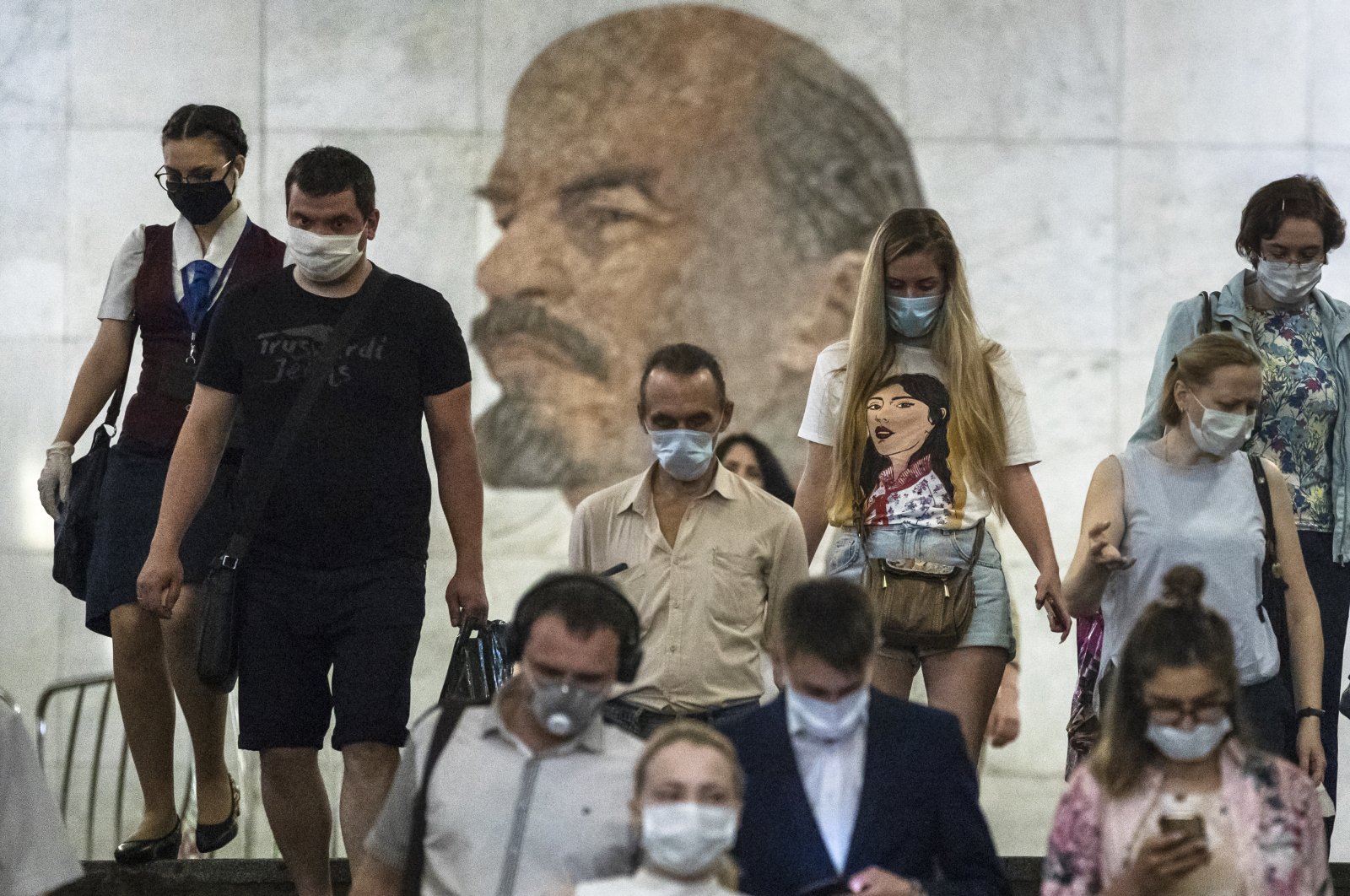 People wearing face masks to protect against coronavirus walk through the subway, with a portrait of Soviet founder Vladimir Lenin in the background, in Moscow, Russia, June 10, 2020. (AP Photo)
by Compiled from Wire Services Jun 11, 2020 11:25 am
RECOMMENDED

Russia on Thursday reported 8,779 new cases of the coronavirus, bringing its nationwide infection tally to 502,436.

Officials said 174 people had died in the last 24 hours, pushing the official national death toll to 6,532.

Experts both in Russia and abroad expressed doubts about the country’s remarkably low pandemic death toll, with some alleging that numbers were manipulated for political reasons. The Russian government repeatedly denied the allegations.

Despite recording almost 9,000 new cases daily for the past month, Russian authorities have started easing lockdown restrictions in many regions – including Moscow, which accounts for about 40% of all virus cases and almost half of officially reported deaths.

This week the Moscow mayor lifted the stay-at-home order in place since late March, allowing residents to travel freely around the city, and gave a green light for a wide range of businesses – such as beauty parlors, restaurants and museums – to reopen in the next two weeks.

Kremlin critics condemn the reopening as premature and link them to the vote on the constitutional reform that would allow President Vladimir Putin to stay in power until 2036, scheduled for July 1.

The Kremlin denied on Thursday there was anything untoward with Russia's official coronavirus death data after the World Health Organisation said this week that Russia's low death rate was "difficult to understand".

Asked if the Kremlin thought the data was strange, spokesman Dmitry Peskov said "no", but that Russia's consumer health regulator would be ready to explain the data to the World Health Organisation.

Russia has the third-highest number of confirmed infections in the world after the United States and Brazil.