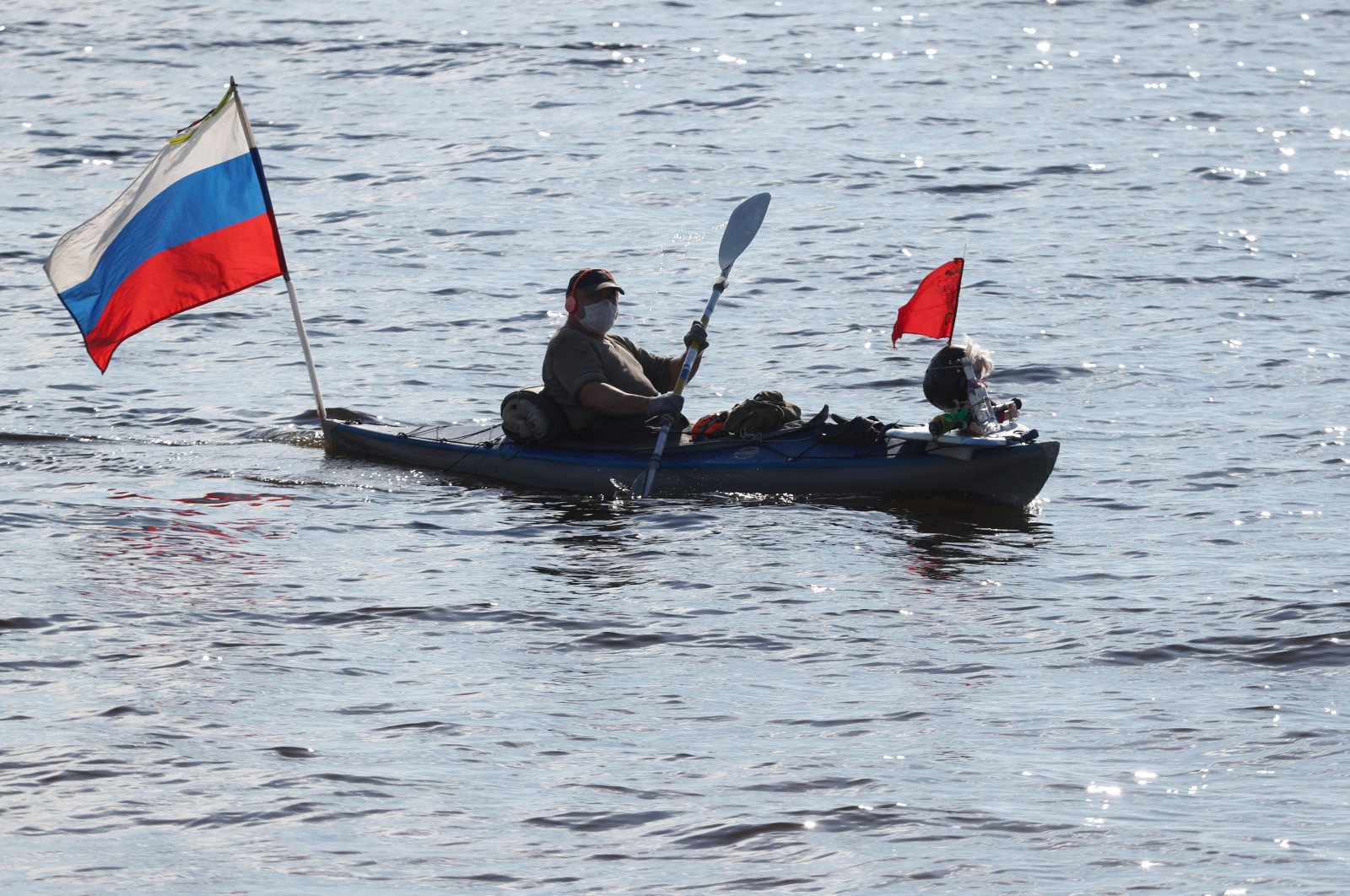 A man wearing a protective face mask paddles a canoe in the waters of the Gulf of Finland amid the outbreak of the coronavirus disease in St. Petersburg, Russia May 27, 2020. (Reuters Photo)
by French Press Agency - AFP May 28, 2020 11:44 am

Russia said Thursday that its death toll from the coronavirus has risen above 4,000 as the daily toll equaled a record set earlier this week.

The authorities said 4,142 people have now died in Russia from the virus, with 174 new deaths over the last 24 hours.

Officials have predicted a higher death toll for May than April, attributing this to the deaths of hospital patients who were admitted during the peak of the epidemic several weeks ago.

President Vladimir Putin on Wednesday lauded a trend towards stabilization in the country's virus situation and Thursday's number of new cases was below 9,000 for the fifth day running at 8,371.

In Moscow, the worst affected city, there were 2,054 new cases, the lowest number since April 23.

Moscow Mayor Sergei Sobyanin on Wednesday announced new steps towards lifting lockdown from June 1 including reopening non-food shops and allowing people to go on walks with masks on.

Russia has the world's third-largest number of confirmed cases at 379,051, behind the U.S. and Brazil.