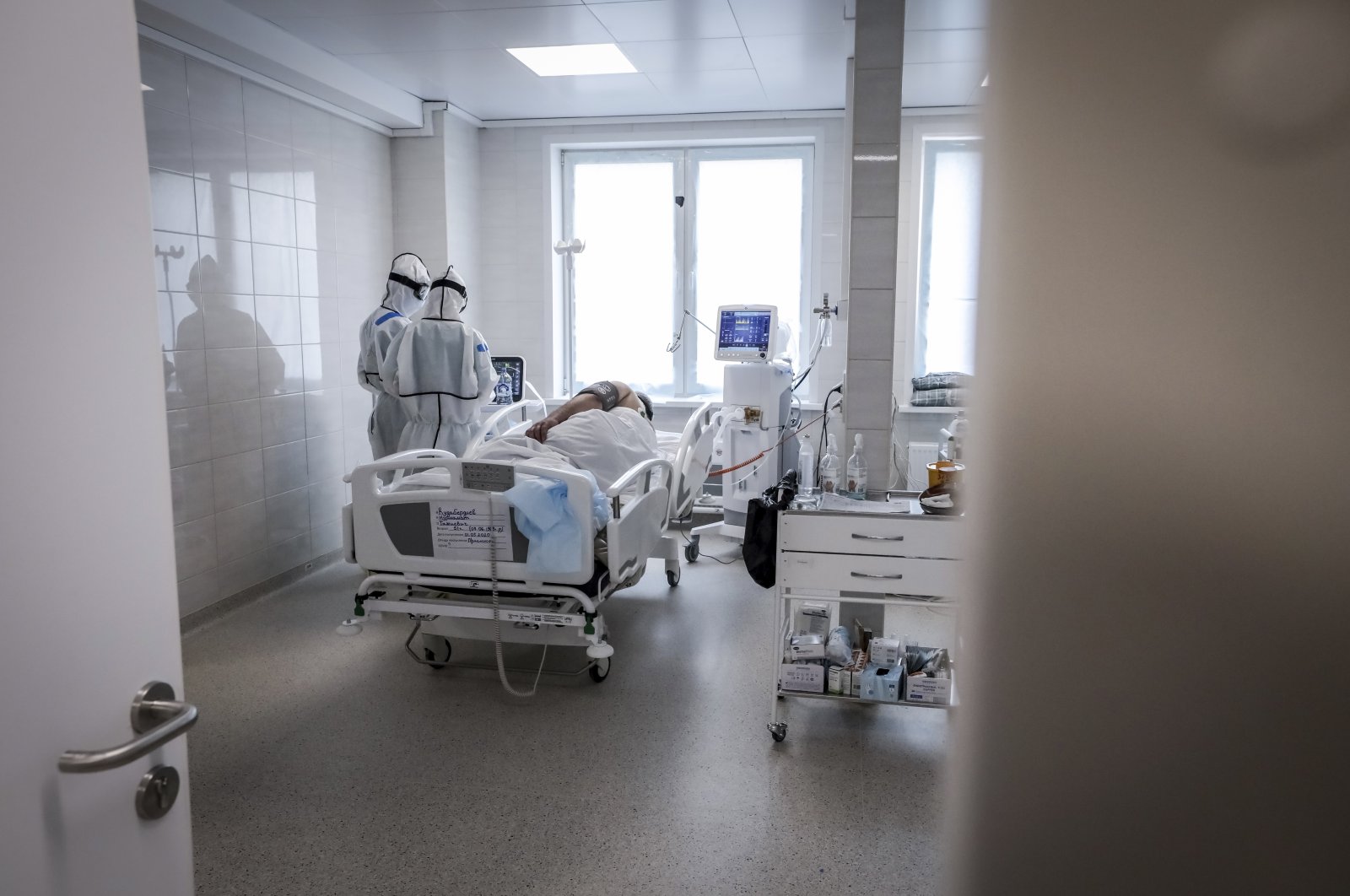 Doctors attend to a patient inside the intensive care unit for people infected with the new coronavirus, at a hospital in Moscow, Russia, Saturday, May 2, 2020. (AP Photo)
by French Press Agency - AFP May 05, 2020 12:44 pm

Russia cemented its place as the European country reporting the highest number of new coronavirus infections Tuesday as its total cases soared passed 155,000.

Russia has emerged as a new coronavirus hotspot as many European countries unveil plans to ease lockdown measures after their numbers of new infections and deaths began to fall.

The number of new cases in Russia is significantly higher compared to other European countries, with the United Kingdom in second place reporting just under 4,000 new infections Monday.

He said Mishustin, who announced he tested positive last week, was continuing treatment under health ministry guidance, adding the prime minister is "actively talking with colleagues by phone."

The authorities say they have carried out more than four million coronavirus tests and Russia's fatality rate has remained low compared to other countries hit badly by the pandemic including Spain, Italy and the United States.