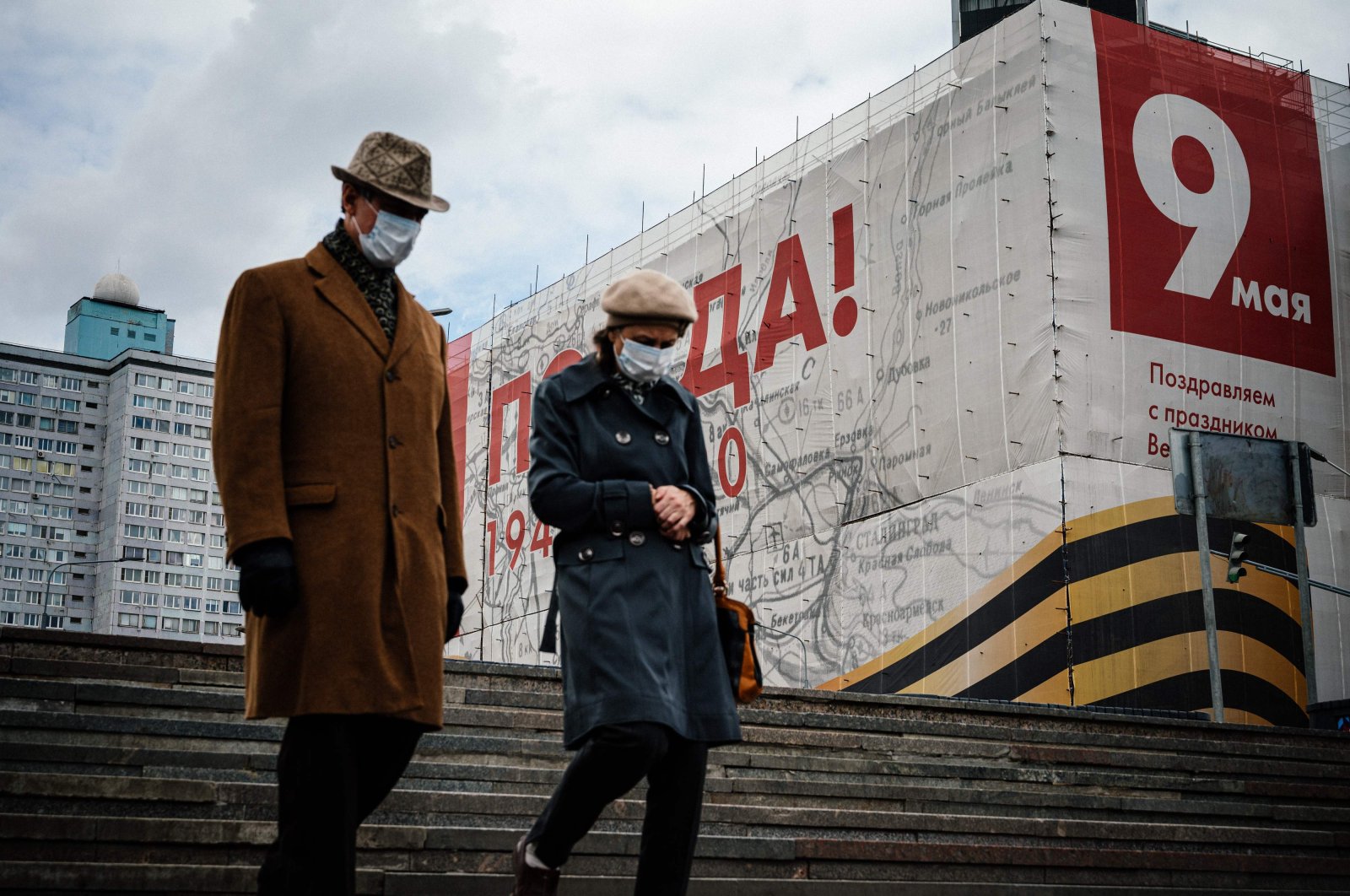 A couple wearing face masks walks in front of a huge banner for the upcoming 75th anniversary of the Soviet victory over Nazi Germany in World War II that is used to cover a building under renovation, Moscow, Russia, May 7, 2020. (AFP Photo)
by French Press Agency - AFP May 08, 2020 11:56 am

Russia on Friday registered more than 10,000 new coronavirus cases for the sixth day in a row, after emerging as a new hotspot of the pandemic.

The country also recorded 98 new deaths from the virus, for a total of 1,723.

Russia now ranks fourth in Europe in terms of the total number of cases, according to an Agence France-Presse (AFP) tally, behind countries where the epidemic hit considerably earlier: Britain, Italy and Spain.

On Thursday, Moscow Mayor Sergei Sobyanin announced an extension of a lockdown in the capital, where most cases are concentrated, to May 31.

He also brought in a rule that people will have to wear masks and gloves in public transport and shops or face fines from Tuesday.

Residents of the capital are only allowed to leave their homes for brief trips to a shop, to walk dogs or to travel to essential jobs with a permit.

Russia has a national non-working period until May 11 that so far has not been extended.

On Saturday, when the country usually marks the Soviet victory in World War II with large-scale military parades, there will only be flypasts and fireworks.

For the first time, President Vladimir Putin will give a speech by the Eternal Flame memorial beside the Kremlin walls instead of during a parade on Red Square.