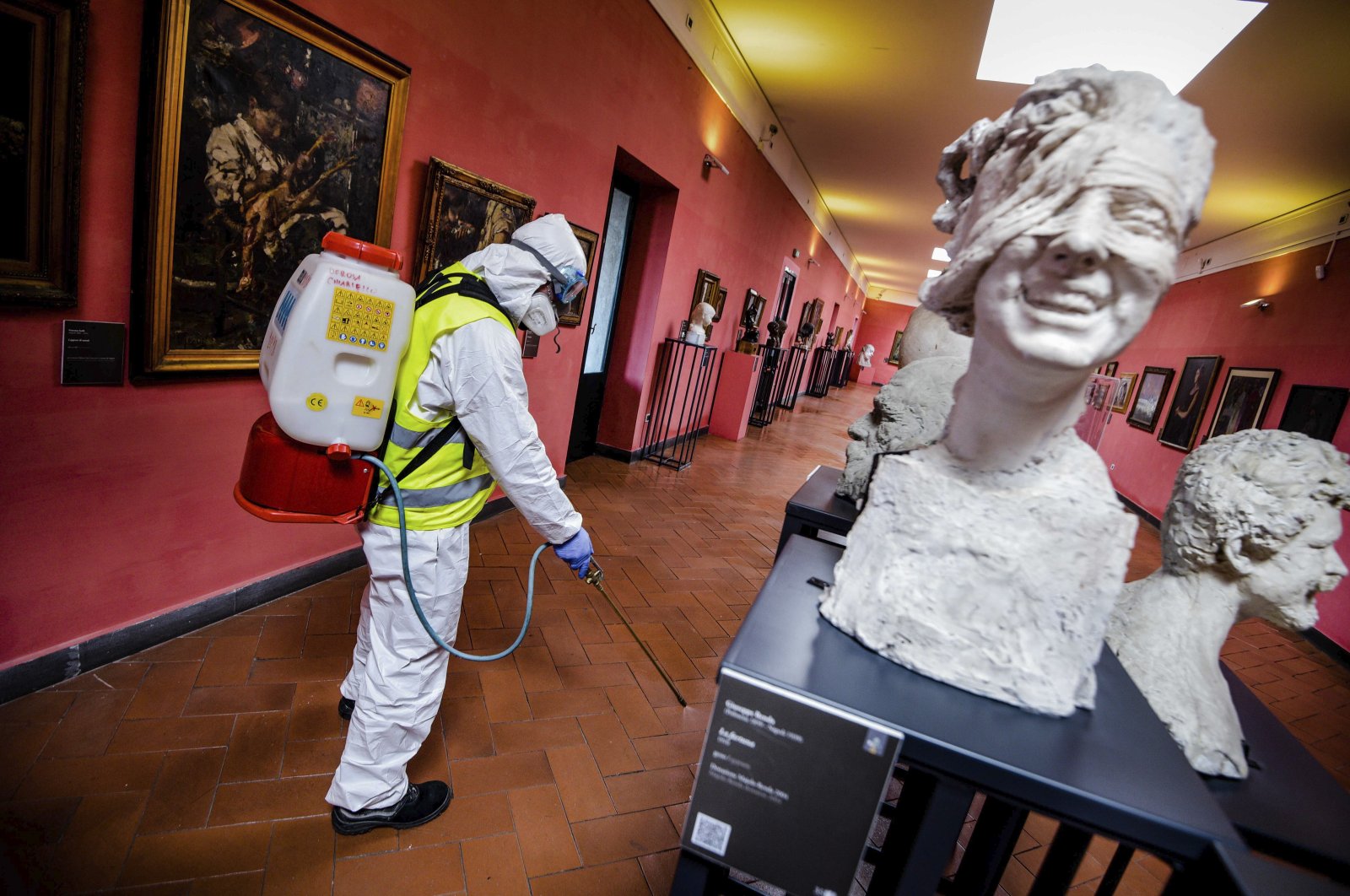 A worker sprays disinfectant to sanitize against coronavirus in the museum hosted by the Maschio Angioino medieval castle, in Naples, Italy, Tuesday, March 10, 2020. (LaPresse via AP)
by Compiled from Wire Services Mar 18, 2020 12:38 pm
RECOMMENDED

The Russian media has deployed a "significant disinformation campaign" against the West to worsen the impact of the coronavirus, generate panic and sow distrust, according to a European Union document seen by Reuters.

"The overarching aim of Kremlin disinformation is to aggravate the public health crisis in Western countries ... in line with the Kremlin's broader strategy of attempting to subvert European societies," the document produced by the EU's foreign policy arm, the European External Action Service, said.

Russia denied the EU allegations yesterday, pointing out the lack of a specific example or link to a specific media outlet in the EU document. "We’re talking again about some unfounded allegations which in the current situation are probably the result of an anti-Russian obsession,” said Kremlin spokeman Dmitry Peskov.

The disinformation campaign promotes unfounded conspiracy theories that the U.S. is behind the COVID-19 outbreak, in an apparent bid to damage the U.S.' image around the world by seizing on health concerns.

"Russia's intent is to sow discord and undermine U.S. institutions and alliances from within, including through covert and coercive malign influence campaigns," said Philip Reeker, the acting assistant secretary of state for Europe and Eurasia.

"By spreading disinformation about coronavirus, Russian malign actors are once again choosing to threaten public safety by distracting from the global health response," he said.

The novel coronavirus that first appeared in central China in the end of last year has infected nearly 200,000 people, killing 8,000 as of Wednesday. With new infections dwindling in Asia, Europe has become the new hotbed for the pandemic. The EU announced a 30-day entry ban for non-EU citizens on Tuesday, a bid to curb the spread of the disease.