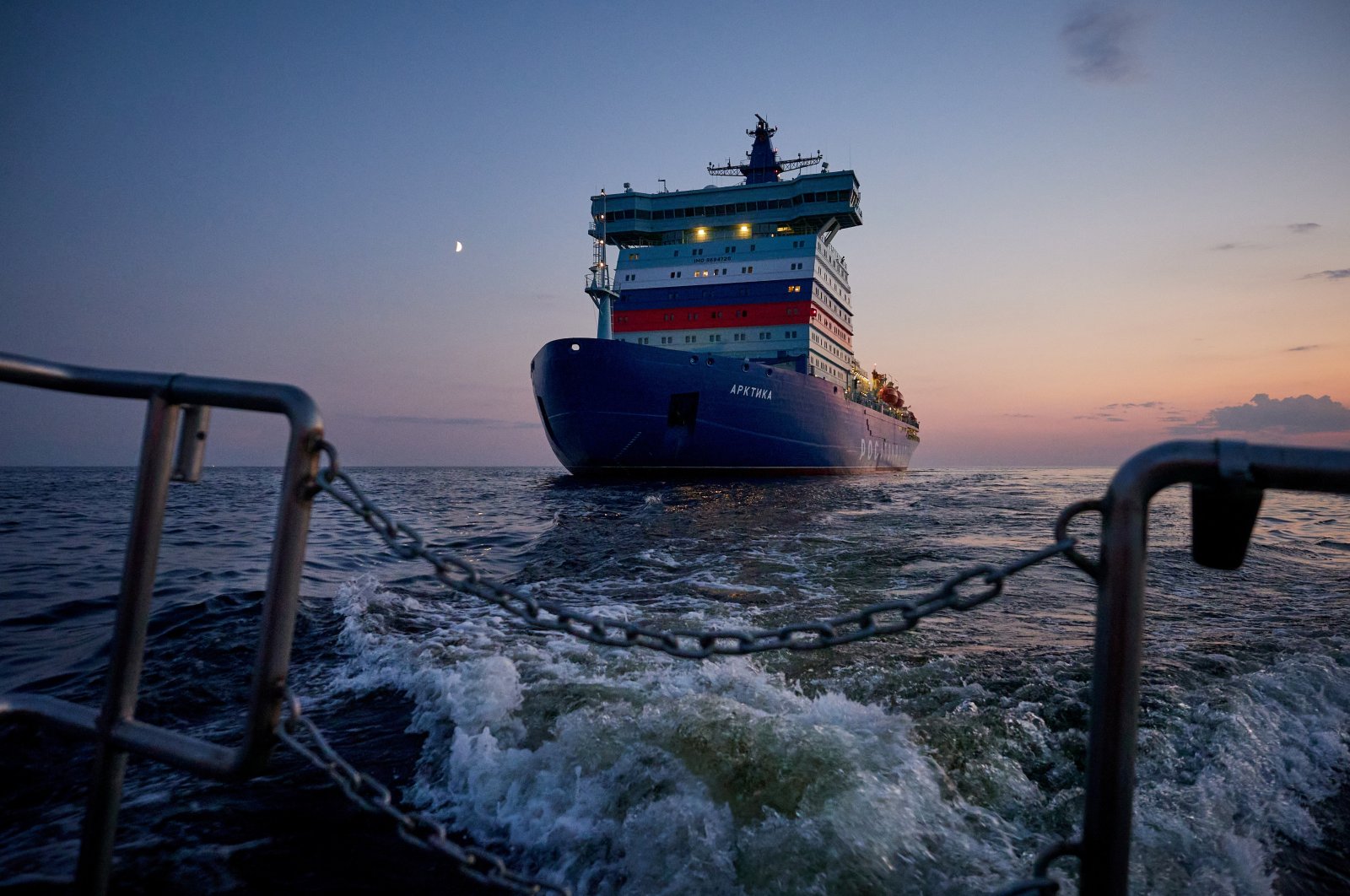 The nuclear-powered icebreaker Arktika is seen during the sea trials in the Gulf of Finland, Baltic Sea, Russia, June 28, 2020. (Reuters Photo)
by Agencies Sep 22, 2020 3:02 pm
RECOMMENDED

A nuclear-powered ice breaker Russia says is the world's largest and most powerful set off Tuesday on a two-week journey to the Arctic as part of Moscow's efforts to tap the region's commercial potential.

Known as "Arktika," the nuclear icebreaker left St. Petersburg and headed for the Arctic port of Murmansk, a journey that marks its entry into Russia's icebreaker fleet.

Russian state firm Rosatomflot has called the vessel the world's largest and most powerful icebreaker. It is more than 173 meters (568 feet) long, designed for a crew of 53 and can break ice almost 3 meters thick.

"The unique domestically built vessel will for the first time find itself in the extreme conditions of Arctic ice where it will have to confirm its status as the flagship of Russia's icebreaker fleet," said its constructors, the Baltic Shipyard in St. Petersburg.

The ship is seen as crucial to Moscow's efforts to develop the Northern Sea Route, which runs from Murmansk to the Bering Strait near Alaska.

"The creation of a modern nuclear icebreaker fleet capable of ensuring regular year-round and safe navigation through the entire Northern Sea Route is a strategic task for our country," Vyacheslav Ruksha, head of Rosatom's Northern Sea Route Directorate, said in a statement.

Prior to its voyage to the Arctic, the icebreaker was tested during sea trials in the stormy waters of the Gulf of Finland, navigating its way through high winds and towering waves.

The ship was named after a Soviet-era icebreaker of the same name that in 1977 became the first surface ship to reach the North Pole.

Russia has stepped up its construction of icebreakers in a bid to increase freight traffic in Arctic waters.

President Vladimir Putin said last year that the country's Arctic fleet would operate at least 13 heavy-duty icebreakers, the majority of which would be powered by nuclear reactors.

Launched in 2016, it is part of a planned fleet of nuclear icebreakers aimed at significantly boosting freight traffic along Russia's Arctic coast, making the passage between the Pacific and Atlantic Oceans navigable all year round.

The Arctic holds huge oil and gas reserves that are being eyed by Russia and other countries including the United States, Canada and Norway.