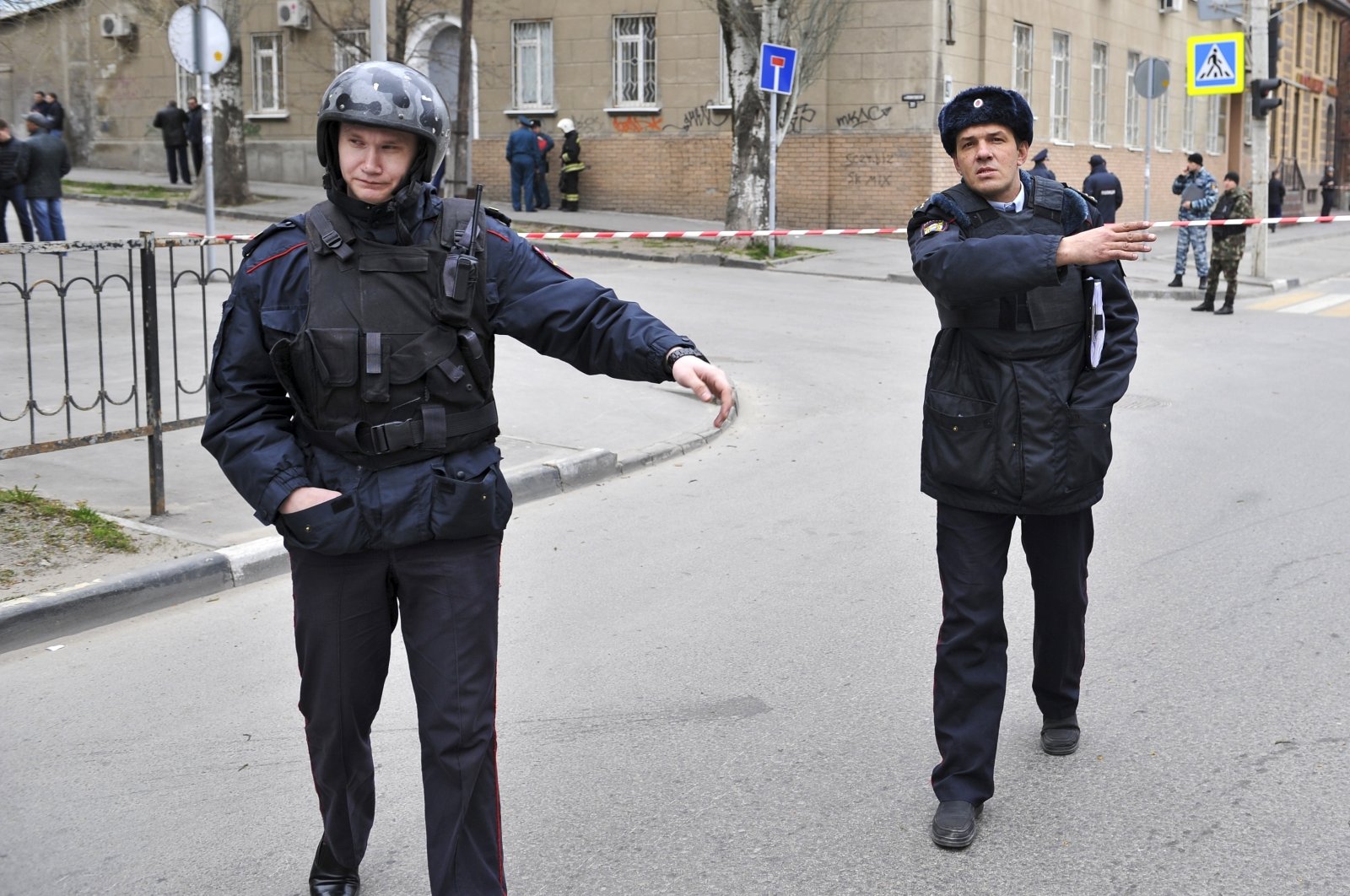 In this file photo, police officers cordon off a street after an explosion occurred in the southern Russian city of Rostov-on-Don, April 6, 2017. (AP File Photo)
by French Press Agency - AFP
Nov 03, 2020 12:01 am

A Russian oligarch reportedly nicknamed the "Sausage King" was killed with a crossbow in his sauna after masked robbers broke into his home, investigators said Monday.

The man and his wife were in their banya – a traditional Russian sauna – outside Moscow overnight when several masked men entered, tied them up and "demanded they give up the money kept in their home," Russia's Investigative Committee said.

The wife managed to get free and alert the police, who discovered the man's body, the Committee said in a statement.

"While inspecting the scene, investigators seized the crossbow the man was shot with," it added.

The robbers escaped in the victim's car, which was found near Istra, a town west of Moscow.

One of the men was arrested Monday evening, Russian news agencies reported.

The Committee, which probes major crimes, did not name the victim.

But Russian media widely reported that it was Vladimir Marugov, who owns numerous meat-processing factories and is known as the "Sausage King," according to the Interfax news agency.