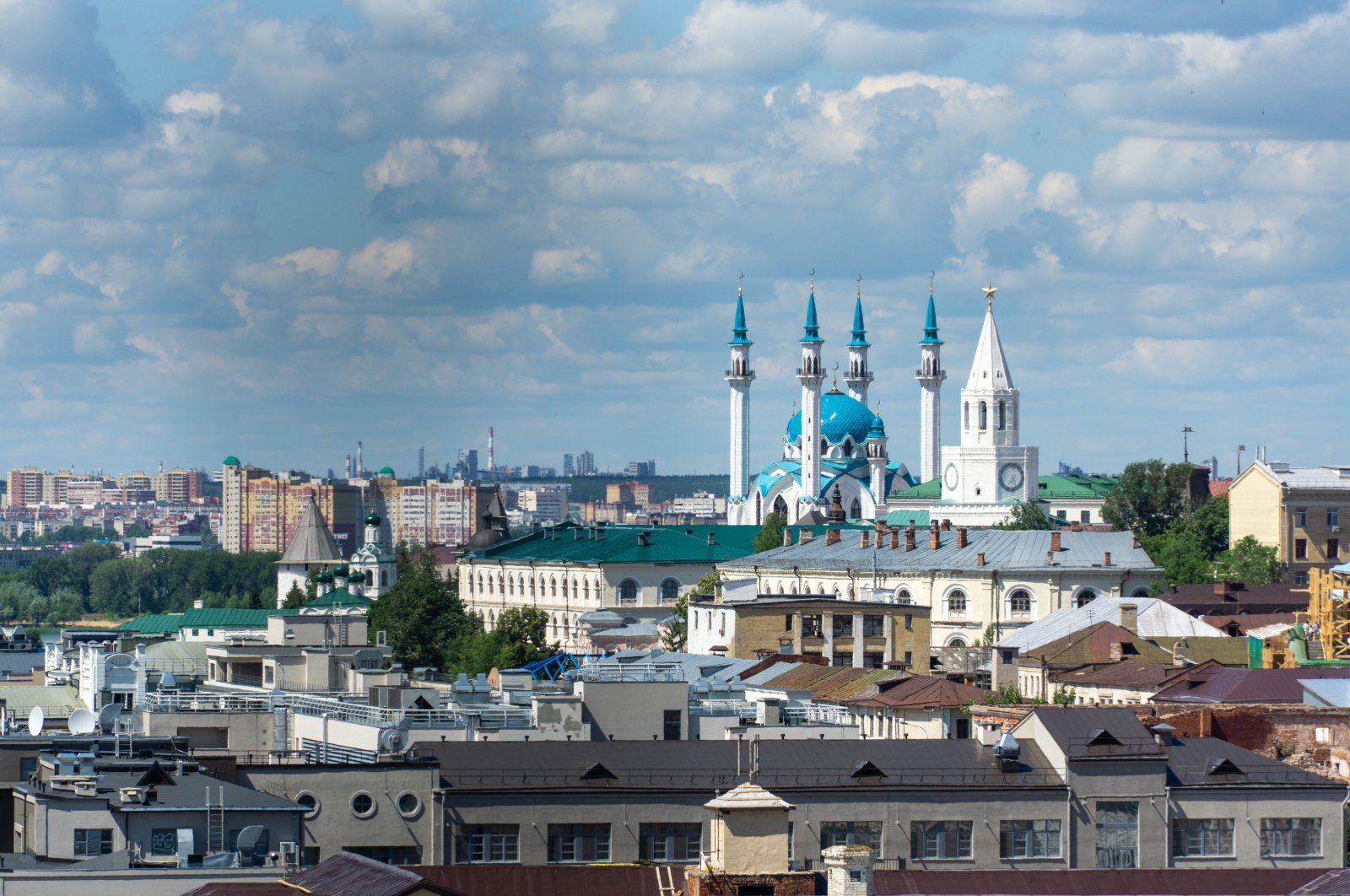 View of Kazan Kremlin from the tower, Tatarstan, Russia. (Getty Images)
by DAILY SABAH WITH AA Oct 27, 2021 9:09 am
RECOMMENDED

Lawmakers in Tatarstan have rejected a resolution introduced by Russia’s lower chamber of parliament to abolish the title of president held by the leader of the Russian autonomous republic.

The Tatarstan State Council voted against the resolution Monday. The decision was greeted with respect by the Kremlin.

"Of course, we respect the opinions of each federal subject of Russia. However, this is one of the considerations to be taken into account as work continues on the bill," said Kremlin spokesperson Dmitry Peskov.

Last month, deputies in the lower chamber of the Russian parliament prepared a bill at the federal level on the use of the title for the heads of federal subjects. According to the bill, it is envisaged that the head of each federal subject will be called chairperson.

"The law can be passed without the approval of the State Council of Tatarstan. This corresponds to the constitution of the Russian Federation and the regulations of the State Duma of the Federal Assembly of Russia," Yevgeny Sultanov, chair of the constitutional and administrative law department at Kazan Federal University, told Russian news agency TASS.

He noted that the response to the draft federal law is considered negative if both the legislative and the highest executive bodies of the state power of the subject speak out against it. If the positions are divided, then it is considered that the opinion is not expressed.

According to Sultanov, Tatarstan, even having refused to support the bill, will not be able to retain presidential status if the law is adopted by the State Duma. "This will contradict federal legislation," Sultanov said.

On Sept. 27, a draft law on regional power was submitted to the State Duma, prepared in pursuance of the updated provisions of the constitution of the Russian Federation. The authors of the bill are State Duma Committee on State Construction and Legislation Chairperson Pavel Krasheninnikov and Federation Council Committee on Constitutional Legislation and State Construction head Andrei Klishas.

Tatarstan remains the only region of the country whose head is called president.