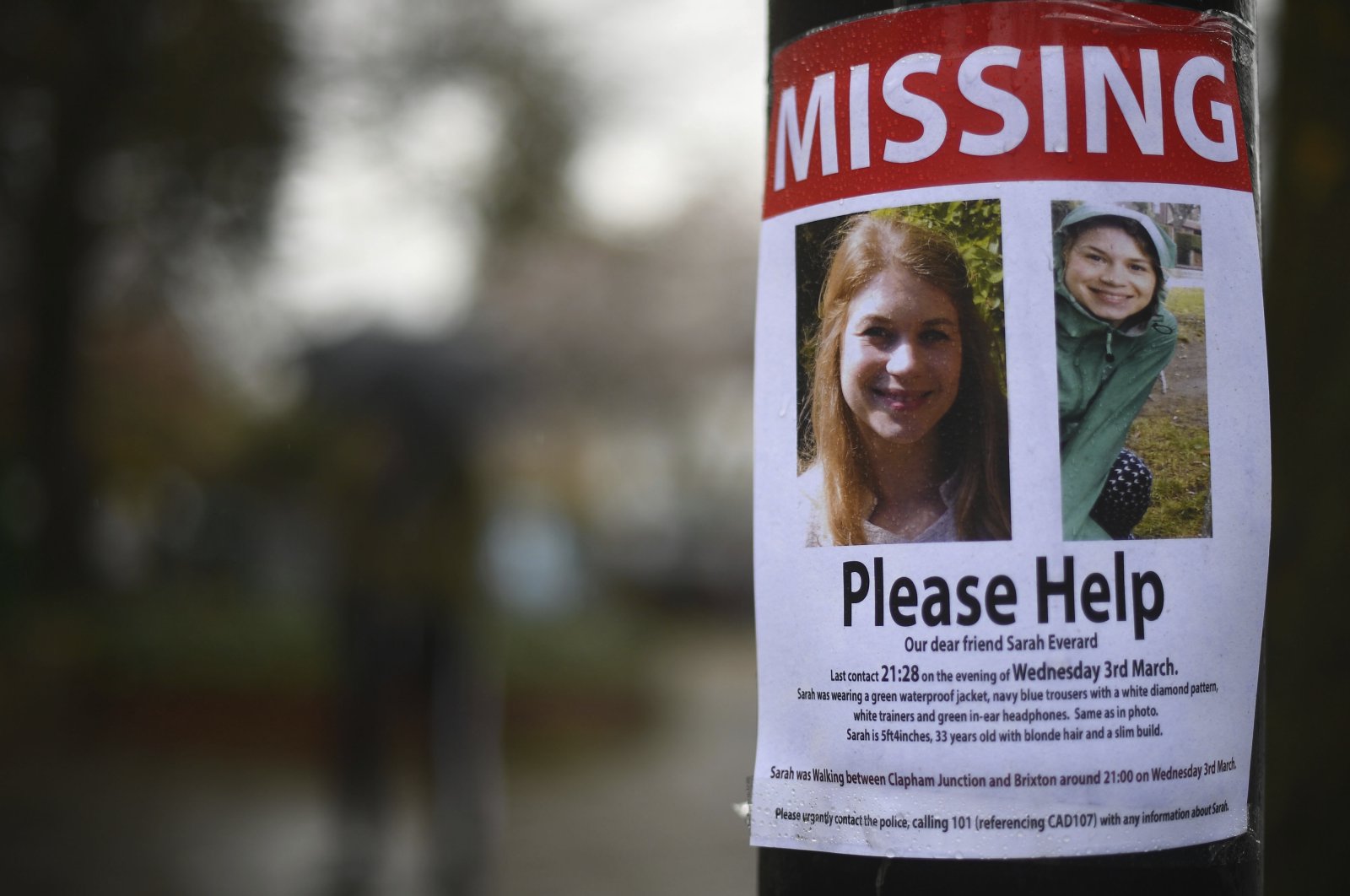 A missing sign outside Poynders Court on the A205 in Clapham, London Wednesday March 10, 2021 during the continuing search for Sarah Everard who has been missing for a week. (AP Photo)
by ASSOCIATED PRESS Mar 12, 2021 4:08 pm
RECOMMENDED

The suspected abduction and murder of a young London woman as she walked home has dismayed the British public and revived a painful question: Why aren't women safe on the streets?

The fate of Sarah Everard is all the more shocking because the suspect arrested on suspicion of killing her is a U.K. police officer tasked with protecting top politicians and diplomats. Everard, a 33-year-old marketing executive, set out on the 50-minute walk home from a friend’s house in south London at about 9 p.m. on March 3. She has not been seen since.

On Tuesday, police arrested a member of the force's Parliamentary and Diplomatic Protection Command. The officer in his 40s, whose name has not been released, is being held on suspicion of kidnapping and murder but has not yet been charged.

On Wednesday, a grim-faced Metropolitan Police Commissioner Cressida Dick said officers had found human remains in woodland southeast of London. They have not yet been formally identified, but Everard’s family issued a statement Thursday saying "our beautiful daughter Sarah was taken from us and we are appealing for any information that will help to solve this terrible crime.” Everard’s disappearance has caused a nationwide outcry, with thousands appealing for information to help find her. Women also then began sharing experiences of being threatened or attacked – or simply facing the everyday fear of violence when walking alone.

"When she went missing, any woman who has ever walked home alone at night felt that grim, instinctive sense of recognition,” columnist Gaby Hinsliff wrote in The Guardian. "Footsteps on a dark street. Keys gripped between your fingers."

Organizers of a planned vigil in Everard’s memory are going to court Friday after police said they could not gather because of coronavirus restrictions. Britain is now in lockdown and all mass assemblies are banned.

The Reclaim These Streets organizers want to hold a socially distanced gathering Saturday on Clapham Common, an open space on the route of Everard’s walk home. Anna Birley, one of the organizers, said "safety has been a priority from the get-go.” "It would be ironic to organize a vigil to think about women’s safety in public spaces without also thinking about the health and safety aspects,” she said.

The case has also raised tough questions for the police. Britain’s police watchdog is investigating how the force handled a complaint of indecent exposure against the same man three days before Everard disappeared.

The Independent Office of Police Conduct is also investigating how the suspect sustained a head injury while he was in custody. The police force says he was found injured in his cell and taken to a hospital for treatment before being returned to a police station.