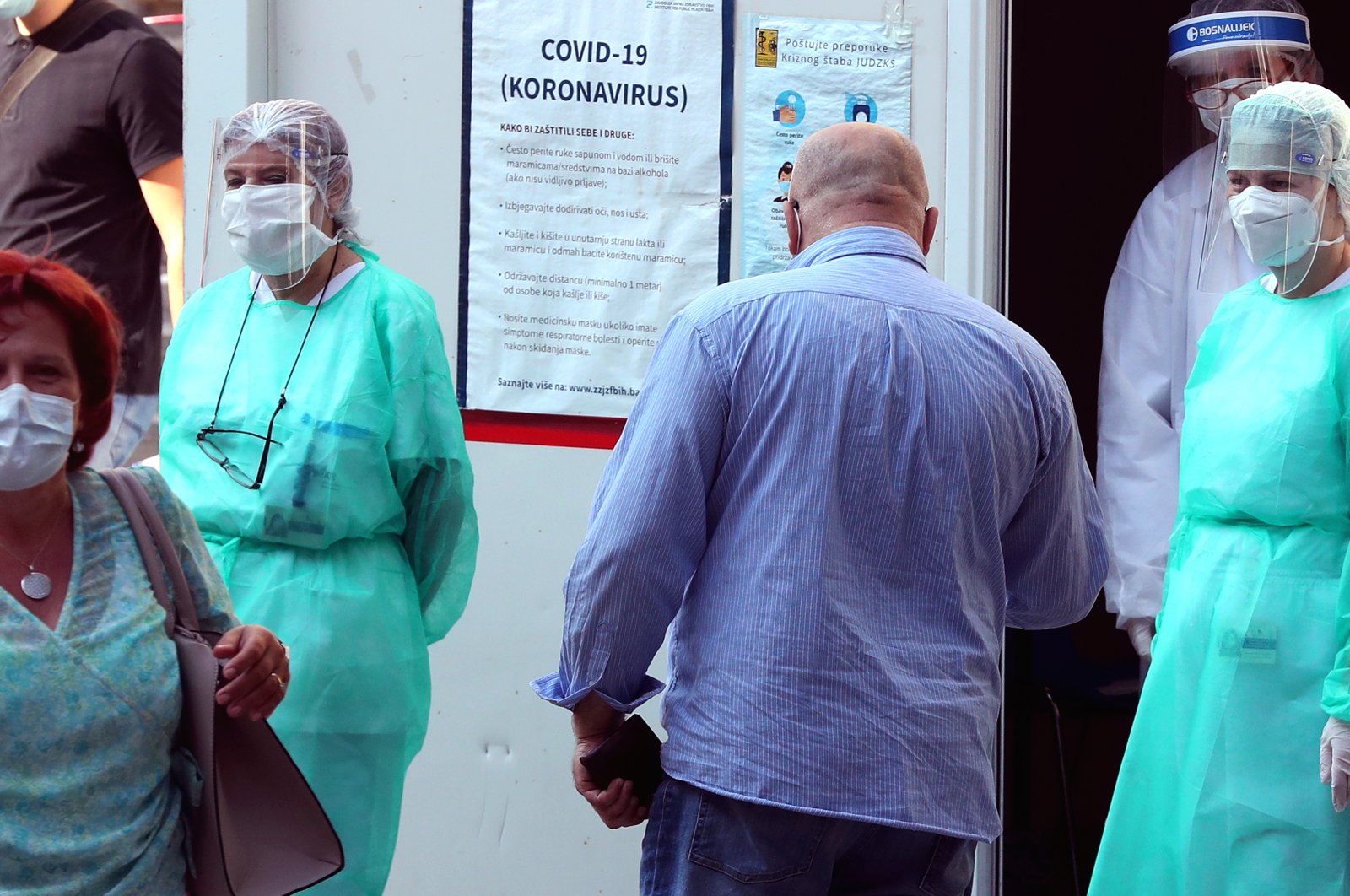 More than 500 public figures in the Bosnia-Herzegovina capital Sarajevo on Tuesday demanded an "urgent" response from authorities to tighten measures against the coronavirus after a worrying spike in new cases.

The alarm was raised as Bosnia, a Balkan country of 3.5 million people, faced record daily numbers of COVID-19 deaths.

According to official data, 22 deaths were logged over a 24-hour period on Tuesday, the highest toll yet in a country, where nearly 450 lives have already been lost.

In an open letter, writers, doctors, journalists and other public figures said they were "frightened by the lack of an even minimal necessary institutional response" to the resurgence of the epidemic.

After lifting a strict lockdown at the end of April, authorities have imposed a few mandatory restrictions, instead of issuing recommendations with weak enforcement.

The letter called for fines and "rigorous enforcement" against those not wearing masks in indoor spaces, plus a ban on gatherings of more than 10 people.

It also urged authorities to put an end to the "fatal quarrels between health institutions" about how to manage the crisis.

They include a battle between two Sarajevo hospitals over who will house a second COVID-19 facility, with the existing one nearing full capacity.

The letter came after a 37-year-old woman with the virus died Sunday, three days after giving birth in a hospital in the capital.

"The death of our fellow citizen Belma Soljanin on Aug. 9 ... is the latest in a series of tragedies," the letter said.

The authorities began lifting strict measures at the end of April after a lockdown introduced mid-March appeared to keep the virus spread in check.

Since then infections have been on the rise, with a total of nearly 15,000 cases, including more than 2,800 since the beginning of August, according to official figures.