Scores detained during protests in Belarus 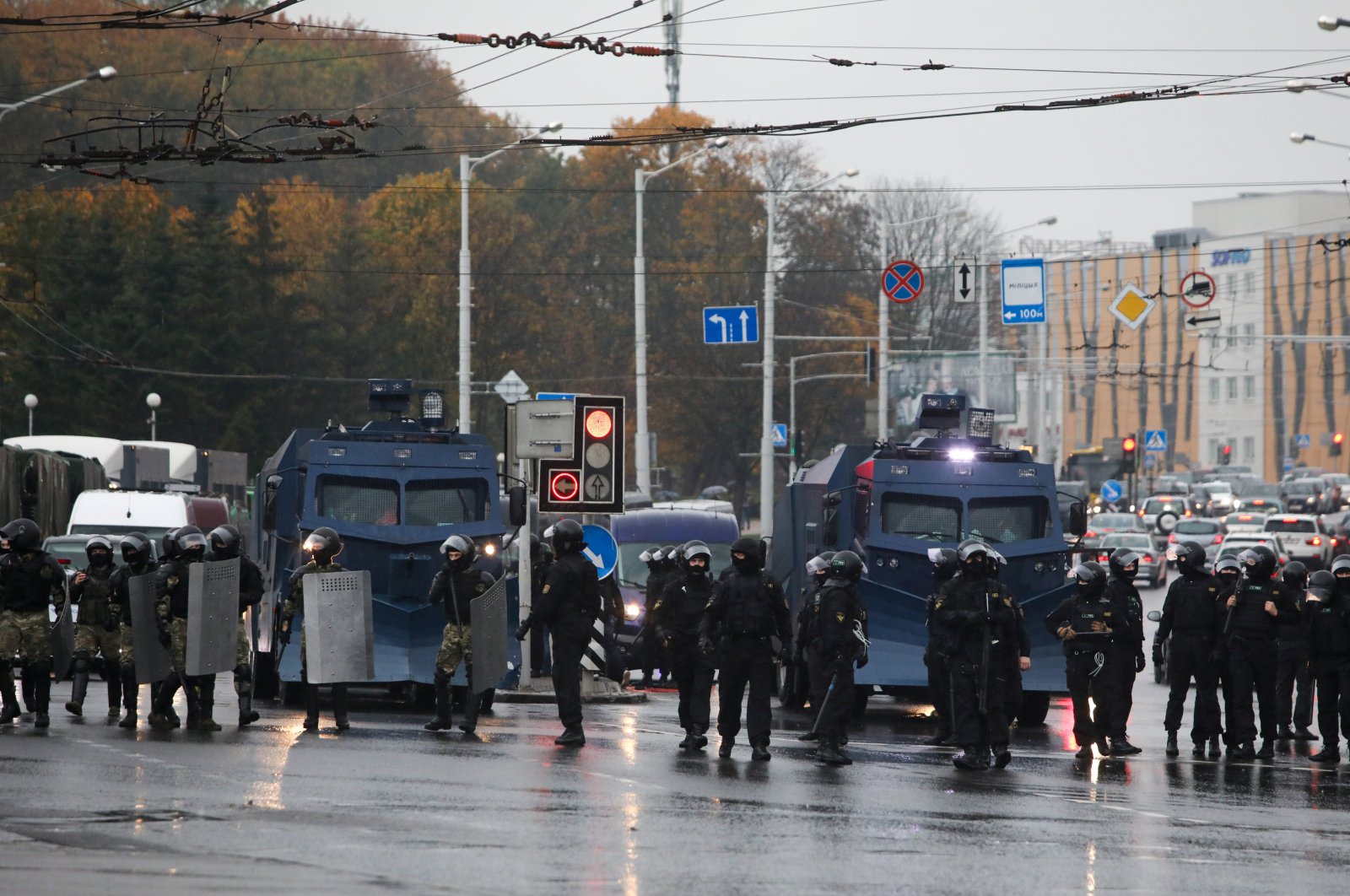 Scores of people were detained in Belarus on Sunday during protests against the country’s authoritarian leader, who won his sixth term in office in a vote widely seen as rigged, a Belarusian rights group said.

Tens of thousands of protesters rallied in the Belarusian capital Minsk for the 10th consecutive Sunday, demanding the resignation of President Alexander Lukashenko, who has run the country with an iron fist for 26 years. The Viasna human rights center estimated that around 100,000 people took part in the protest, which the police moved to disperse with water cannons, stun grenades and truncheons. Rallies also took place in other cities, including Brest, Vitebsk and Grodno.

Dozens of protesters sustained injuries, according to Viasna. The group released a list of protesters detained across the country on its website that by Sunday evening had more than 300 names on it.

“This has been the harshest dispersal of a Sunday march since August,” Viasna leader Ales Bialiatski told The Associated Press (AP).

Mass protests have rocked Belarus for over two months, with the largest ones held on Sundays and drawing up to 200,000 people. The unprecedented unrest was triggered by the results of the Aug. 9 presidential election that handed Lukashenko a victory with 80% of the vote. His main challenger, Svetlana Tikhanovskaya, got 10%. She and her supporters refused to recognize the results, saying the outcome of the vote was manipulated.