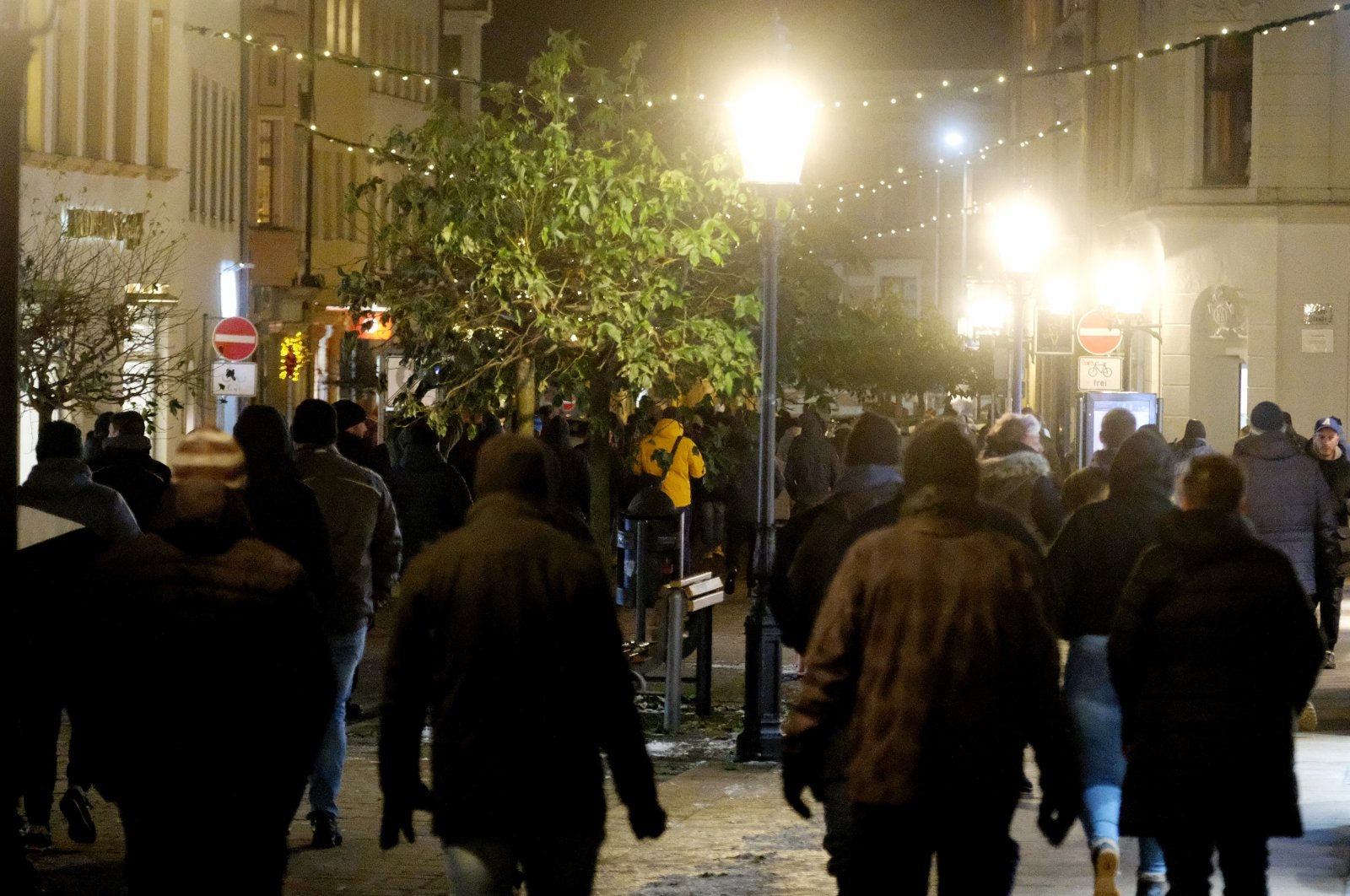 Thousands of people took to the streets in cities throughout Germany on Monday, in protest against the further tightening of measures to curb the spread of COVID-19. Some 2,700 people gathered to protest against the proposal to make vaccination compulsory for all adults in the northeastern city of Schwerin on Monday evening, despite low temperatures and icy roads, police said.

Several thousand demonstrators also gathered in Rostock. Some 3,000 people marched through the center of Magdeburg, police said. There were around 1,500 demonstrators at a rally in Halle, according to a police spokesperson. Further protests were held in other cities across the state of Saxony-Anhalt. Protests were also held in towns throughout Thuringia.

Some 2,000 people took to the streets of Gera in the evening, according to a police spokesperson. There were some 1,300 people in nearby Altenburg. Larger gatherings and marches drew several hundred people in Stadtilm, Hermsdorf, Saalfeld and Eisenach, with protests called in 60 places.

The protests come ahead of new regulations to curb the spread of the virus, with tougher rules to apply in eight states as of Tuesday. Nationwide, officials are grappling with a fifth wave of COVID-19 cases and a growing number of infections with the more transmissible omicron variant, now present in all of Germany's 16 states.