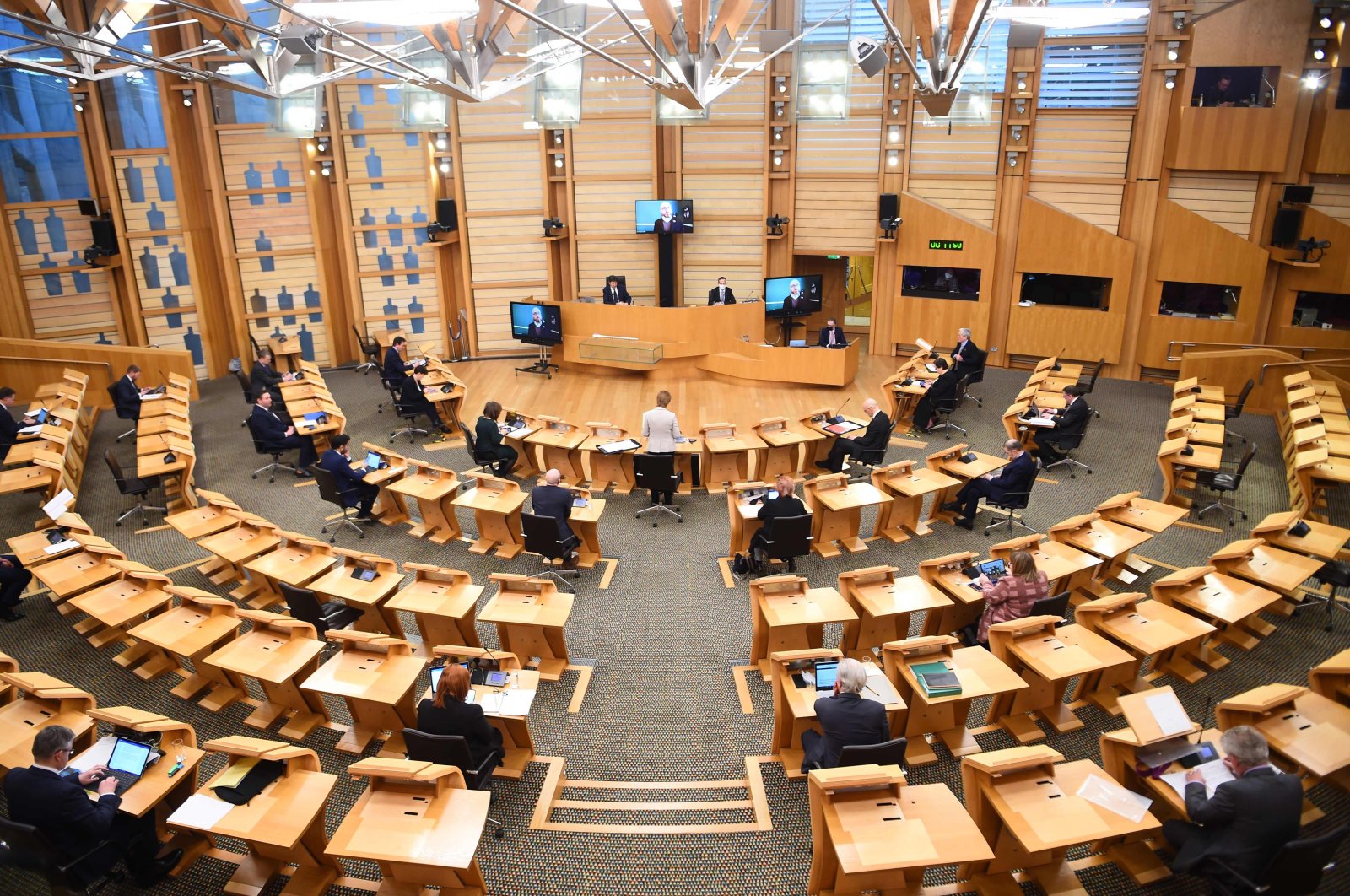 Scottish lawmakers on Wednesday opted not to demand an investigation into former U.S. President Donald Trump's finances, amid concerns about how he funded the acquisition of two golf courses in the country.

Members of the Scottish Parliament (MSPs) voted down a motion calling for the probe into the Trump Organization's two Scottish golf courses using an "unexplained wealth order."

The legal instrument requires individuals to explain the source of wealth used to acquire property and other assets in the U.K.

Members of the Scottish Green Party who initiated the vote have said there are questions to be answered about how the Trump Organization's holdings in Scotland were acquired.

"There are serious concerns about how he financed the cash purchases of his Scottish golf courses," Scottish Greens co-leader Patrick Harvie told The Scotsman newspaper ahead of the vote.

"The government must seek an unexplained wealth order to shine a light on Trump's shadowy dealings," he added.

The prospect of the vote sparked a spat between Harvie and Trump's son Eric, a trustee and executive vice-president of the Trump Organization.

"At a critical time when politicians should be focused on saving lives and reopening businesses in Scotland, they are focused on advancing their personal agendas," Eric Trump said this week.

"If Harvie and the rest of the Scottish government continue to treat overseas investors like this, it will deter future investors from conducting business in Scotland, ultimately crushing their economy, tourism and hospitality industries."

Harvie responded by accusing Eric Trump of throwing a "tantrum" and noted that his remarks did not detail "where his dad got the money to buy his Scottish golf courses."

Before the vote, one protester wearing a giant Trump mask and pulling a golf trolley with his pockets stuffed with cash, along with a placard which read "investigate me," stood outside the parliament building at Holyrood.

The Trump Organization's presence in Scotland at its two golf courses at Turnberry and the Trump International Links in Aberdeenshire has been controversial both before and during Trump's presidency.

It does not appear to have been dented by his departure from the White House last month.

Trump's visit to Turnberry on the Ayrshire coast prompted thousands to protest in Glasgow and Edinburgh in 2019, and he was heckled playing golf at the course.

Following the storming of the U.S. Capitol by Trump supporters in January, the organizers of the British Open golf championship said the competition would not be staged at Turnberry for the "foreseeable future."

Last month, Scotland's First Minister Nicola Sturgeon had to warn the outgoing president that he should not visit Scotland during the coronavirus pandemic to play golf.

A Scottish government spokesperson said this week that the decision was an "operational matter" for the Civil Recovery Unit, a Scottish enforcement authority.

"It would not be appropriate for the Scottish government to comment on this," the spokesperson added.