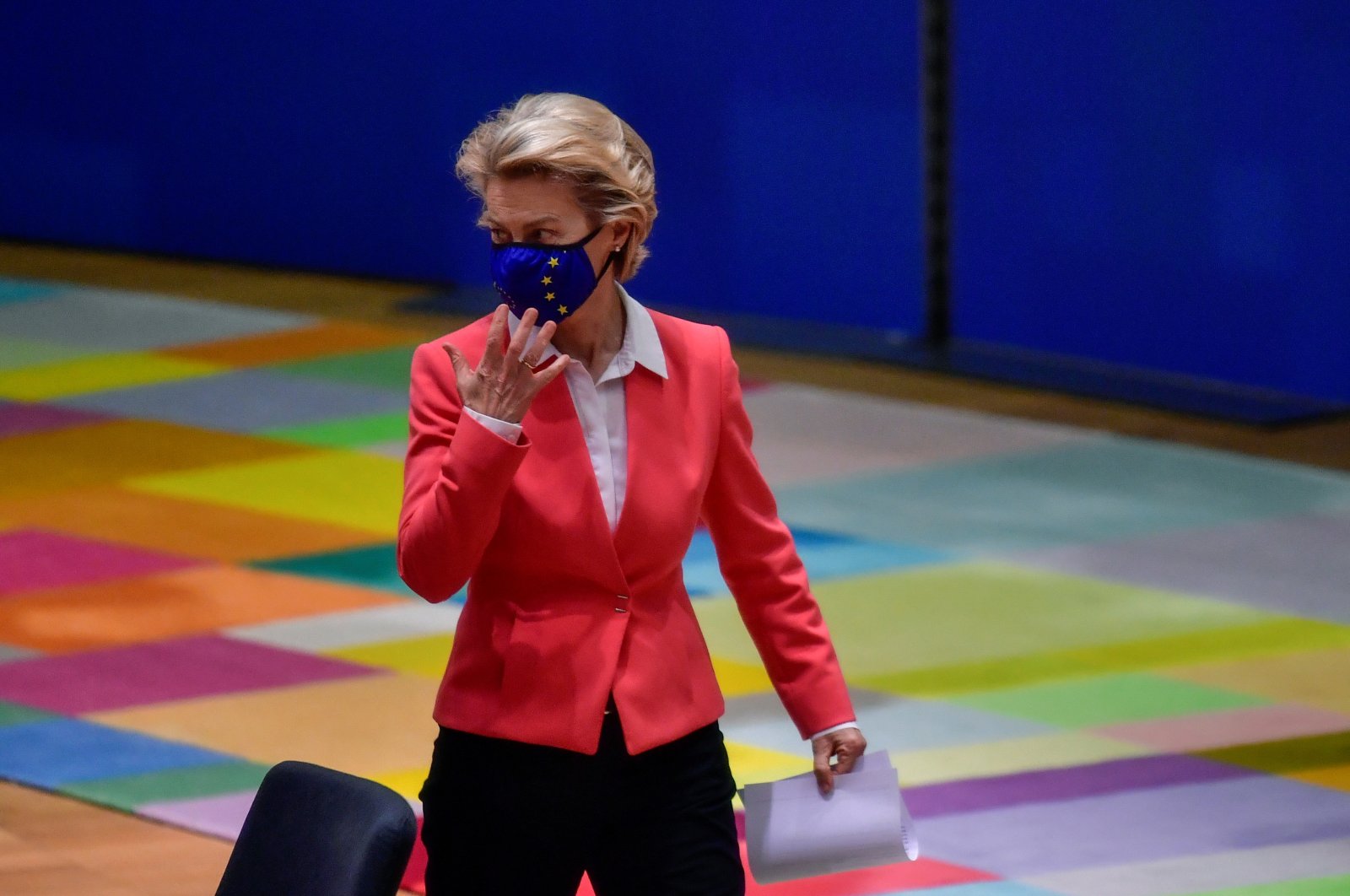 The head of the European Commission, Ursula von der Leyen, said she would leave quarantine Tuesday after having been in contact with someone positive for COVID-19 a week earlier, despite EU recommendations of 14 days of self-isolation.

Von der Leyen is following Belgium's rules, which have just been softened, but her decision to ignore the stricter advice from the bloc's public health body could further weaken calls for a common EU approach to battle the epidemic.

Von der Leyen, who is 61 and is a physician by training, said she would remain in precautionary self-isolation until Tuesday evening, after a person she came into contact with on Sept. 29 in a meeting in Portugal tested positive Sunday.

She tested negative for the virus Thursday and Monday.

A spokesman for the Commission declined to comment on the EU recommendation but said the length of her quarantine was in line with Belgian rules.

Belgium, which is home to the EU headquarters, shortened mandatory quarantine from 14 to seven days on Oct. 1, despite having one of Europe's highest infection rates. That was done mostly because people struggled to respect the rule which had a heavy social and economic impact, a spokeswoman for the health ministry said.

However, the country's decision disregarded the advice of the European Centre for Disease Prevention and Control (ECDC) which in September reiterated its recommendation of a two-week quarantine for persons who had had contact with confirmed cases.