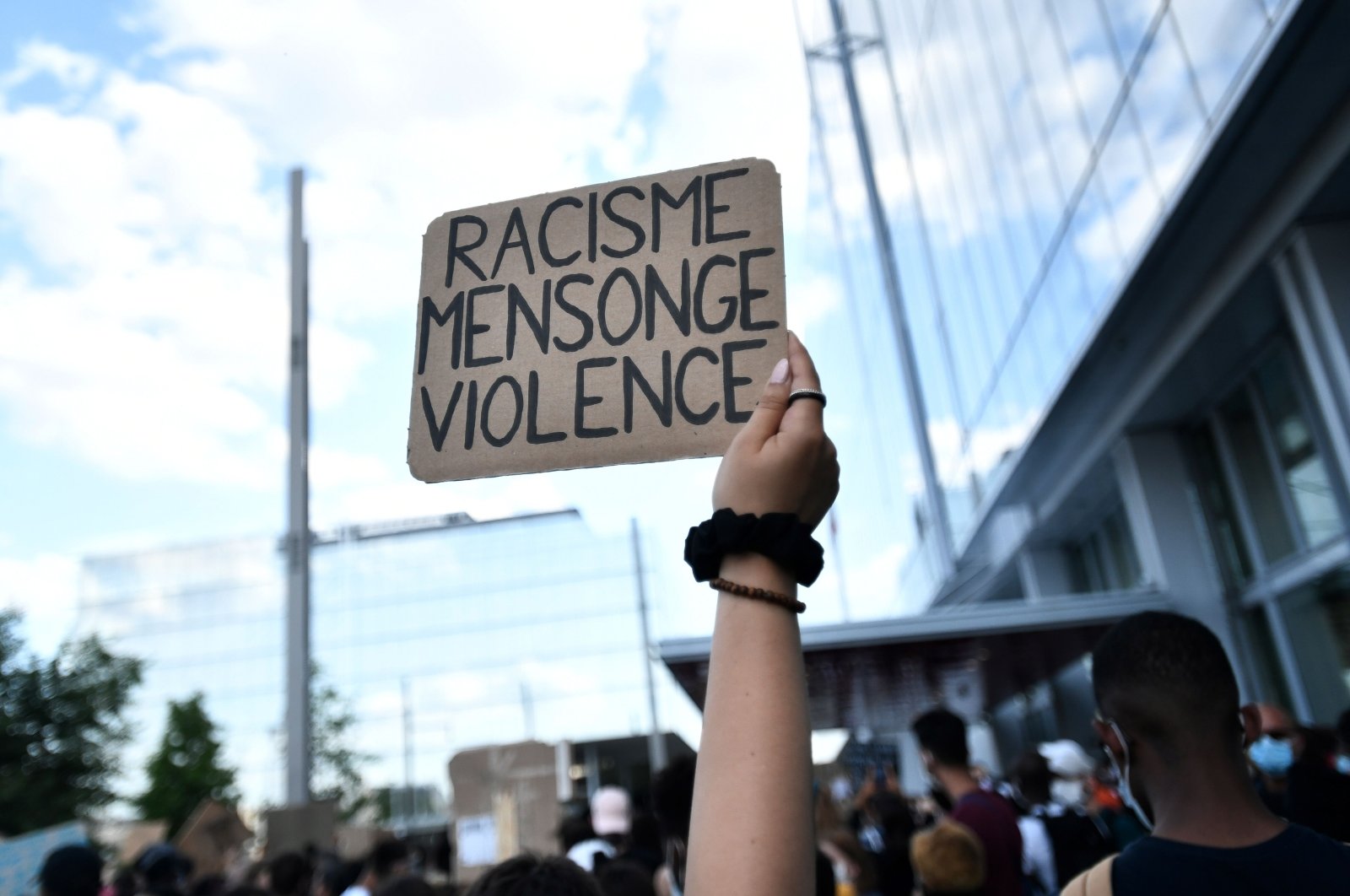 A protester holds a placard reading "Racism, lies, violence" during a demonstration after French medical experts exonerated the gendarmes involved in the arrest of Adama Traore, a young black man who died in police custody in 2016, outside the "Tribunal de Paris" courthouse in Paris. June 2, 2020. (AFP Photo)
by French Press Agency - AFP Jan 10, 2021 9:46 pm

France's interior minister has suspended a senior police officer over a card celebrating the New Year deemed to be blatantly racist at a time when the force faces accusations of prejudice towards blacks and Arabs.

The New Year card, sent by a police station outside Paris, shows a cartoon of a white police officer beckoning for a black man to approach him as he brandishes a taser.

"Come closer. My taser is recharging in the cigarette lighter," reads the cartoon's slogan, below which is written, "the commissioner and the police... wish you a very happy 2021."

Late Saturday, Interior Minister Gerald Darmanin wrote on Twitter that an investigation had been launched and that the commissioner had been questioned. "He has been suspended," he added.

The cartoon "shocked a lot of people due to the racist connotations," said an interior ministry official, who asked not to be named. "It is incomprehensible."

The identity of the commissioner and the exact location of the police station have not been revealed.

French police have been under fire over repeated instances of rough handling and beating black and Arab suspects, prompting accusations of institutionalized racism in the force.

The beating of black music producer Michel Zecler in November caused huge controversy, with four police charged over the assault.