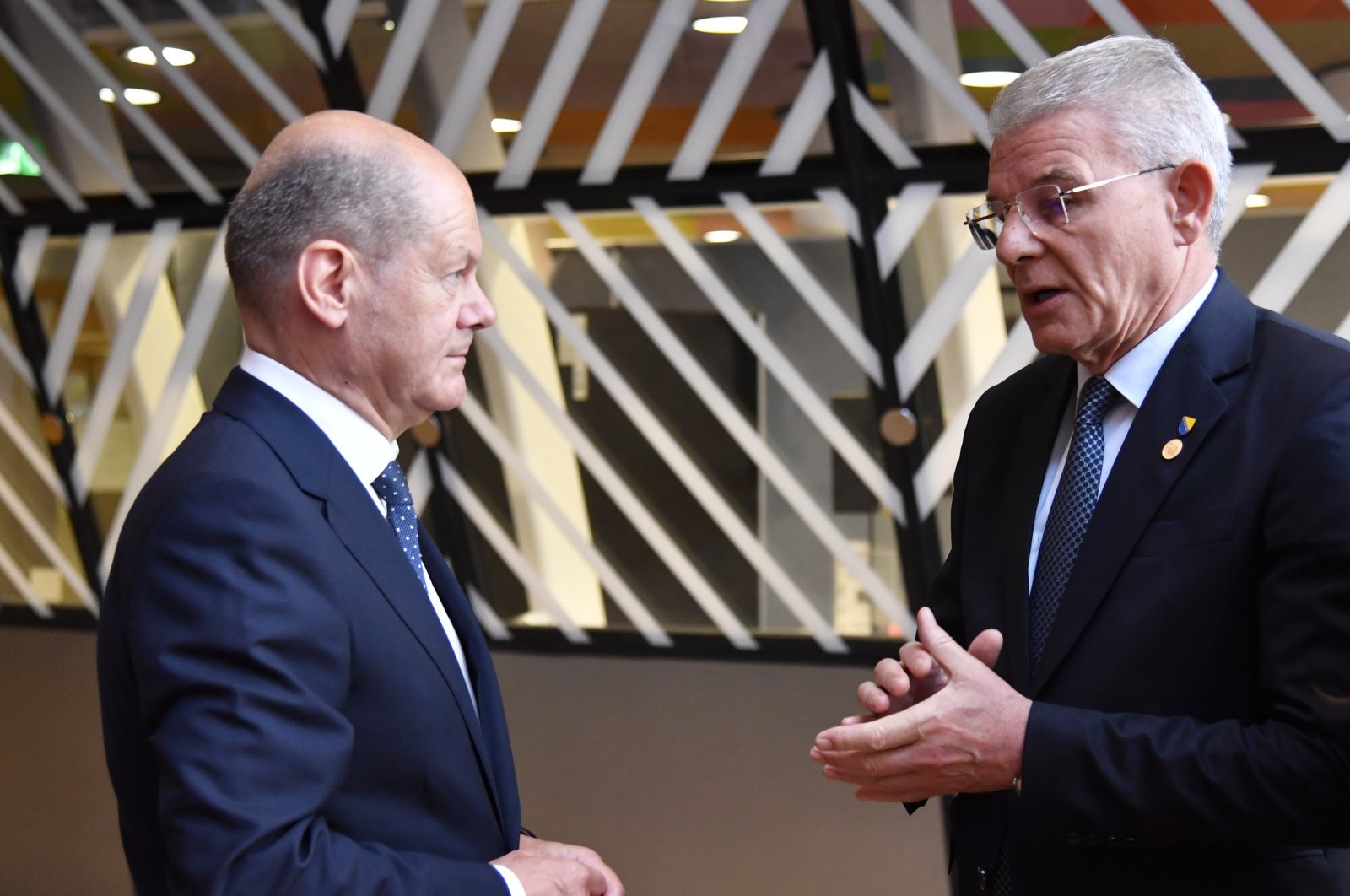 German Chancellor Olaf Scholz (L) speaks with the Chairperson of the Presidency of Bosnia-Herzegovina Sefik Dzaferovic during a bilateral meeting on the sidelines of an EU summit in Brussels, Belgium, June 23, 2022. (EPA Photo)
by Anadolu Agency Jun 25, 2022 12:03 am

"Some EU leaders see Bosnia and Herzegovina as a colony," Dodik said on social media.

Dodik thanked the countries that supported Bosnia-Herzegovina at the summit.

Milanovic criticized Croatian government officials who did not express an opinion on granting status to Ukraine and Moldova, as well as Bosnia-Herzegovina.

"Bosnia and Herzegovina remains 'Switzerland' next to Ukraine. I am glad that Ukraine received candidate status even though it is not a functional state," said Milanovic.

Western Balkans leaders criticized the EU for the slow progress on their EU membership bids.