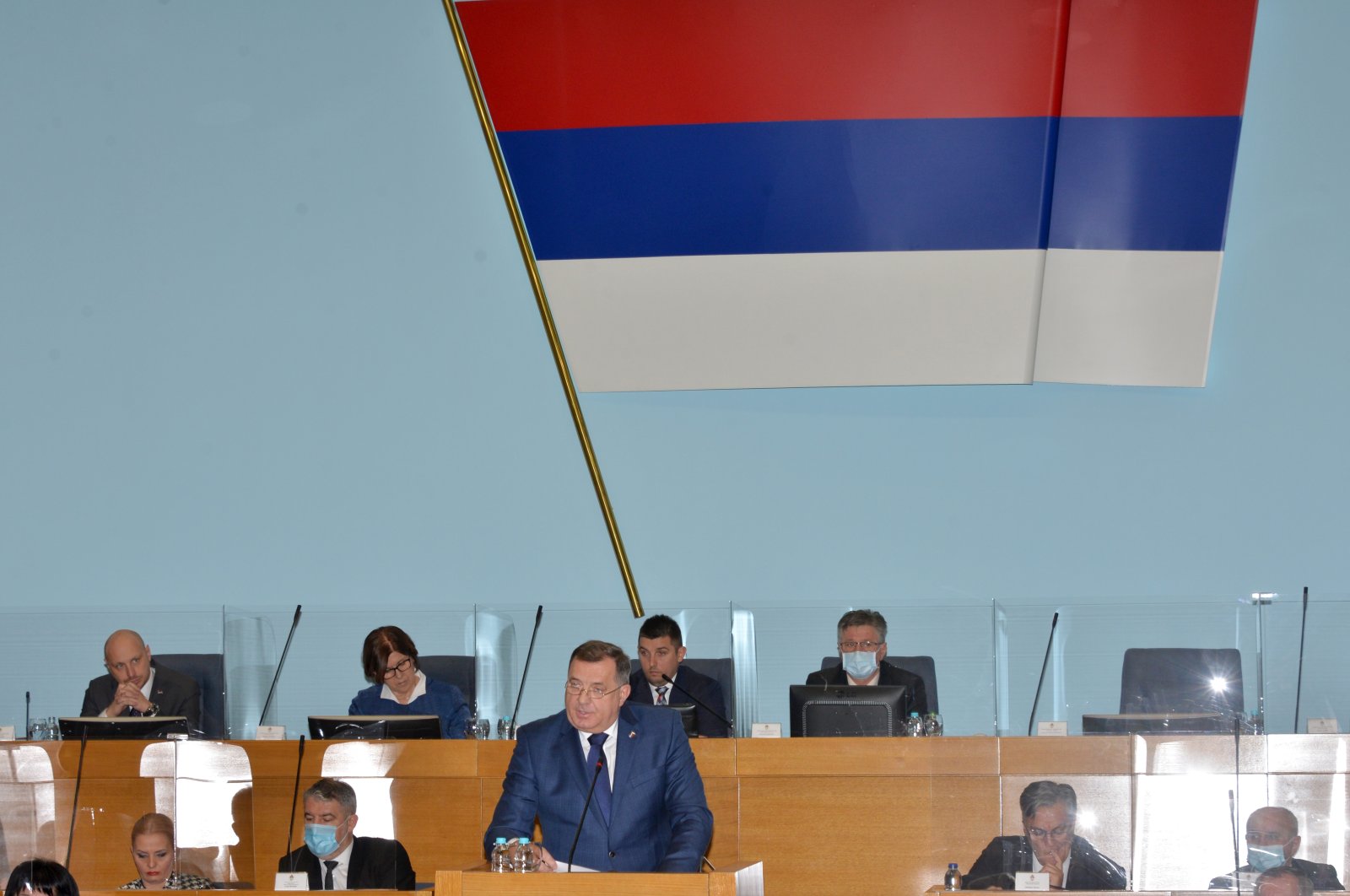 A vote by Serb lawmakers to start pulling their autonomous Serb Republic out of Bosnia-Herzegovina's armed forces, judiciary and tax system is "wrong, dangerous" and could threaten regional stability, Foreign Minister Mevlüt Çavuşoğlu said on Monday.

His comments came after Germany's new government called on the European Union to impose sanctions on Bosnian Serb leader Milorad Dodik over the decision.

Last week's nonbinding motion is meant to pave the way for secession from Bosnia-Herzegovina, which was split into two autonomous regions – the Serb Republic and the Federation, dominated by Bosniaks and Croats – after its 1992-1995 war.

The three institutions represent the key pillars of joint security, rule of law and the economic system.

"The environment of stability established in the Balkans for 30 years is under serious risk," Çavuşoğlu told the Turkish Parliament. "The decision taken by parliament of the Serb Republic entity of Bosnia and Herzegovina is wrong, dangerous and against the constitution."

Turkey's Foreign Ministry had already voiced concern about the vote, at the weekend urging "those who will bear the responsibility of harming peace and prosperity to abide by the constitutional and legal framework and resort to dialogue."

Dodik wants to roll back on all reforms made after the war and return to the 1995 Constitution, under which the state was represented by basic institutions only while all powers belonged to the regions.

Bosnia-Herzegovina's opposition leaders warned the moves may lead the Serb Republic into a new war.