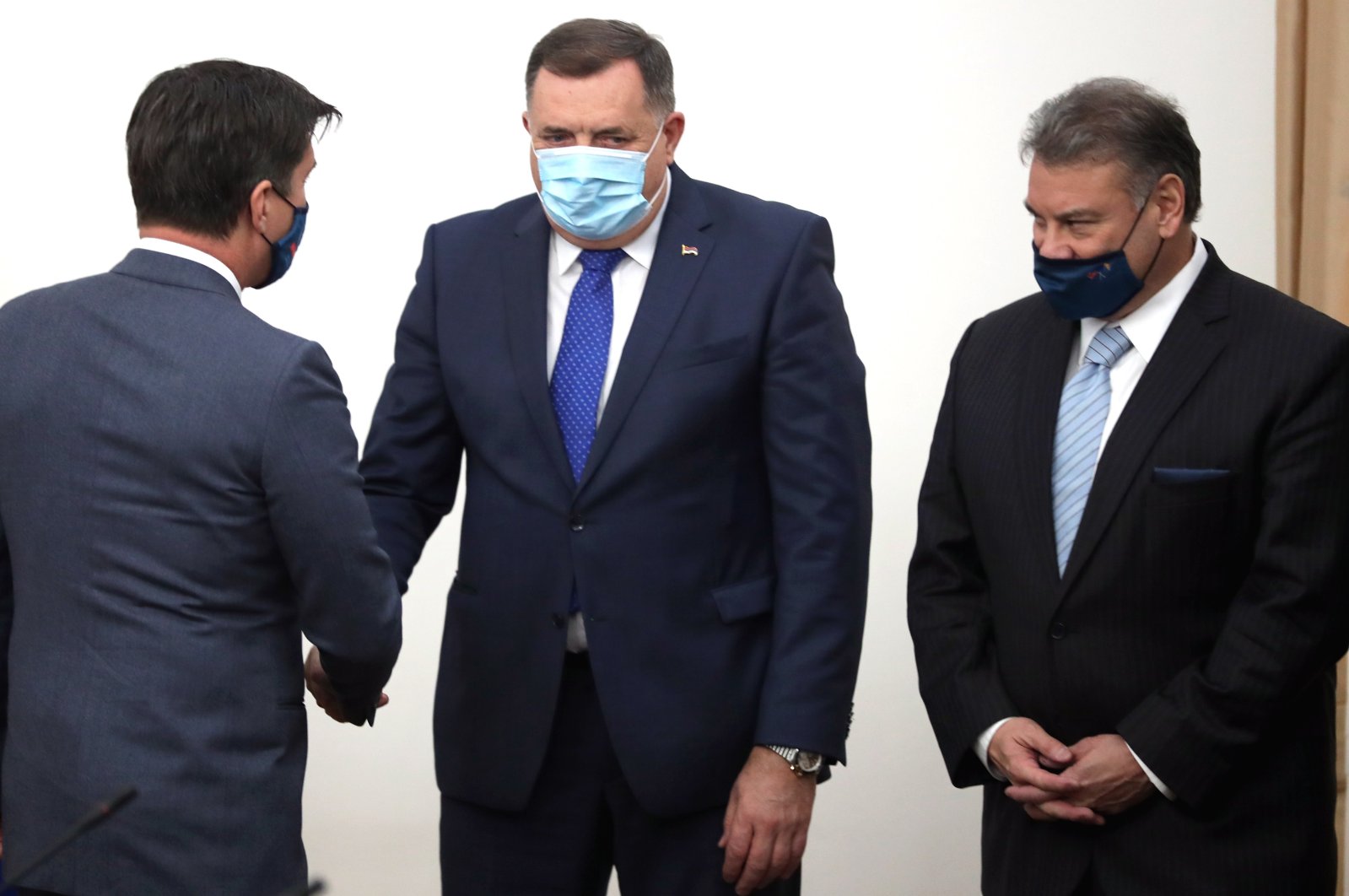 Bosnia-Herzegovina’s autonomous Serb Republic was warned on Wednesday by the International Monetary Fund (IMF) against dismantling the state tax authority, stressing that such a move would cut off a key source of national revenue and damage the economy.

"We believe this course of action would have damaging economic consequences," Andrew Jewell, the IMF resident representative in Bosnia-Herzegovina, said in a statement.

The country is going through its worst political crisis since the U.S.-sponsored Dayton peace accords ended its war in the 1990s.

The Bosnian War started in 1992 when Bosnian Serbs, with the help of the Yugoslav army, tried to create ethnically pure territories with the aim of joining neighboring Serbia. More than 100,000 people were killed and millions were left homeless in the worst bloodshed in Europe since World War II.

The 1992-1995 war pitted Bosniaks, who are mostly Muslims, as well as Serbs and Croats against each other and ended with the U.S.-sponsored peace agreement that created two regions – the Republika Srpska and the Federation dominated by Muslim Bosniaks and Croats, linked by a weak central government.

The two regions were given wide autonomy, but some joint institutions were kept including the army, the top judiciary and tax administration.

In October, Dodik announced that the Serb Republic would withdraw from Bosnia-Herzegovina's armed forces, top judiciary body and tax administration, key pillars of state security, rule of law and the fiscal system.

Dodik, who currently serves as the Serb member of the country's tripartite inter-ethnic presidency, has long complained about state institutions, saying they were established based on decisions by international peace envoys and not enshrined in the constitution.

Jewell said the ITA represents one of Bosnia-Herzegovina's most successful institutions and that indirect taxes collected by the agency were the single-most-important source of revenue for the Balkan country's multiple governments.

If the Serb Republic were to withdraw from this "proven framework for collecting and distributing indirect taxes," Bosnia-Herzegovina would likely return to an era when widespread tax evasion drove down revenue, Jewell said.

He said dismantling the ITA would also jeopardize the servicing of the country's foreign debt, which the ITA currently ensures via an automatic mechanism insulated from political interference, and likely weaken investor sentiment and raise borrowing costs.

The IMF made the statement as the Steering Board of the Peace Implementation Council (PIC), the body grouping representatives of the countries and international organizations overseeing Bosnia-Herzegovina's peace, is meeting to discuss what is widely regarded as the worst crisis since the war ended.