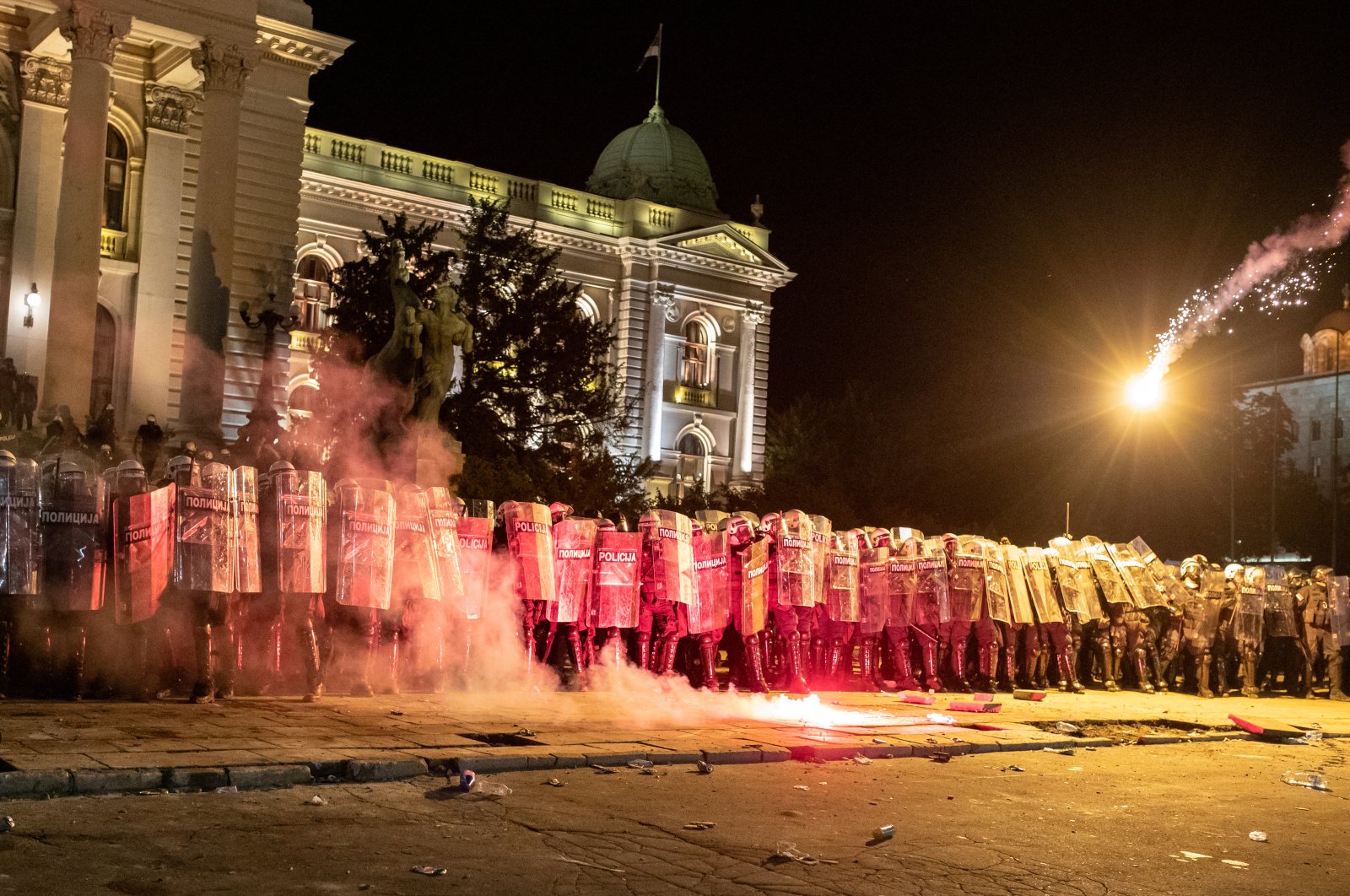 Demonstrators throw flares towards riot police at an anti-government protest amid the spread of the coronavirus disease (COVID-19), outside the parliament building in Belgrade, Serbia, July 10, 2020. (Reuters Photo)
by ASSOCIATED PRESS Jul 11, 2020 5:05 pm
RECOMMENDED

Serbian police have detained 71 people after clashes during the fourth night of anti-government protests initially sparked by the announcement of a fresh coronavirus lockdown, a senior police official said Saturday.

Several reporters also have been hurt. Demonstrators defying an anti-virus ban on gatherings threw bottles, rocks and flares at police who were guarding the parliament building, and police responded with tear gas to disperse them.

Vucic later scrapped the plan to impose a new curfew. Authorities instead banned gatherings of more than 10 people in Belgrade, the capital, and shortened the working hours of indoor businesses.

Many in Serbia accuse the increasingly authoritarian Vucic and his government of letting the virus crisis spin out of control in order to hold a parliamentary election on June 21 that tightened the ruling party's grip on power.

Vucic has denied this, although authorities had relaxed the rules prior to the vote, allowing massive crowds at soccer games, weddings and other events.

On Friday, the Serbian prime minister announced the highest daily number of deaths, 18, since the start of the pandemic in the Balkan country. Authorities reported 12 new deaths on Saturday and 354 new infections.

The country has over 18,000 confirmed infections and 382 deaths since March and health authorities have warned that Serbian hospitals are almost full due to the latest surge in cases.

Vucic has claimed involvement of unspecified foreign security services in the unrest and pledged he won't be toppled in the streets. Some opposition leaders, meanwhile, are blaming the rioting on groups they say are controlled by the government and sent out to discredit peaceful protests.