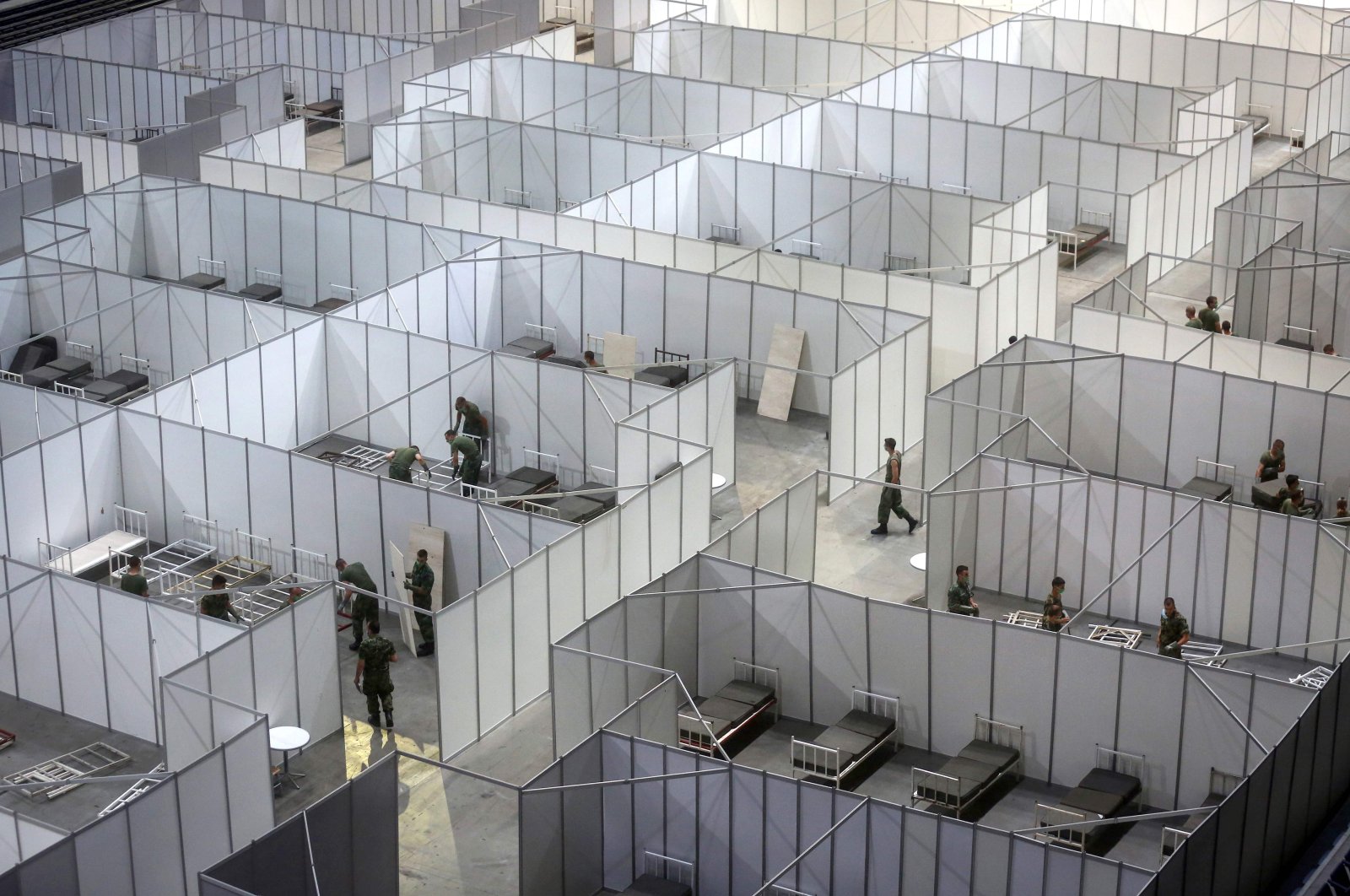 Troops in Serbia set up an emergency 500-bed field hospital Monday, a day after neighboring Kosovo re-imposed a nighttime curfew in four cities, as the Balkans battles to contain a surge in coronavirus infections that has underscored the risks of easing lockdown measures too swiftly.

The makeshift hospital in a sports hall in the Serbian capital, Belgrade, is a "precautionary measure” as hospitals in the capital are reaching their capacity in light of the outbreak, the city's deputy mayor, Goran Vesic, said. Serbian infections have returned to levels last seen at their peak in the Balkan country in March and April.

Serbia's rising infections provide a chilling insight into how the virus, while retreating in much of Europe, can roar back if lockdowns are lifted too swiftly.

The country went from having some of Europe’s toughest lockdown measures to a near-complete reopening at the beginning of May. Soccer and tennis matches were played in front of packed stands, resulting in several players testing positive. Serbian tennis star Novak Djokovic and other players also caught the virus following an event organized in Serbia and the Croatian Adriatic resort of Zadar.

Greece moved to contain the burgeoning threat by banning Serbs from crossing its only open land border from Monday morning. The new restrictions caused a 7-kilometer (4-mile) traffic jam at the Promahonas border crossing with Bulgaria. Authorities eventually allowed scores of cars into Greece that had been stuck overnight.

On Sunday, Kosovo Prime Minister Avdullah Hoti reimposed nighttime curfews in the capital, Pristina, and three other cities with sharply rising infection rates. Public transport was also hit, with bus seating cut by half. A day earlier, Kosovar authorities reported eight deaths from the coronavirus, the highest daily number in the Balkan country since the start of the outbreak in March. New daily cases came to 178, the highest so far.