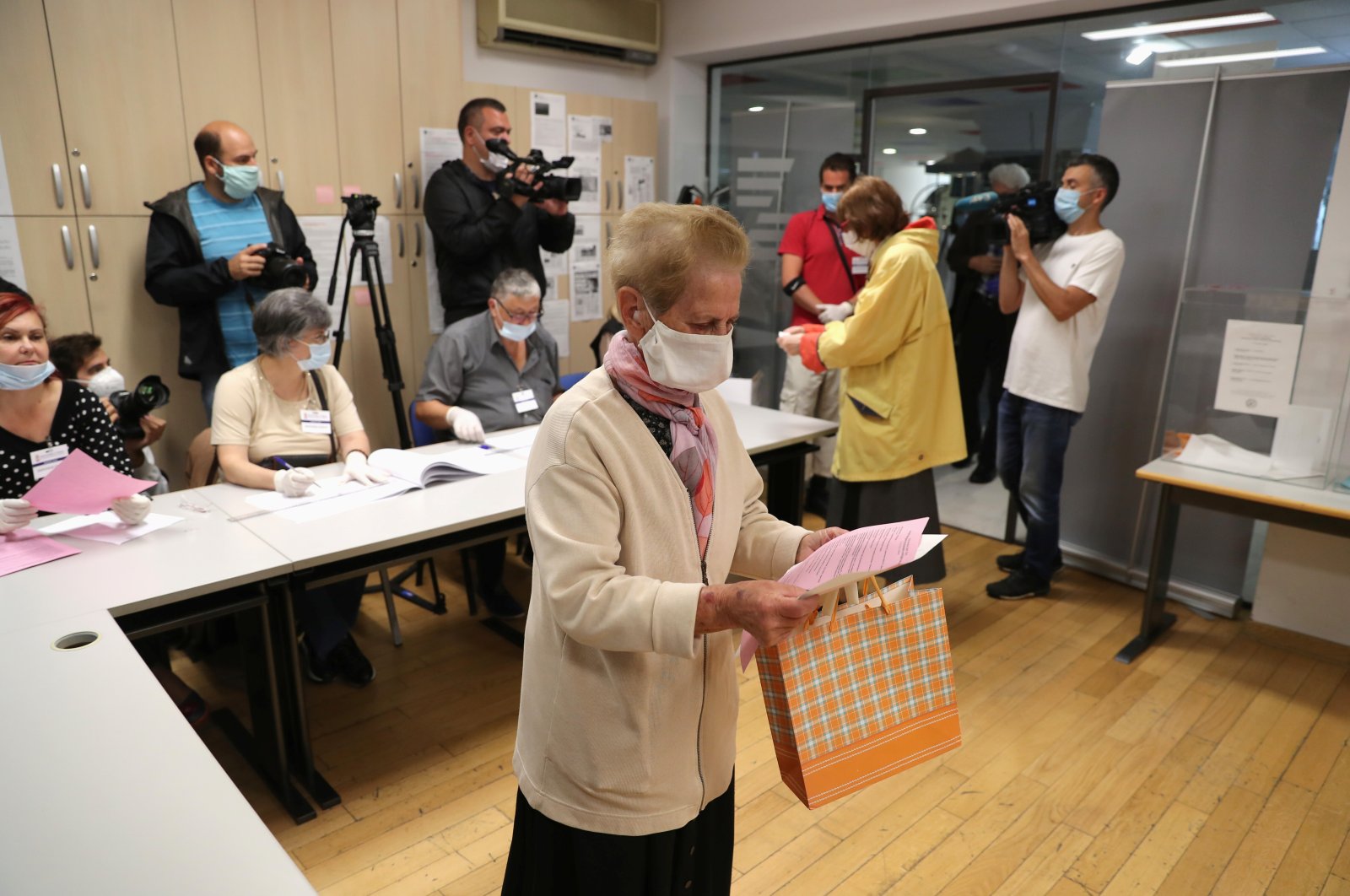 A voter collects ballot papers during the national election, the first in Europe since coronavirus lockdown, at a polling station in Belgrade, Serbia, June 21, 2020. (Reuters Photo)
by Agencies Jun 21, 2020 9:20 am
Edited By Nurbanu Tanrıkulu Kızıl
RECOMMENDED

Serbia’s ruling populists are set to tighten their hold on power in a Sunday parliamentary election held amid concerns over the spread of the coronavirus in the Balkan country and a partial boycott by the opposition.

The election — initially planned in April but postponed because of the pandemic — comes as Serbia still reports dozens of new cases daily after completely relaxing the lockdown rules.

Health authorities have provided face masks, gloves and sanitizers at the polling stations. Voters are advised to use them, but they're not mandatory.

President Aleksandar Vucic's governing Progressive Party (SNS) is expected to tighten its grip on power by winning close to 60% of the ballots cast. His coalition partners, Foreign Minister Ivica Dacic's Socialists (SPS), are expected to come in around 12%.

The Balkan nation's largest opposition bloc said already last year that it would boycott the vote to draw international attention to what its leaders say is Vucic's democratic backsliding by way of manipulating the media and the economy, leaving the playing field unfairly tilted in his favor.

Part of the opposition broke off from the boycott pact, however, lured by the lowered threshold to win seats: Vucic's SNS changed it from 5 to 3% a month before the elections were scheduled.

With that, some seats became actual contests overnight and reduced the probability of a parliament comprising only lawmakers from Vucic's coalition.

The latest surveys predicted that four other parties will clear the 3% hurdle and win seats.

The part of the opposition that stuck with the boycott has campaigned to keep the turnout at below 50% and demonstrate widespread discontent and so draw international attention to the state of Serbia's democracy.

Sunday's vote was initially scheduled for April 19 but was suspended over Covid-19. Serbia has failed to snuff the outbreak out and continues to report new cases in high double-digits daily, but has lifted nearly all restrictions several weeks ago.

Around 6.7 million voters are eligible to cast their ballots. Voting ends at 8 p.m. (1800 GMT). With exit polls not allowed in Serbia, initial projections are expected at the earliest by late evening.