Serbia's Vucic wins elections by landslide as many parties boycott 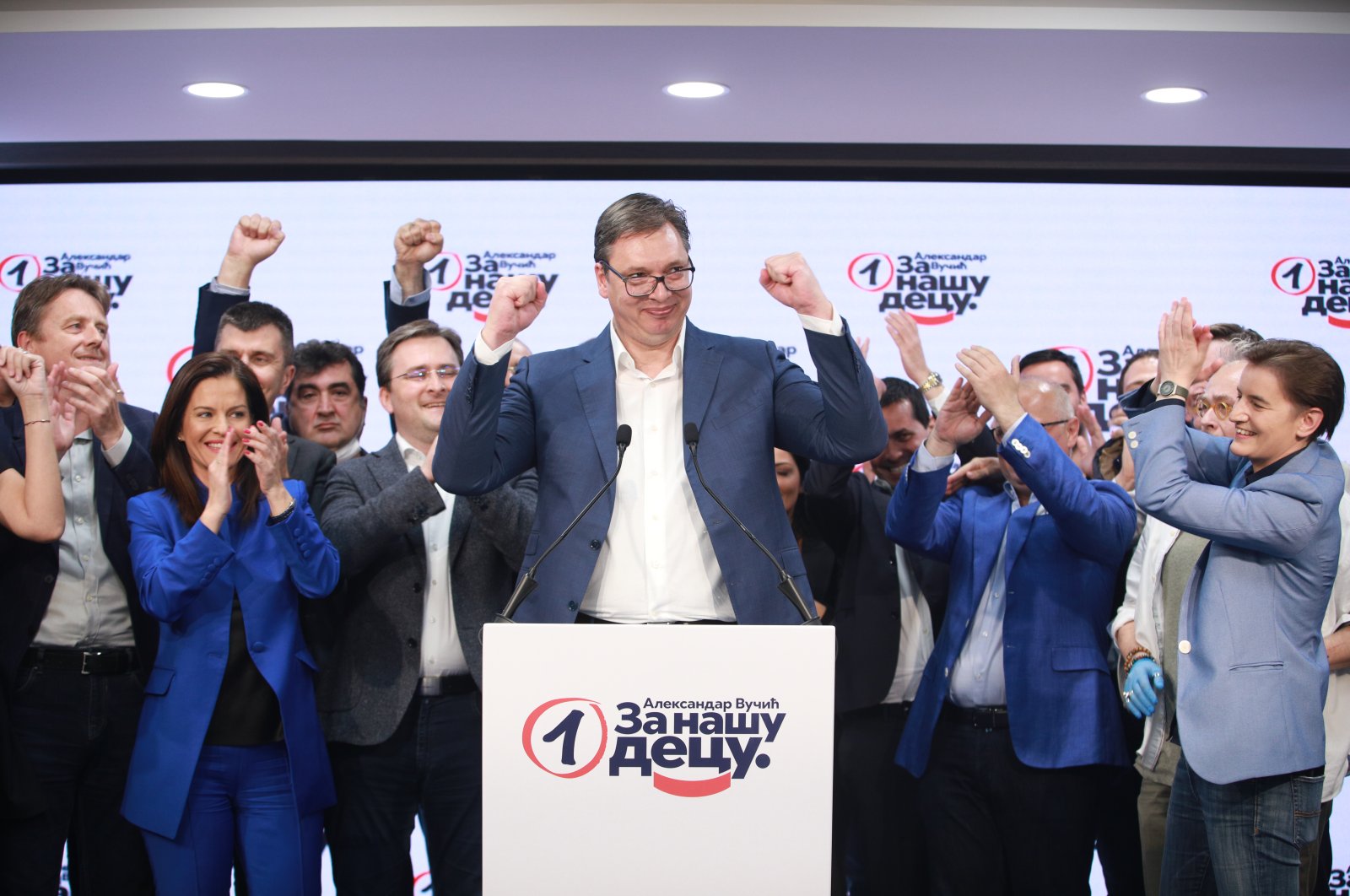 Electoral authorities said, after counting more than 60% of the ballots, that Vucic’s Serbian Progressive Party won around 61% of the vote, followed by his ally, the Socialists, with around 10%, the report said.

A partial boycott of the vote by the main opposition parties who said Vucic unfairly dominated the state-run media paved the way for Vucic’s Progressives to control about 190 seats in the 250-member assembly. Vucic declared the party's victory as “historic."

The president had called on supporters to vote in large numbers to get a strong mandate for internationally mediated peace negotiations on the future of Serbia’s former province of Kosovo. Serbia rejected Kosovo's declaration of independence in 2008.

The European Union’s envoy for Kosovo, Miroslav Lajcak, is expected in Belgrade later Monday to meet Vucic. The president travels next to Moscow, a key ally, and a U.S.-brokered Serbia-Kosovo meeting is set for June 27 in Washington.

Sunday’s vote in Serbia was the first national election in Europe since the coronavirus lockdowns began. The voting – initially planned for April but postponed because of the pandemic – was held as Serbia is still reporting dozens of new cases daily.

Despite the partial boycott, some smaller parties still took part in the vote but could not make it over the 3% threshold to get into parliament. The official turnout figure has not yet been released, while independent polling agencies say it was lower than in previous votes.

A former extreme nationalist, Vucic briefly served as information minister in the government of late strongman Slobodan Milosevic during the bloody 1990s wars in the Balkans that killed more than 100,000 people and drove millions from their homes.

While Vucic now says he seeks EU membership for Serbia, critics warn that democratic freedoms have been sharply eroded since his party came to power in 2012.