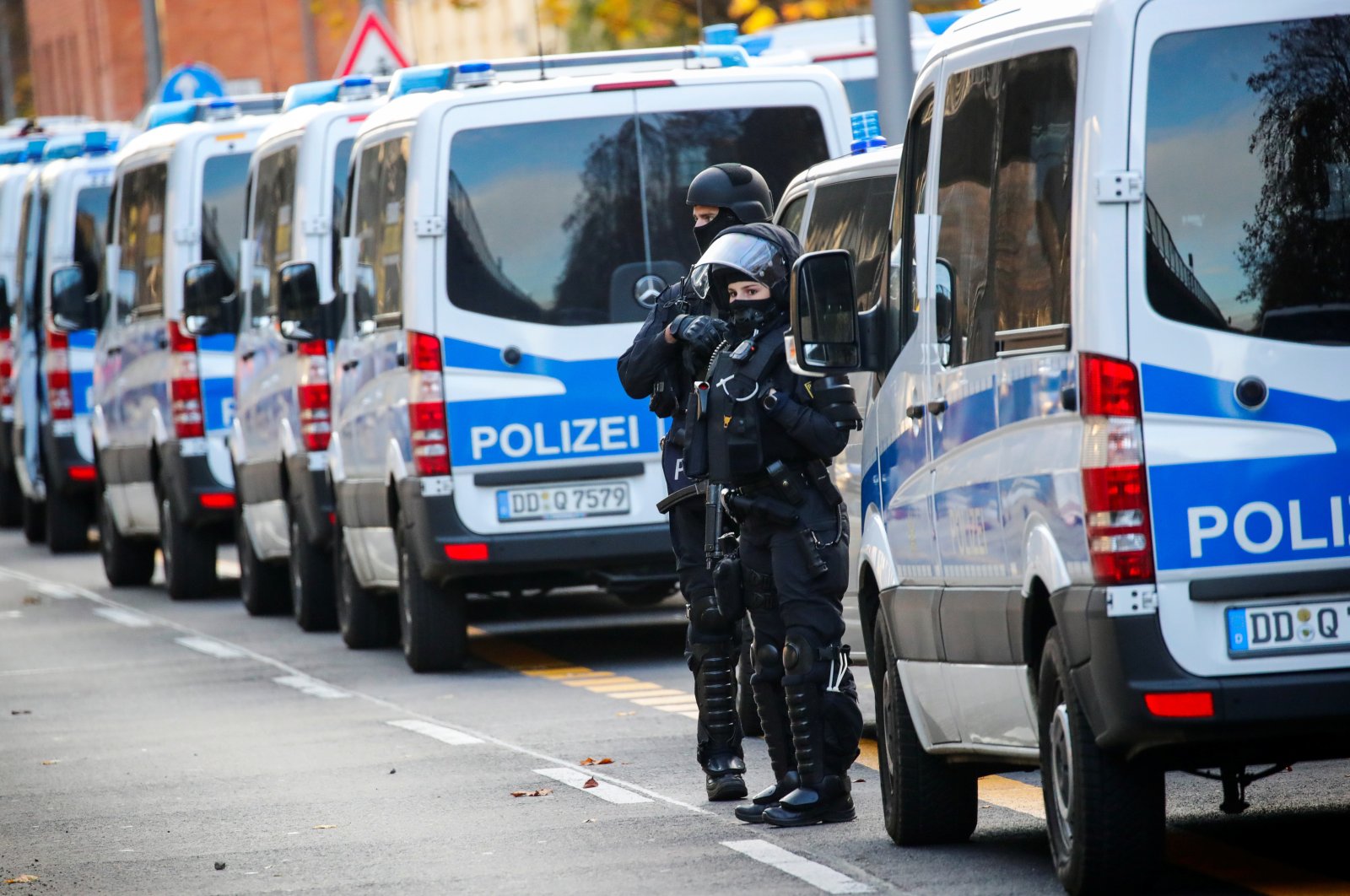 German police officers secure the area during raids in Berlin, after thieves grabbed priceless jewels from the historic Green Vault museum (Gruenes Gewoelbe) in the city of Dresden last year, in Germany, November 17, 2020. (Reuters File Photo)
by REUTERS Nov 20, 2020 1:15 am

Several people were injured in a stabbing attack in the western German town of Oberhausen on Thursday evening, Focus Online reported, adding that a suspect had been arrested.

Westdeutsche Allgemeine Zeitung reported that several people had been taken to hospital with stab wounds.

The incident appeared to be a family dispute, Reuters quoted the police as saying.

A spokesman for police in the nearby city of Essen said all five, including the attacker, had been treated in hospital and at least one sustained life-threatening injuries.