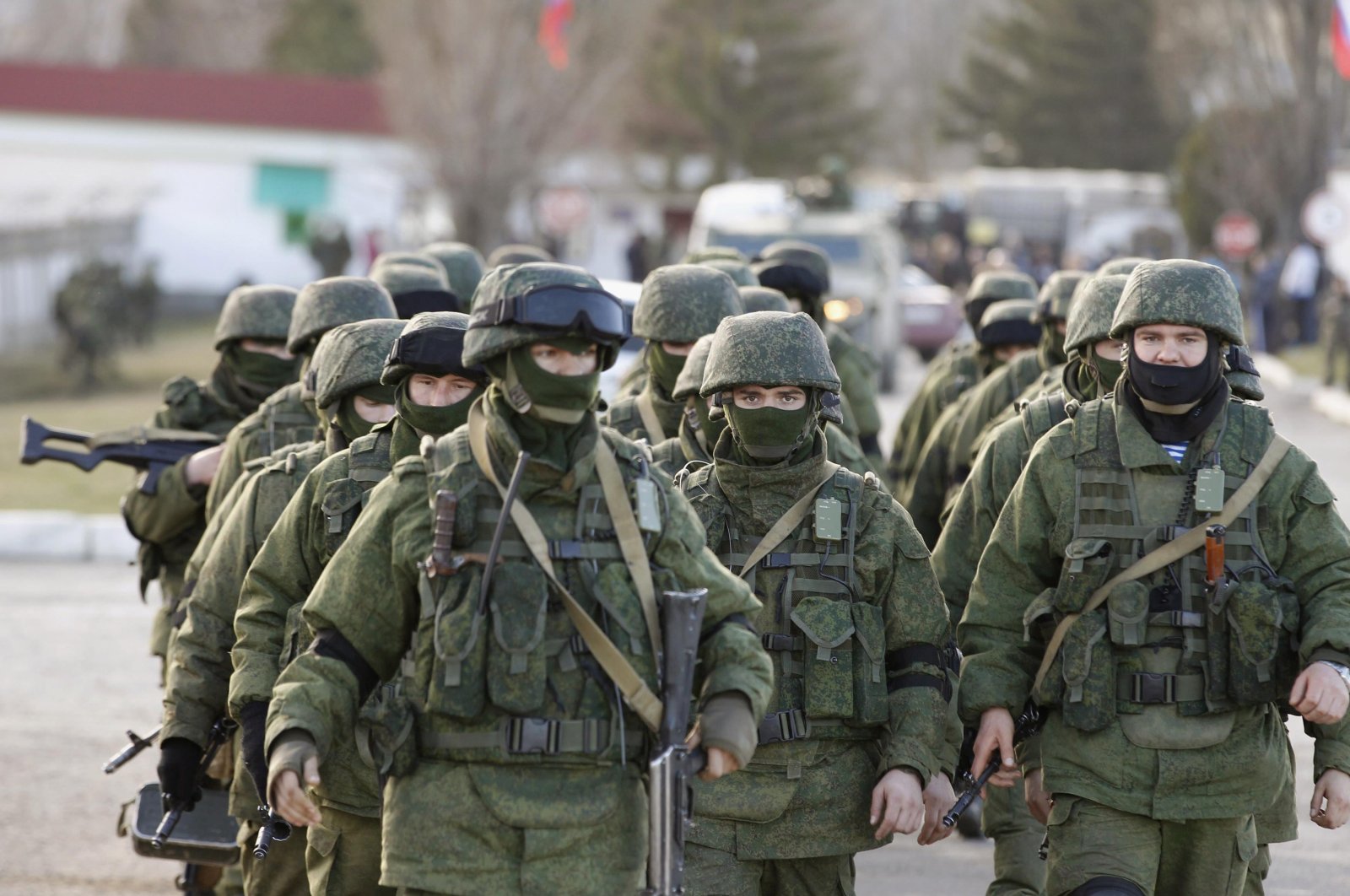 Russian servicemen walk outside the territory of a Ukrainian military unit in the village of Perevalnoye outside Simferopol in Russian-occupied Crimea, Ukraine, March 3, 2014. (Reuters Photo)
by Compiled from Wire Services
Nov 09, 2020 11:04 am

A Russian serviceman killed three colleagues in a shooting Monday at a base near the southern city of Voronezh, news agencies reported citing the military.

"Three servicemen sustained lethal injuries as a result of the attack," Russia's Western Military District said in a statement carried by Interfax.

"The command of the military unit, acting together with law enforcement agencies, is working to track down and detain the assailant," it added.

The statement said the attack began in the early hours of Monday.

An unnamed Interfax source said the shooting was sparked when an altercation broke out between the soldier and an officer during an inspection.

The soldier "grabbed a handgun" from the officer's holster and fired, the source said, with three colleagues reported dead.

Authorities on the military base were negotiating with the suspect who had locked himself in a building, Interfax reported.

Shootings at military facilities in Russia are not uncommon, and rights groups have sounded the alarm over brutal hazing rituals in the Russian army, known as "dedovshchina," that were routine in the 1990s but have declined in recent years.

"Dedovshchina," which translates as the "rule of grandfathers," is the informal subjugation of new recruits to older soldiers.

According to The Union of Soldiers' Mothers Committees, a Russian nongovernmental organization (NGO) with a stated mission of exposing human rights violations within the Russian military, about 80% of cases of violence against soldiers go unreported as military commanders turn a blind eye to the brutal hazing practices that plague the army.

In October last year, a Russian soldier opened fire on troops at a military base in Siberia, killing eight and injuring two in an attack he blamed on hazing that made his life "hell."

Military service is compulsory in Russia for men between 18 and 27, but many people use loopholes to evade conscription.