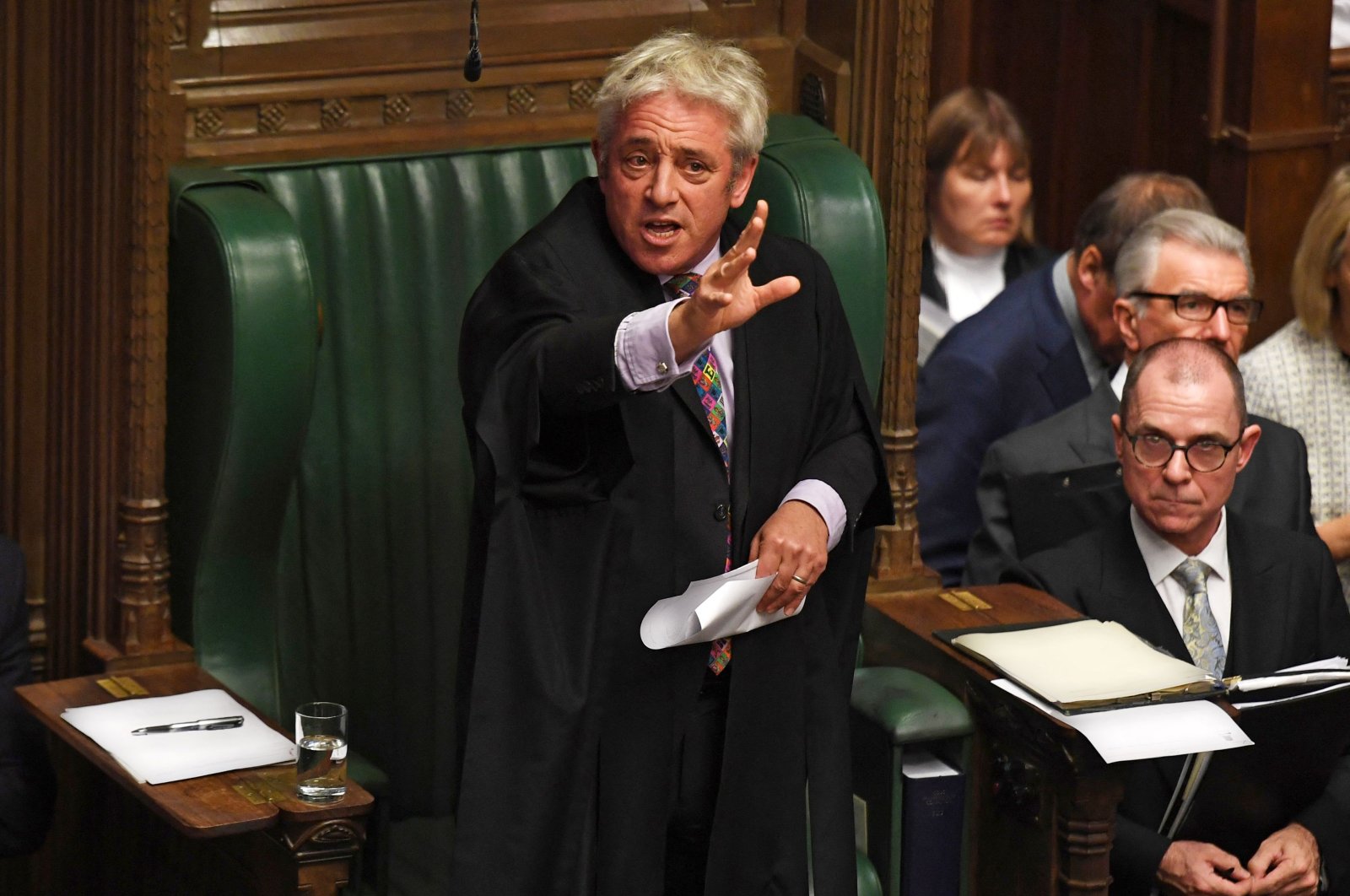 The former speaker of the British House of Commons, John Bercow, has quit the Conservative Party and joined the opposition Labour Party, announcing that the country is "sick of lies" under Prime Minister Boris Johnson.

In an interview with the Observer newspaper published on Sunday, the former parliamentarian said the Conservative Party under Johnson was "reactionary, populist, nationalistic and sometimes even xenophobic."

Bercow, who stepped down as speaker in October 2019 after 10 years, said he joined the Labour Party a few weeks ago because he shared its values.

"I am motivated by support for equality, social justice and internationalism. That is the Labour brand," he told the Observer. "The conclusion I have reached is that this government needs to be replaced. The reality is that the Labour Party is the only vehicle that can achieve that objective. There is no other credible option."

In an interview with Sky News, Bercow insisted his decision was "not personal against Boris Johnson." But in scathing comments, he said Johnson had "only a nodding acquaintance with the truth in a leap year" and the way he treated parliament "with contempt" was "lamentable."

Bercow also told The Observer the prime minister was "a successful campaigner but a lousy governor," criticizing policies such as cutting the international aid budget.

"I don't think he has any vision of a more equitable society, any thirst for social mobility or any passion to better the lot of people less fortunate than he is. I think increasingly people are sick of lies, sick of empty slogans, sick of a failure to deliver," he told the Observer.

Bercow also directed a jibe at Health Minister Matt Hancock, widely criticized for his handling of the pandemic, telling Sky: "I would buy him at my valuation and sell him at his and realize a healthy profit in the process."

On the other hand, he described Labour leader Keir Starmer as "an honest, decent person." He denied suggestions that he was angling for a peerage from Labour after the Tories denied him this.

"There has been no barter, no trade, no deal whatsoever," he told Sky News.

Bercow served as a Conservative member of Parliament for Buckingham for 12 years before being elected speaker in 2009, becoming the youngest person to hold the role for 100 years. The post of speaker is politically impartial and the holder is expected to resign from their party on appointment. Bercow told Sky News he did not rejoin the Conservative Party afterwards.

Famed for his shouts of "Order, order!" to bring raucous parliamentarians in line, Bercow found himself as the man in the middle of more than three years of fiery parliamentary debates on Britain's withdrawal from the European Union. He enraged the ruling Conservatives with a series of decisions they saw as trying to stymie Brexit and favouring the "Remain" side.

The 58-year-old vehemently denied ever taking sides but earned praise from pro-Europeans and a global following with his rulings and outsized personality. His later years as speaker were overshadowed by allegations of bullying parliamentary staff, accusations he denies.

"I think the suggestion that I presided over that culture (of bullying) is quite wrong," he told Sky News, saying that a complaint by one person against him was rejected.

Labour's former shadow chancellor John McDonnell said Bercow had been "scrupulously fair" in his treatment of members of Parliament.

"He won our respect, especially for his fight to protect the rights of Parliament. I wholeheartedly welcome him into the Labour party," McDonnell tweeted.

Conservatives sought to downplay the significance of Bercow's defection. Justice Minister Robert Buckland told Sky News: "To be fair to John Bercow, I think he left the Conservative Party a long time ago."