Sigh of relief in Europe, dark days ahead for US 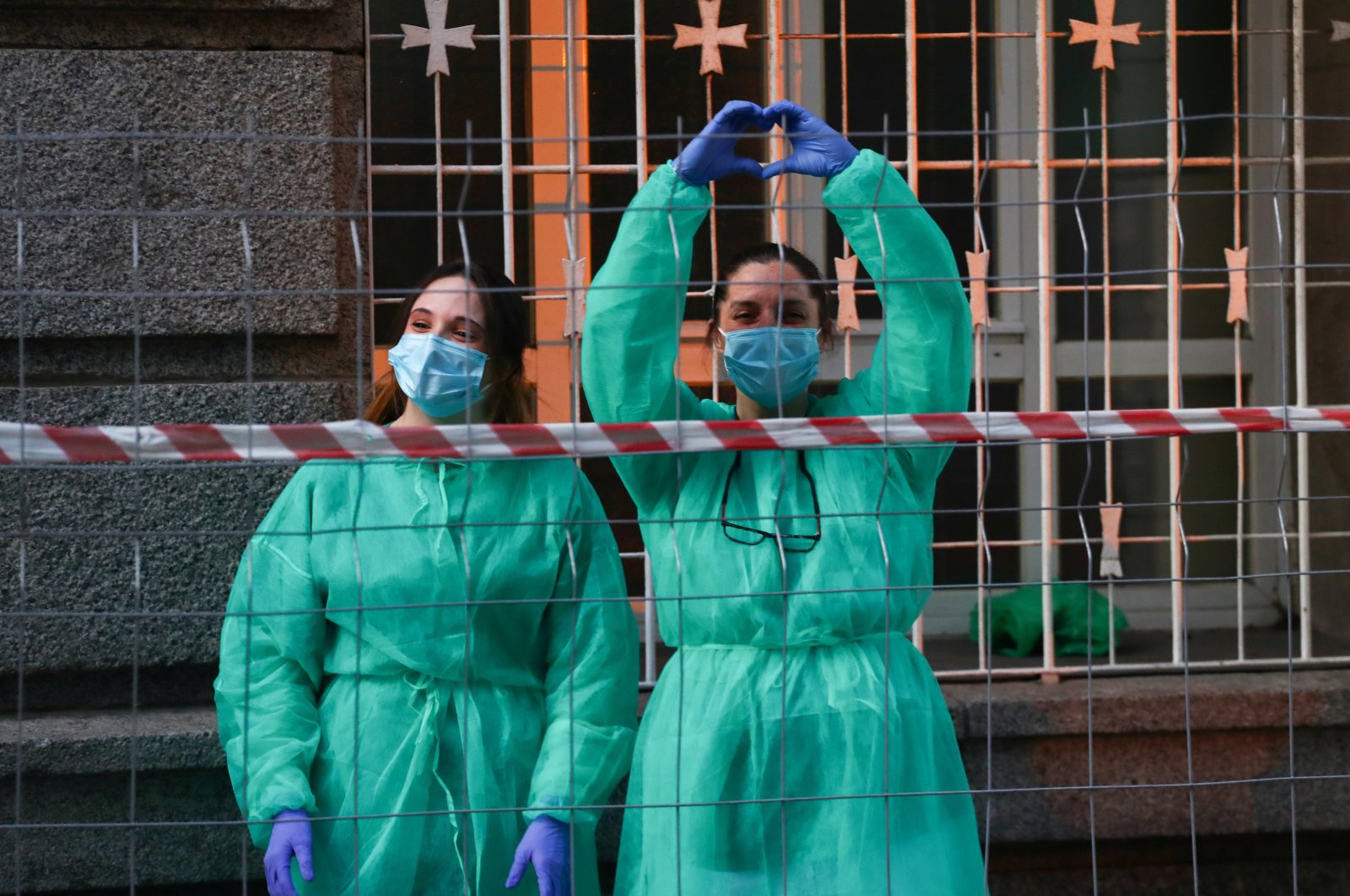 As the U.S. braces for the darkest days in its fight against the coronavirus, the slowing pace of the death toll brings Europe brief respite with Italy and Spain hoping the worst may have passed

While Europe's hardest-hit countries showed tentative signs of progress in the battle against the coronavirus with a slowing pace of deaths, the virus still threatens Americans as the U.S. surgeon general compared the likely impact of the epidemic in the week ahead to 9/11 or Pearl Harbor.

In Europe, countries reported lower numbers of new infections along with Austria and Italy, and they began thinking about easing lockdown restrictions. Spain's pace of new coronavirus deaths slowed for the fourth day on Monday as the government contemplated a gradual easing of a lockdown in place since mid-March in the country with the second-highest death toll from the global pandemic.

As with worst-hit Italy, data in Spain is giving cause for hope that the peak has passed. On Monday, it reported 637 fatalities in the previous 24 hours, a 5% increase in total and less than half the pace recorded a week earlier.

In London, virus-stricken Prime Minister Boris Johnson spent the night at a hospital for tests, after Queen Elizabeth II delivered a rare emergency address in a 68-year reign to urge Britain to "remain united and resolute."

The new coronavirus has killed more than 70,000 people across the globe, the majority in Europe. Out of a total of 70,009 killed in the pandemic, 50,215 are in Europe, according to figures compiled from official government data and the World Health Organization (WHO).

But, while the curve was bending in Europe, there was little sign of a let-up in the U.S., where the death toll approached 10,000 and authorities warned worse was around the corner. "This is going to be the hardest and the saddest week of most Americans' lives, quite frankly," U.S. Surgeon General Jerome Adams told Fox News. "This is going to be our Pearl Harbor moment, our 9/11 moment, only it's not going to be localized."

The death toll in hardest-hit New York state rose to 4,159, Gov. Andrew Cuomo said, up from 3,565 a day earlier. It was the first time the daily toll had dropped, but Cuomo said it was too early to tell whether that was a "blip."

3 in 4 US hospitals face virus

The U.S. is trying to slow the surge in coronavirus infections so that the number of sick people won't overwhelm already strained hospitals. However, a federal report finds hospitals are expected to be overwhelmed as cases skyrocket toward their projected peak. Three out of four U.S. hospitals surveyed are already treating patients with confirmed or suspected cases of COVID-19, the report found.

A report due out Monday from a federal watchdog agency warns that different, widely reported problems are feeding off each other in a vicious cycle. Such problems include insufficient tests, slow results, scarcity of protective gear, the shortage of breathing machines for seriously ill patients and burned-out staff anxious for their own safety.

“Hospitals anticipated being overwhelmed by a surge in COVID-19 patients, who would need specialty beds and isolation areas for effective treatment,” the report said.

Parts of Europe provide a glimpse of what hospitals here are trying to avoid. The AP reported last week that some European nations are throwing together makeshift hospitals and shipping coronavirus patients out of overwhelmed cities via high-speed trains and military jets. In Spain, doctors are having to make agonizing decisions about who gets the best care. In the U.S., two Navy hospital ships have been deployed and field hospitals erected.