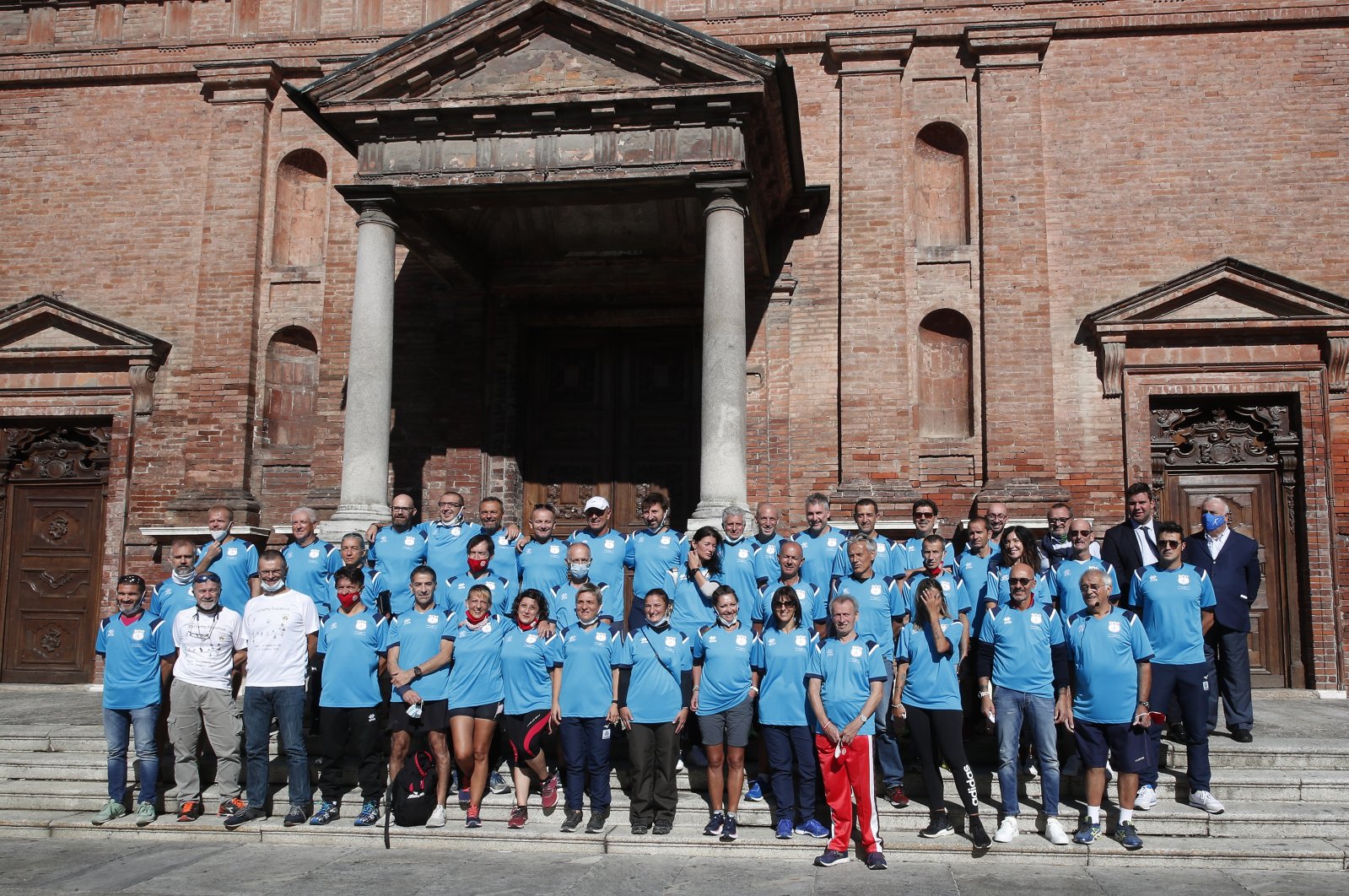 Italy’s coronavirus "Patient No. 1,” whose case confirmed one of the world’s deadliest outbreaks was underway, is taking part in a 180-kilometer (112-mile) relay race as a sign of hope after he himself recovered from weeks in intensive care.

Mattia Maestri, a 38-year-old Unilever manager, was suited up Saturday for the start of the two-day race between Italy’s first two virus hot spots. It began in Codogno, south of Milan, where Maestri tested positive Feb. 21, and was ending Sunday in Vo’Euganeo, where Italy’s first official COVID-19 death was recorded the same day.

Wearing a dark face mask, Maestri said the race was a "beautiful initiative” uniting the two virus-ravaged towns and the hard-hit swath of territory between them. He said he was thrilled to even be alive to participate.

"I feel very lucky,” he said at the starting line.

Maestri had first gone to the hospital in his hometown of Codogno with flu-like symptoms Feb. 18 but was sent home. He returned the next day after his condition deteriorated and the doctor on duty, Dr. Annalisa Malara, decided to test him for the new coronavirus even though doing so went beyond the protocol for the testing set by the Health Ministry at the time: Maestri hadn't traveled to China or been in contact with a known positive case.

Maestri’s positive result Feb. 21 was the first confirmed case of domestic transmission in Italy, evidence that the virus was circulating silently among the local population. Within days, Italy would become the epicenter of the outbreak in Europe, where it still has the second-highest number of COVID-19 deaths after Britain.

The Italian government immediately quarantined Codogno and 10 nearby towns and imposed a lockdown in Vo’Euganeo, where on the same day as Maestri’s positive result authorities confirmed the first death of someone who tested positive post-mortem, Adriano Trevisan.

"United first by the suffering and pain, Codogno and Vo', the first two communities hit, are united today in hope," said Patrizia Baffi, a Lombardy region councilor who was on hand for the start of Saturday's race.

Maestri spent nearly three weeks in intensive care and weeks more hospitalized during which his own father died of the virus. Soon after he was released, his wife – who had tested positive but without serious complications – gave birth to their first child, Giulia.

Maestri has since recovered fully and said Saturday he felt well enough to participate in the race. A marathoner and avid soccer player before he got sick, Maestri is taking the final leg of the relay and is scheduled to cross the finish line in Vo' on Sunday.

Maestri expressed concern about the continued surge of infections in Europe – on Saturday Italy added another 1,869 infections and 17 deaths to its official COVID death toll, far fewer than in neighboring countries. He urged Italians to observe the three rules of social distancing, face masks and frequent handwashing to keep the virus under control.

"I think if we observe those two to three simple rules they have given us, we will continue to see results in Italy," he said. "Let’s hope this is the right way to go.”

Maestri still marveled about his recovery – he said the experience was "like a movie" – and how his case became the wake-up call for Europe, and now the world, of the virus’ ability to spread.

"You live in a normal world, all is peaceful, then it all happened, and I didn’t even know at the time," he said of his infection. "I found out only a month later when I got out."

He said one day he’ll tell his daughter how her father became known as Patient No. 1.

"She’ll read about it, she’ll get to know it, and I’ll tell her what happened,” he said.

But he added: "I still have time to think about it.”