Situation remains tense in Armenia as hundreds camp outside parliament 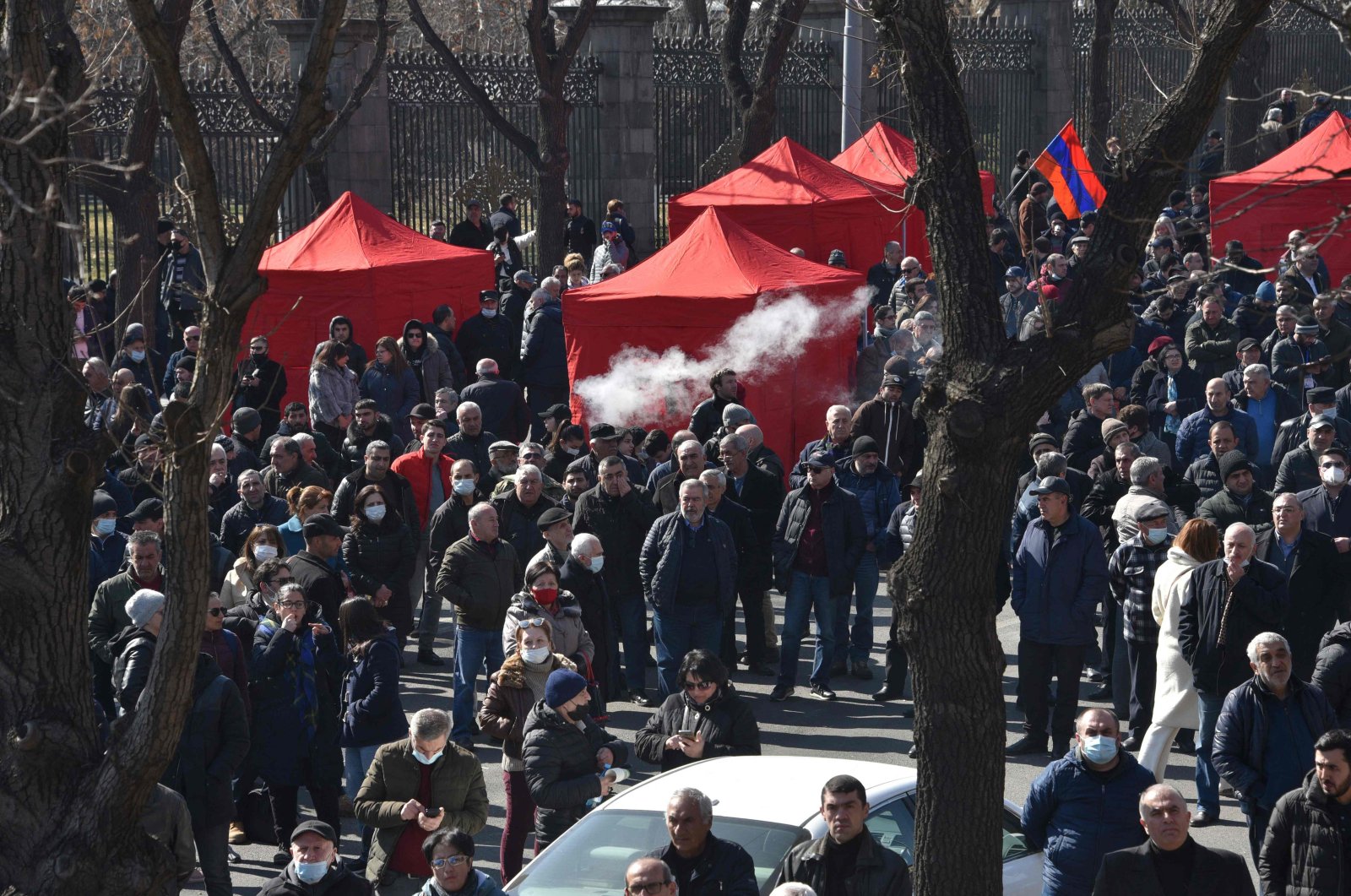 The small South Caucasus nation plunged Thursday into a fresh political crisis as Pashinian defied calls to resign, accused the military of an attempted coup and rallied some 20,000 supporters in the capital Yerevan.

The opposition gathered some 10,000 of its own supporters, who put up tents outside the parliament building, erected barricades and vowed to hold round-the-clock demonstrations.

On Friday morning, opposition supporters blocked streets near the parliament building as they prepared to stage a new rally. A leader of the opposition Dashnaktsutyun party, Gegham Manukyan, told reporters that opposition parties would only speak with Pashinian about "his resignation."

Pashinian has said he is ready to start talks with the opposition to defuse tensions but also threatened to arrest any opponents if they violate the law.

Armenian prime minister has faced fierce criticism after he signed a cease-fire pact with Azerbaijan that conceded territory occupied by Armenian forces. The deal ended a six-week war over the Nagorno-Karabakh territory in which thousands died. The dispute with Azerbaijan over the territory had ensued for decades.

The agreement was seen as a national humiliation for many in Armenia, though Pashinian has said he had no choice but to agree or see his country's forces suffer even bigger losses. Armenia's military had backed Pashinian for months but on Thursday the military's general staff joined calls for him to step down, saying in a statement that he and his cabinet were "not capable of taking adequate decisions."

Pashinian hit back with an accusation that top brass were mounting an "attempted military coup" and ordered the firing of the chief of the General Staff Onik Gasparyan. However, Gasparyan is still in power even after the Armenian prime minister tried to sack him. The military chief refused to meet Pashinian and government ministers and made a statement on Twitter Friday saying that "our demands didn’t change. The situation can worsen."

President Armen Sarkisian, whose role is largely symbolic, said he was taking urgent steps to try to defuse the crisis, while Armenia's Apostolic Church called for all sides to hold talks "for the sake of our homeland and people."

"We are against all types of coups. We simply cannot accept coup attempts," Erdoğan told reporters in a brief news conference following Friday prayers in Istanbul. He continued by saying that the Armenian military's attempt is "unacceptable," adding that the Armenian people should have the final say if the existing administration needs to be changed.

"They need to leave this decision to the Armenian people's will," Erdoğan added.

Meanwhile, Russian President Vladimir Putin spoke to Pashinian and "called on all parties to show restraint," the Kremlin's spokesperson said.