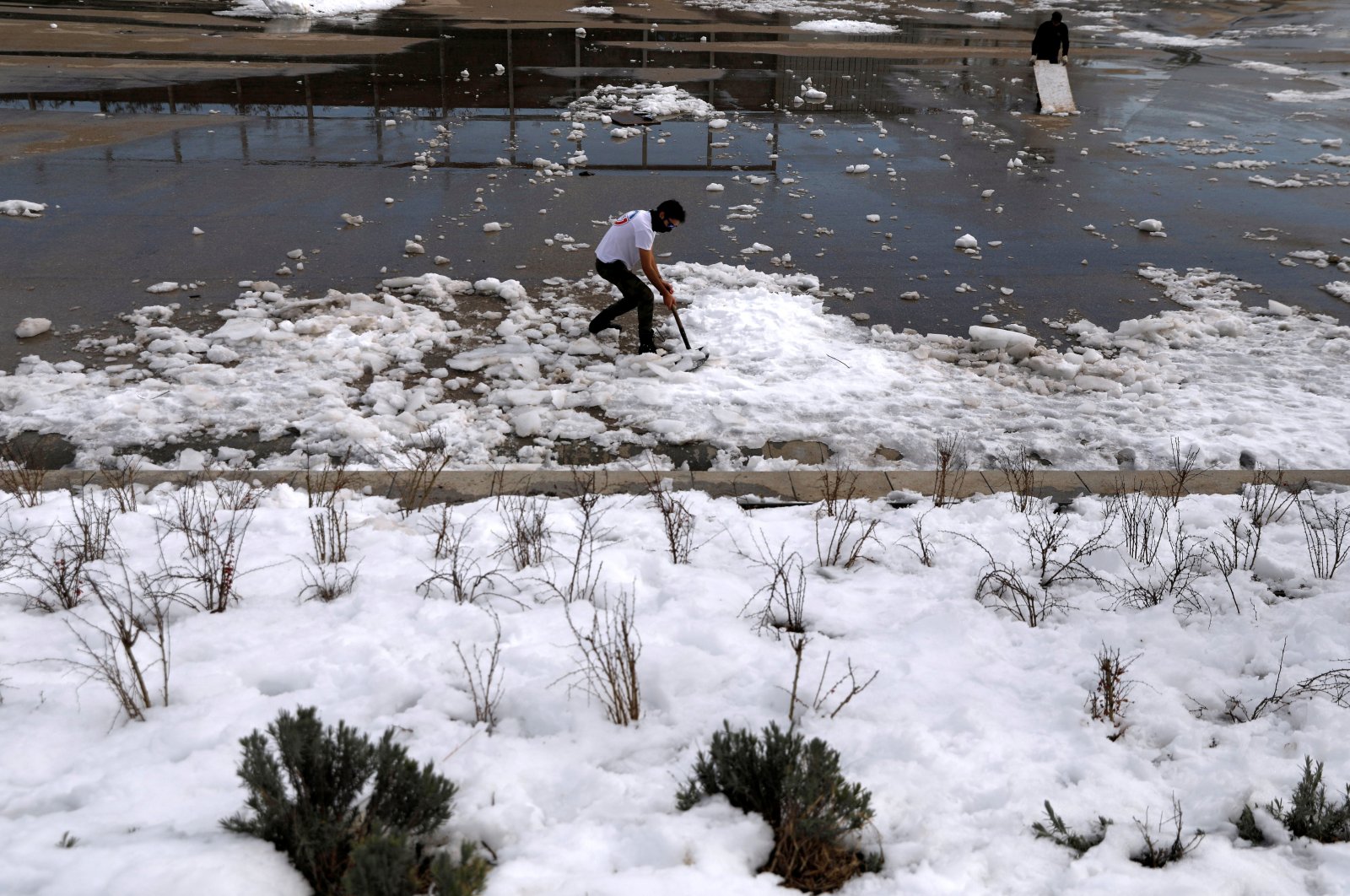 Members of a skating club clear ice and snow from the public area where they train after heavy snowfall in Madrid, Spain on Jan. 15, 2021. (Reuters Photo)
by REUTERS Jan 19, 2021 4:58 pm
RECOMMENDED

Spain's government classified Madrid and other regions struck by Storm Filomena last week as disaster zones on Tuesday, a move that will trigger emergency subsidies and other support measures.

This came as the Madrid regional government warned that rains predicted for Wednesday were likely to bring floods and further chaos.

"The rains predicted by (state weather agency) AEMET, although moderate, are likely to cause floods when all the ice begins to melt," the regional government said.

The snowstorm brought the heaviest snowfall in decades and caused at least 1.4 billion euros ($1.70 billion) in damage to the Spanish capital, according to a preliminary estimate from the mayor's office, though opposition parties have disputed that number.

Fallen trees and snowdrifts, which hardened into ice blocks during the ensuing cold snap, blocked roads and train lines, cutting off supplies to Madrid and leaving supermarket shelves empty.

A mammoth cleanup effort involving thousands of police, firefighters and military personnel slowly restored some degree of normality to the city and most public transport has resumed.

But many streets and pavements have yet to be cleared of snow that in some places turned black with pollution and is mixed with garbage the city struggled to collect during the storm and in the days after.

Schools, closed since Monday last week, were expected to reopen on Wednesday.

Two of the capital's biggest parks, El Retiro and Casa de Campo, will however remain shut for two months because of the damage to trees, mayor Jose Luis Martinez-Almeida said. The city has estimated that 70% of trees in the Retiro have been damaged.

The Conservative-run city's 1.4 billion euro estimate for the damage caused by the storm has been criticised as inflated by the left-wing central government. Socialist Madrid city councillor Enma Lopez described the mayor's estimate as "unreal" in a video posted to Twitter on Sunday.