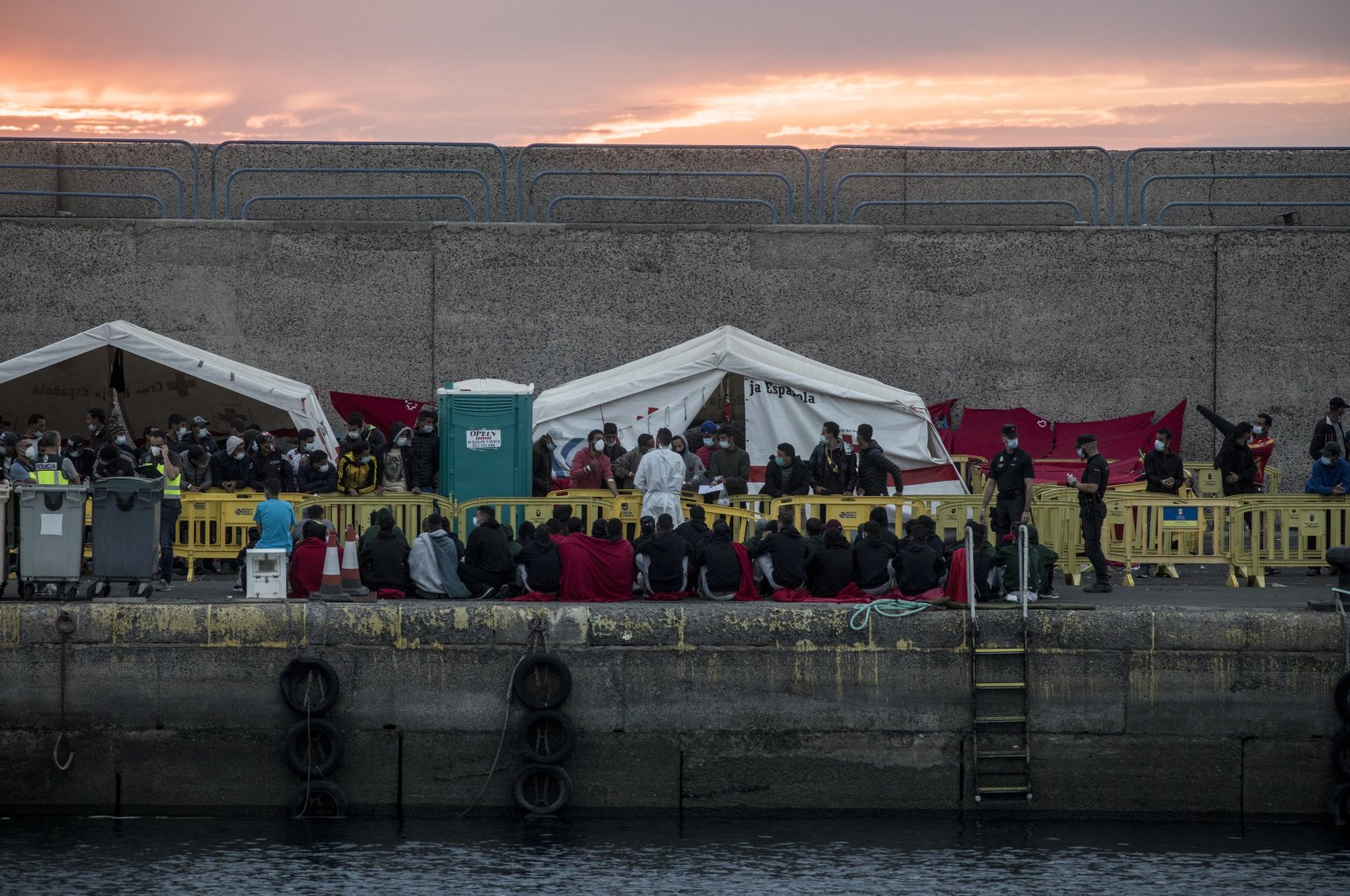 Spanish authorities have dismantled the bulk of a makeshift camp for migrant processing that for over three months was known as the "dock of shame” for holding thousands of Africans in squalor after they arrived in the Canary Islands.

The Spanish government’s delegation in the Atlantic Ocean archipelago confirmed Monday that all the 830 people held Friday at the Arguineguín dock, on the southwestern coast of Gran Canaria Island, had been moved out by Sunday night to other facilities.

The last to leave were 27 migrants who had tested positive for the coronavirus and who have been placed in isolation. Under a dozen marquees and assisted by Red Cross volunteers, most of the 14,000 migrants arriving since late August have spent time at the Arguineguin dock.

At its peak, in mid-November, nearly 2,600 people slept, ate and were tested in the makeshift facility, under police watch, upon arrival on maritime rescue boats. The facility has been criticized by human rights organizations and Spain's ombudsman for its poor conditions. Many migrants were left to sleep with just a blanket and no showers.

Potential asylum-seekers had no proper access to legal advice, and some people were held for much longer than the three days that the law allows, critics have said. All migrants have been relocated to makeshift military facilities with better infrastructure and hotels across Gran Canaria and other islands, Anselmo Pestana, the Spanish government delegate in the archipelago, told reporters on Monday.

The island group is better known for its beaches, volcanic landscapes and other natural wonders that in non-coronavirus times attract millions of visitors from wealthier European countries.

The left-wing coalition led by Prime Minister Pedro Sanchez is trying to reactivate deportations to Morocco, where most of the migrants are coming from, and other Western African countries, while transferring to the Spanish mainland only a few of them, mostly women, minors and a reduced number of asylum-seekers.

More than 20,000 people seeking a better life have arrived so far this year in the Spanish archipelago, up from 1,500 in the same period of 2019. According to the United Nations' International Organization for Migration, at least 500 have died while attempting to reach the islands that they see as a stepping stone into Europe.