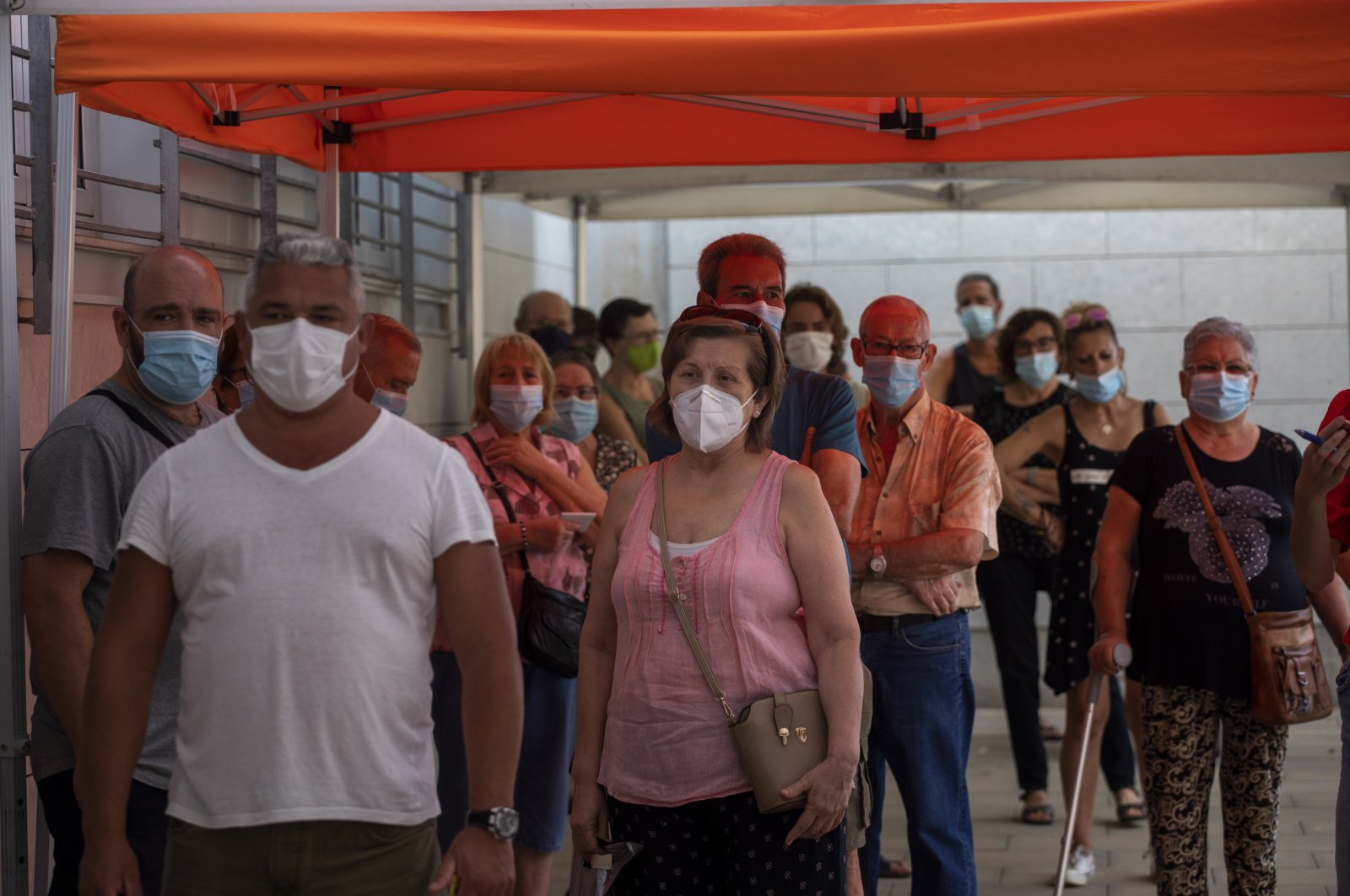 Not two months after battling back the coronavirus, Spain’s hospitals are beginning to see patients struggling to breathe returning to their wards.

The deployment of a military emergency brigade to set up a field hospital in Zaragoza this week is a grim reminder that Spain is far from claiming victory over the coronavirus that devastated the European country in March and April.

Authorities said the field hospital is a precaution, but no one has forgotten scenes of hospitals filled to capacity and the daily death toll reaching over 900 fatalities a few months ago.

While an enhanced testing effort is revealing that a majority of the infected are asymptomatic and younger, making them less likely to need medical treatment, concern is increasing as hospitals begin to see more patients.

Experts are searching for reasons why Spain is struggling more than its neighbors after western Europe had won a degree of control over the pandemic.

But one thing is clear: The size of the second wave has depended on the response to the first one.

“The numbers are saying that where we had good local epidemiological tracking, like (in the rural northwest), things have gone well,” Bengoa said. “But in other parts of the country where obviously we did not have the sufficient local capacity to deal with outbreaks, we have community transmission again, and once you community transmission, things get out of hand.”

Bengoa is one of 20 Spanish epidemiologists and public health experts who recently called for an independent investigation in a letter published in the medical journal The Lancet to identify the weaknesses that have made Spain among the worst affected countries by the pandemic in Europe despite its robust universal health care system.

Except for teenagers and young adults, Spaniards largely comply with mandatory face mask rules. The health ministry also embarked on one of the world’s largest epidemiological surveys. Randomly testing over 60,000 people, it found the virus prevalence to be 5%, showing that the population was far from a “herd immunity.”

However, Spain, with a population of 47 million, leads Europe with 44,400 new cases confirmed over the past 14 days, compared with just 4,700 new cases registered by Italy, with 60 million inhabitants, which was the first European country to be rocked by the virus.

Spain is still in good shape compared with many countries in the Americas, where the spread seems unchecked in the U.S., Mexico and several South American countries.

But hospitalizations with COVID-19 have quintupled in Spain since early July, when cases were down to a trickle after a severe lockdown stopped a first wave of the virus that had pushed the health care system to breaking point.

On Tuesday, Spain’s ministry reported 805 people nationwide hospitalized over the past seven days. Half of the 64 people who died over the previous week were from Aragon, the region surrounding Zaragoza.

“There is no one single factor in such a pandemic,” said Manuel Franco, a professor of epidemiology at John Hopkins and Spain’s University of Alcala, who also signed The Lancet letter.

Franco cited Spain’s economic inequalities that have exposed poorer communities, especially fruit pickers, to greater harm, understaffed epidemiological surveillance services and its large tourism industry. Combined with other factors, they could have formed a lethal cocktail.

Bengoa believes that social customs and traits prevalent in Mediterranean cultures, which emphasize physical contact and smaller personal space, have worked against Spain.

“Family gatherings are dangerous in Spain. We are being anti-Spanish in social gatherings if Spaniards don’t kiss, hug and touch one another," Bengoa said, adding that Spanish and Italian families live in larger, more multigenerational groups than in northern European countries, making contagion inside households more likely.

Some authorities seem to agree. Spain’s Canary Islands government has issued a public awareness spot that shows a family gathering to celebrate a grandfather’s birthday, with people taking off masks and embracing, only to end with the grandfather in a hospital bed.

Spain’s regions have complained that the central government has not given them the special authority to confine people to their homes that it used under a three-month state of emergency. That has led to regions having to recommend that people stay at home – instead of ordering them to do so – and lower compliance.

Yet it seems that adjusting to the “new normal” of coexisting with the virus has been uneven across Spain’s regions.

A contact tracing app has been recently developed by the health ministry, but the regional governments of Madrid and Barcelona appear to have underestimated the need to contract more contact tracers to keep tabs on cases.

Madrid, whose conservative leaders rarely shy away from a political scuffle with the nation’s left-wing government, has called for university volunteers to act as tracers and hired a private hospital to help do tracing.

Madrid’s regional health chief Enrique Ruiz told Spanish health news website ConSalud.es on Wednesday that the region including the capital has doubled its hospitalizations each week for the past month, reaching 4,600 last week.

“Our hospitals can handle the number of patients in the wards and critical care units, but that does not mean that we aren't closely watching the situation,” Ruiz said.

Catalonia's separatist-led administration, likewise, moved too slowly and is now having to do pool testing to control clusters. Catalonia's public health director, Josep Argimon, said Wednesday that the situation is “stabilized."

“You need people in the field doing shoe leather work to search for contacts,” Porta said. “It boils down to very simple things, and some regional governments are not doing what they said they would."