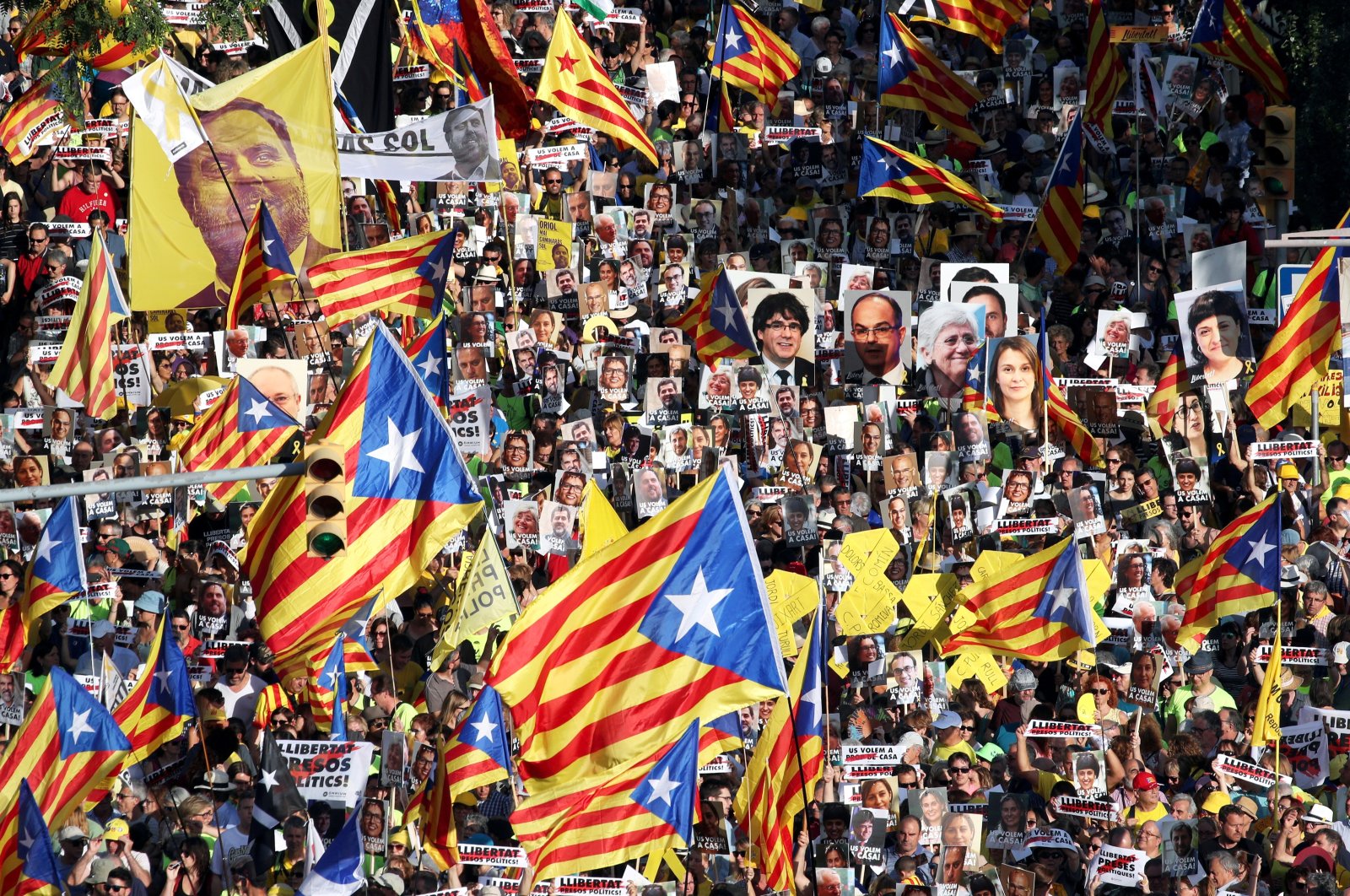 In an apparent move to end the political crisis in northeastern Spain, the country Tuesday pardoned nine Catalan separatist politicians, who were convicted over the failed independence bid in 2017.

"The pardons for those convicted were approved" during the morning Cabinet meeting, Prime Minister Pedro Sanchez's office tweeted, confirming the decision to grant clemency to nine separatist leaders, who were serving long prison sentences.

Although the date of their release remains unclear, the judicial authorities will work rapidly to complete administrative steps, meaning it could happen very quickly, press reports said.

The separatists were convicted over a banned referendum in October 2017 that was marred by police violence and followed by a short-lived declaration of independence, sparking Spain's worst political crisis in decades.

Several fled abroad but 12 others were tried and convicted, with three-quarters of them handed prison terms of nine to 13 years.

Sanchez has said his government hopes the pardons will pave the way toward "reconciliation" but the decision to extend clemency has been attacked by Spain's right-wing opposition, as well as by the separatists.

Many in the pro-independence camp have dismissed the pardons as a political stunt, demanding a full amnesty that would allow those who fled abroad to return home.

Analysts have warned it is a risky political gamble which may help calm tensions but may solve the yearslong crisis over the separatist crisis, which has left Catalonia sharply divided.

When the separatists were sentenced in October 2019 by Spain's Supreme Court, the ruling triggered an outcry across Catalonia, with thousands hitting the streets in protests that sometimes turned violent.

"I am convinced that releasing from jail these nine people, who represent thousands of Catalans, will be a resounding message of a desire for harmony and coexistence," Sanchez said Monday.

Although 53% of Spaniards oppose the pardons, more than two-thirds – 68% – of Catalans are in favor, an Ipsos poll found.

The Supreme Court has also opposed the pardons, as have Spain's right-wing opposition parties who accuse Sanchez of playing politics as his minority government relies in part on Catalan separatists for support in the national parliament.

It remains to be seen though if the pardons will drive forward dialogue between Madrid and the Catalan regional government, headed by Pere Aragones, a recently elected moderate separatist from the leftist ERC party.

In the coming weeks, Sanchez will meet for the first time with Aragones, who is far more open to negotiating than his hardline predecessor, Quim Torra.

Even so, the independence movement is unlikely to give up on its desire for an amnesty and to hold a referendum on self-determination this time with Madrid's approval. Both options have been firmly ruled out by Sanchez's government.