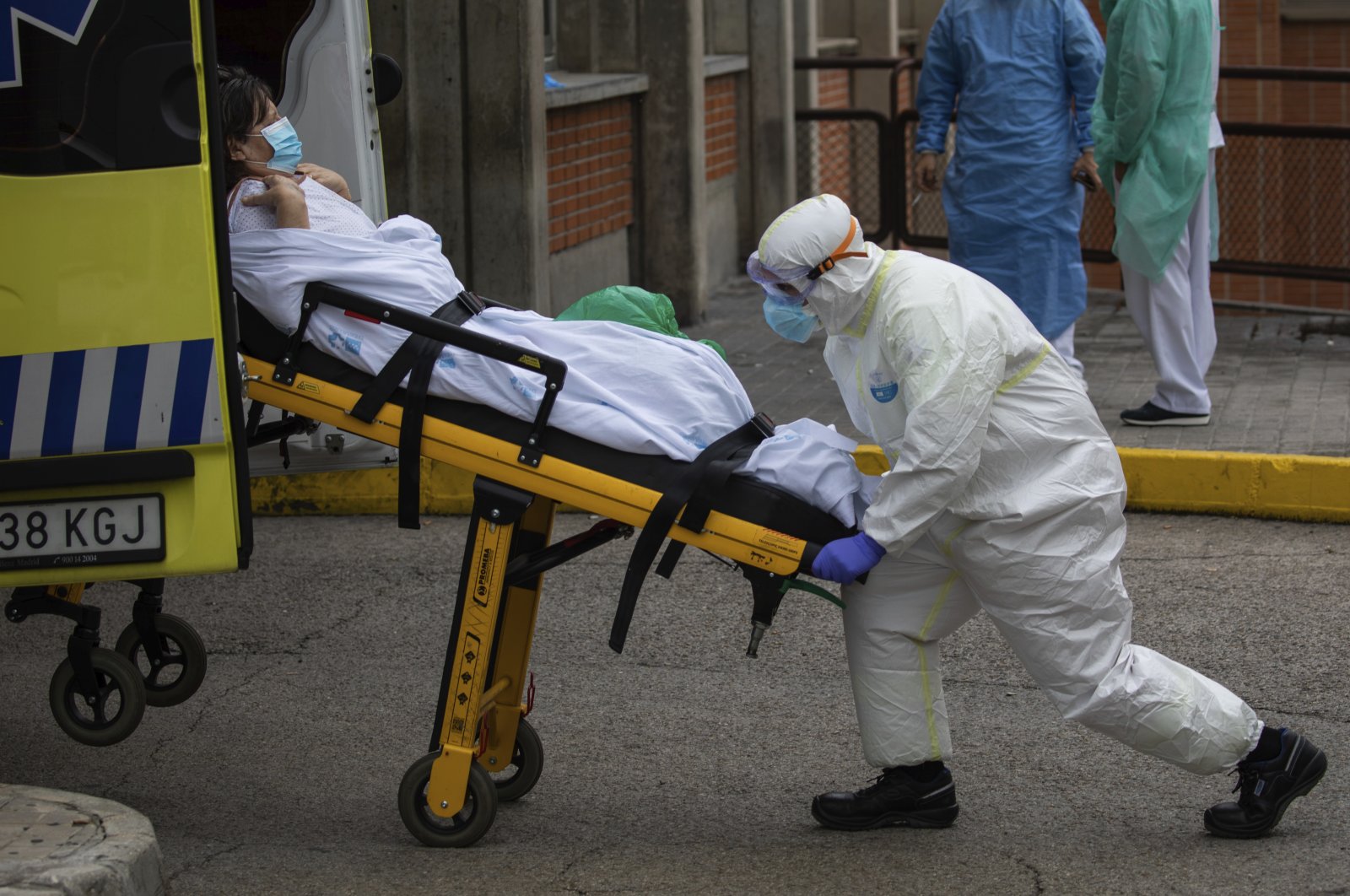 A member of the health staff team wearing a protective suit to protect against the coronavirus transfers a patient into an ambulance at the Severo Ochoa hospital in Leganes, outskirts of Madrid, Spain, Tuesday, April 7, 2020. (AP Photo)
by Compiled from Wire Services Apr 08, 2020 12:41 pm

The number of daily coronavirus infections and deaths in Spain hit a four-day high Wednesday, the country's Health Ministry said.

The death toll rose for the second day, with 757 people having died over the past 24 hours, though the pace of the proportional daily increase in the death toll has slowed down slightly, the ministry said.

The number of total fatalities caused by the new coronavirus in Spain rose to 14,555. The daily increase as a percentage of the total death toll was 5.5%, down from 5.7% the day before, when 743 people died.

Spain is the second worst-afflicted country in terms of cases and fatalities.

The country has been under tight lockdown since mid-March and the restrictions are expected to remain in place at least until the end of April. The Spanish health system has been overwhelmed and the government has been seeking any help it can get.

Spain said its downward trend in new infections and deaths was continuing and that increases in fatalities in the beginning of this week were the result of weekend deaths being tallied.