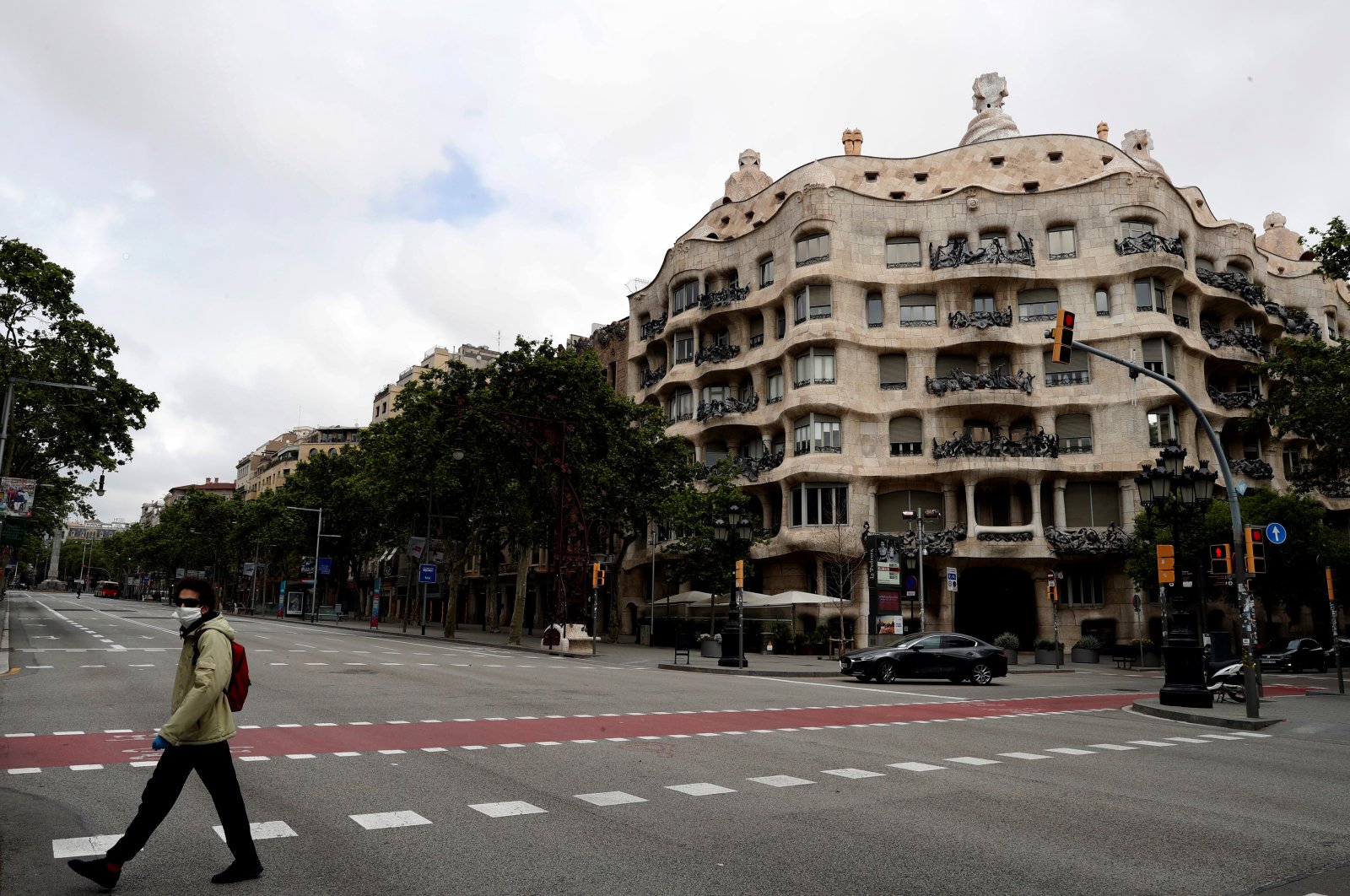 A man promenades with his dog in front of Pedrera's bulding by Guadi at Paseo de Gracia street in an empty Barcelona, Spain,18 April 2020, during the coronavirus crisis. (EPA-EFE/Toni Albir Photo)
by Agencies Apr 19, 2020 12:36 pm
RECOMMENDED

Spain has reported its lowest daily death total for confirmed coronavirus victims in nearly a month as the country contains a savage outbreak that has killed more than 20,000 people there.

Spanish health officials said Sunday another 410 people have died in the last 24 hours. That is the lowest daily death toll since March 22. It takes the total to 20,453 virus-related deaths since the start of the pandemic.

Top health official Fernando Simón said the latest data gives Spain hope, adding that it shows "the rate of contagion has fallen and that we are on the correct path.”

Spain which imposed one of the strictest lockdowns in Europe in mid-March announced it will start easing restrictions on children.

Spanish Prime Minister Pedro Sánchez said his government will seek to extend the state of emergency to May 9 but begin easing the total confinement of children beginning April 27.

"We have left behind the most extreme moments," Sanchez said at a press briefing. But he added: "These achievements are still insufficient and above all fragile. We cannot put them at risk with hasty solutions".

Sánchez also announced in a televised news conference late Saturday that kids would be able “to get out of their houses for a period on a daily basis,” but the specifics needed to be ironed out with experts.

Children are thought to be a major source of transmission even if they rarely fall ill from the virus. They’ve been confined to their homes for five weeks, prompting parents to ask if they can be allowed to at least take a daily walk.

The national lockdown would be rolled back only when Spain’s embattled health system is ready for a possible rebound of infections, he said.

The virus is believed to have infected more than 2.3 million people worldwide. While most recover, the outbreak has killed at least 155,000 people, according to a Johns Hopkins University tally based on figures supplied by health authorities around the globe.