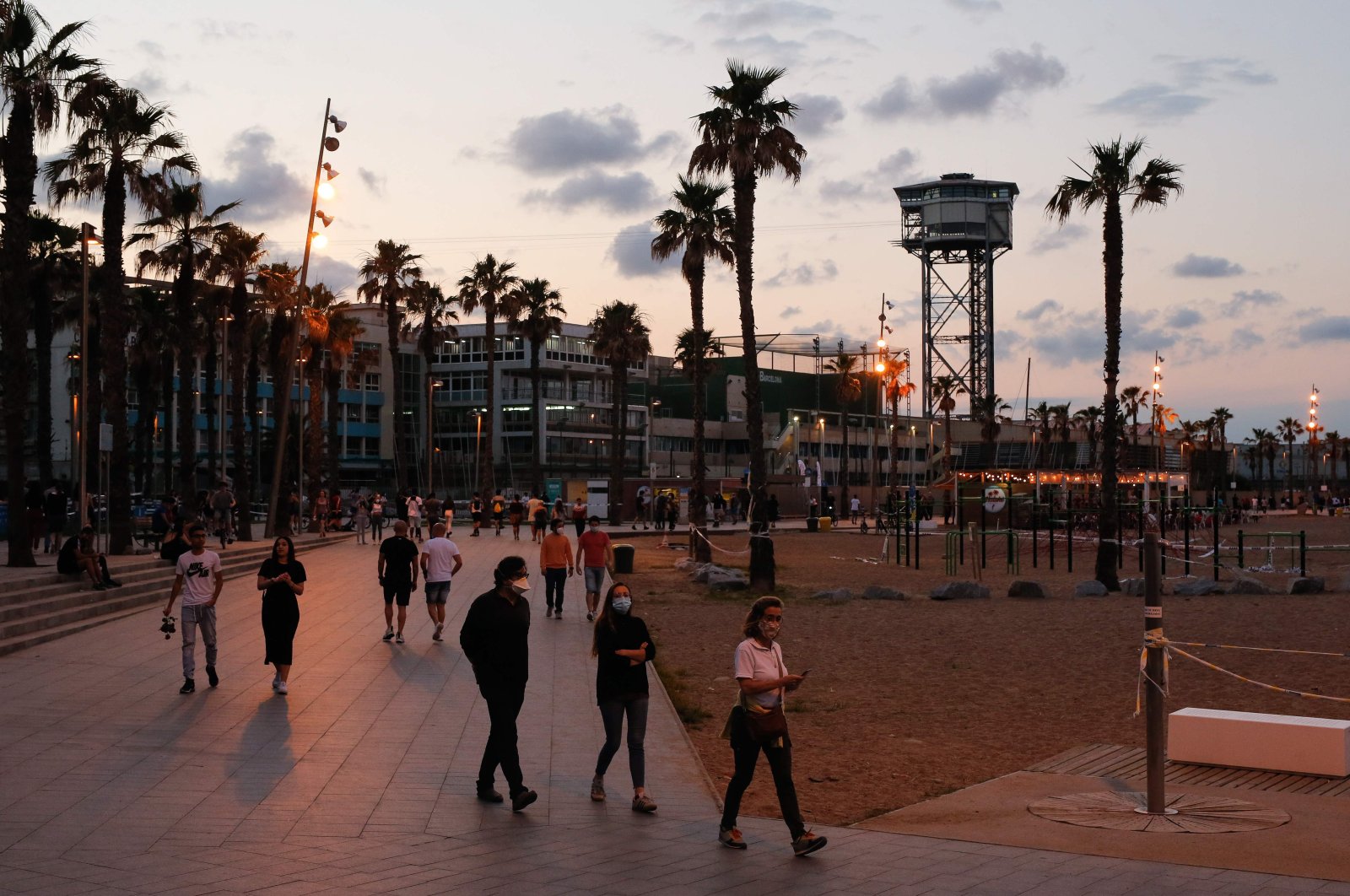 People stroll along Barceloneta Beach in Barcelona on May 30, 2020 amid a national lockdown to prevent the spread of the novel coronavirus. (AFP Photo)
by Agencies
May 31, 2020 5:13 pm

Spain's prime minister said on Sunday the country needed 15 more days of lockdown until June 21 "to finish with the pandemic once and for all", and he would ask parliament to approve a final two-week extension to the stay home rule.

"We have almost set out what we set out to do," Pedro Sanchez told a press conference, as he expressed his intense relief that the number of new cases of COVID-19 in Spain, one of the nations hardest-hit by the virus, had fallen dramatically.

Spain imposed a state of emergency on March 14, which involved a strict lockdown under which people could only leave their homes to buy food, seek medical care or go to jobs where they could not work from home. Children were initially confined inside all day. Restrictions are being gradually eased.

The current emergency is set to expire on June 7, and the Socialist premier told a press conference that one last two-week extension was required, while welcoming that his hard-hit nation is "on the verge of arriving safely" out of confinement. From July 1, citizens will be able to move throughout the country.

The sixth extension since March will need to be ratified on Wednesday by the 350-seat parliament, where Sanchez's coalition is in a minority.

Despite opposition to the most recent lockdown extension from parties on the right and demonstrations across Spain, Sanchez has struck a deal with a Catalan separatist party Esquerra Republicana de Catalunya (ERC) which should guarantee his minority government secures enough support to extend the lockdown.

The ERC said in a statement it had decided to abstain "provided that it is the last extension of the state of alarm."