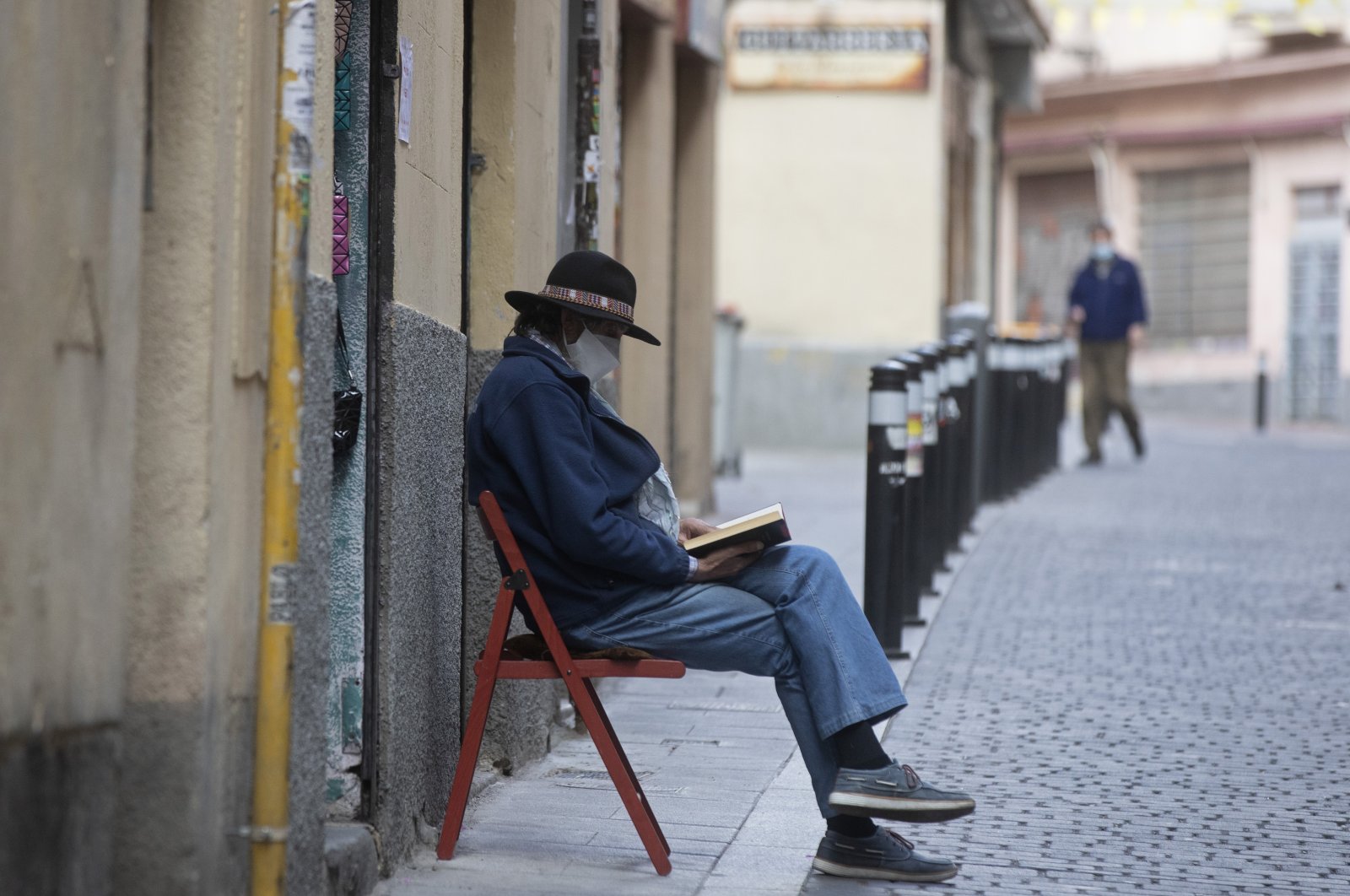 A man wearing a face mask to protect against coronavirus sits and waits for customers outside a small shop while reading a book in Madrid, Spain, Saturday, May 16, 2020. (AP Photo)
by REUTERS May 17, 2020 5:17 pm
RECOMMENDED

Spain's daily death toll from the coronavirus fell below 100 for the first time in two months, the health ministry said Sunday, as some parts of the country prepared for a further loosening of lockdown measures.

Spain introduced one of Europe's strictest lockdowns on March 14 in a bid to contain the virus, which threatened to overwhelm the country's health service.

As the population has remained largely confined to their homes, the rate of new infections and fatalities has steadily fallen, prompting the government to begin unwinding the lockdown.

Health emergency chief Fernando Simon cautioned, however, that the low death tally on Sunday could be due to delays in reporting at weekends.

Asked at a news conference if health authorities had sufficient resources to deal with current patient levels, he said: "The ministry is gathering reserves, but now there is enough material for current needs."

A doctor in Madrid told Reuters that she was worried hospitals would not be able to cope if there was a second surge of the disease.

"I have to say that we are not yet ready to face a second wave even if it is smaller," said Belen, who did not give her second name.

As the government begins to lift restrictions on movement, authorities are considering extending mandatory mask use on public transport to cover all public spaces.

"There is an ample consensus that we should reinforce the obligatory use of masks," Health Minister Salvador Illa told a news conference.

From Monday, inhabitants of the sparsely populated Canary Islands of La Graciosa, El Hierro, and La Gomera, and Formentera in the Balearics, will be able to go for walks at any time of day.

However, in Madrid and Barcelona, which have been particularly badly hit, tougher restrictions will remain in place.

Protests have sprung up around the country in the past week, with disgruntled Spaniards airing their frustration at the government's handling of the crisis.

Prime Minister Pedro Sanchez said on Saturday he would seek parliament's approval to extend the country's state of emergency until the end of June when most regions should have returned to normality.