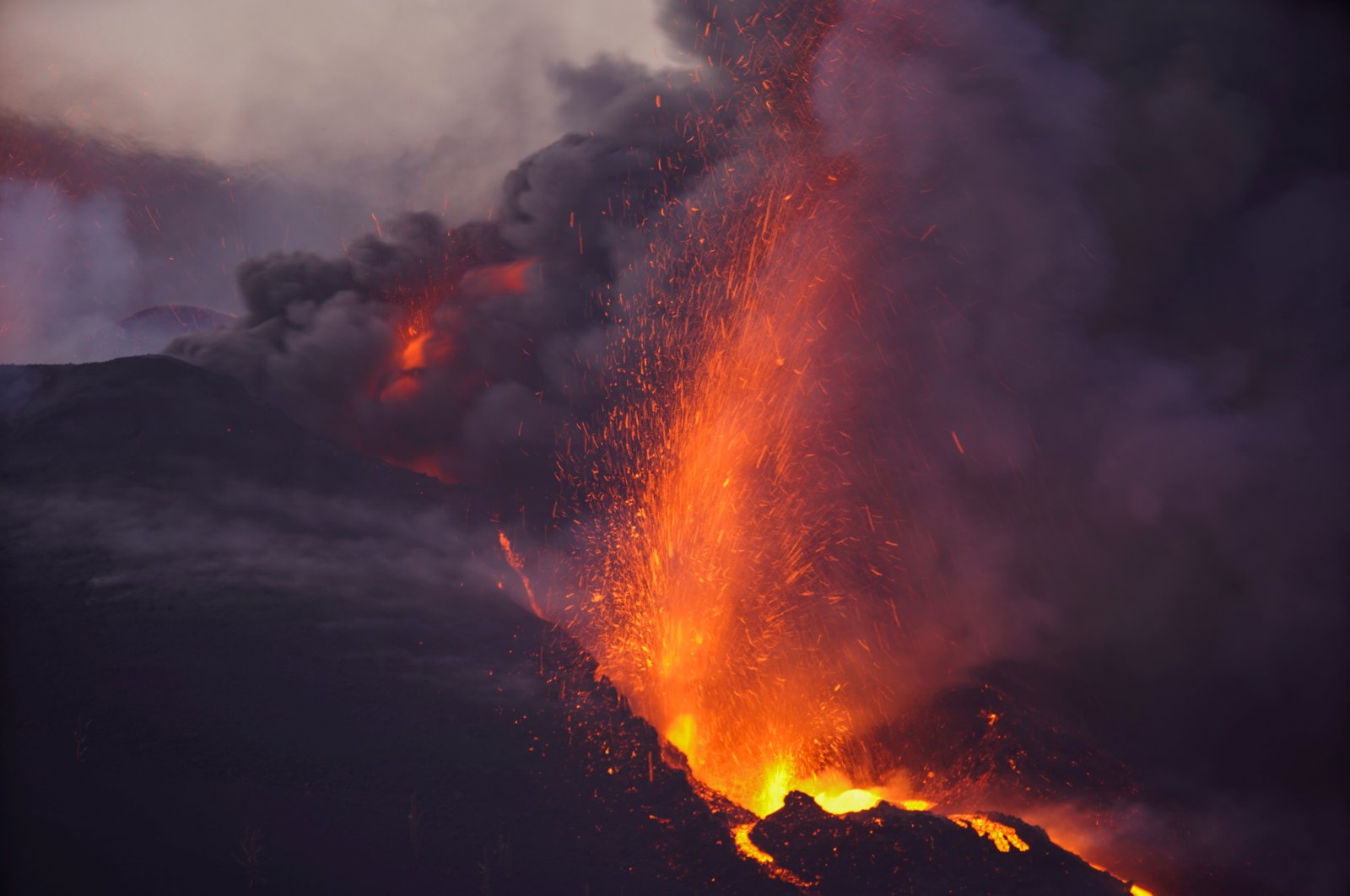 Spanish Prime Minister Pedro Sanchez vowed Sunday to rebuild the island of La Palma, where a volcanic eruption has been spewing molten lava and a thick cloud of pyroclastic ash for the past two weeks, destroying hundreds of buildings and forcing thousands to evacuate their homes.

Making his third visit to La Palma, one of the Atlantic Canary Islands, since the eruption began on Sept. 19, Sanchez said the government would approve 206 million euros ($239 million) of aid funding this week.

"Next Tuesday, the cabinet will approve a package of very powerful measures (to assist in) areas such as infrastructure reconstruction, water supply, employment, agriculture, tourism and benefits," he told a news conference.

The Cumbre Vieja volcano has destroyed more than 900 buildings. About 6,000 people have been evacuated from homes on the island out of a population of some 83,000.

"We are facing a test of resistance ... because we do not know when the eruption of the volcano will end," Sanchez said.

"What residents should know is that when it does end, the government of Spain will be there to tackle the enormous task of rebuilding La Palma."

On Sunday, the volcano spewed red-hot lava and thick clouds of black smoke for the 15th day in a row.

"Explosive activity has intensified in the last hours," the Volcanology Institute of the Canary Islands, Involcan, said in a tweet on Sunday afternoon.

Spain's National Geographic Institute said it had registered nine earthquakes around the eruption overnight, the strongest of which had a magnitude of 3.5.

The financial package is the second stage of a plan approved last week. The first stage saw the government announce aid of 10.5 million euros ($12.3 million) for the immediate assistance of those who had lost their homes.

Sanchez also encouraged tourists who were considering visiting La Palma not to be put off. Tourism is the Canary Islands' major industry.

"I would like to let tourists know that this is a safe place, they can come and enjoy the island," he said.