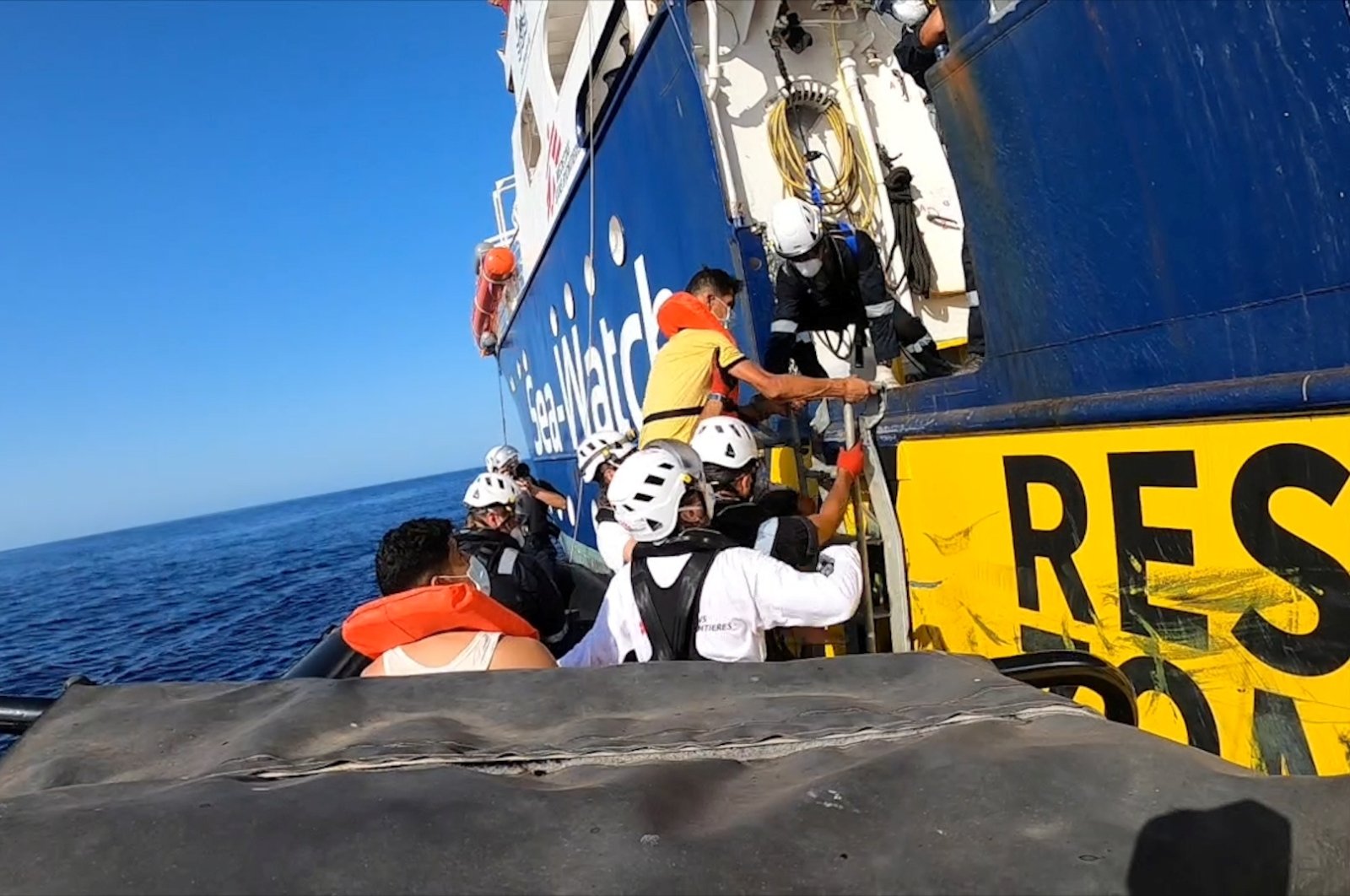 Elusive street artist Banksy is sponsoring a ship rescuing migrants and refugees in the Mediterranean Sea, according to German aid organization Sea-Watch.

"A ship sponsored and painted by #Banksy, an experienced SAR crew from all over Europe – the @MVLouiseMichel already safeguarded two operations of the #SeaWatch4 and has now rescued 89 people itself," the German organization tweeted late Thursday. "We are excited about the pink reinforcement!"

The Guardian newspaper said Banksy financed the vessel to rescue migrants and refugees attempting to reach Europe from North Africa.

According to the report, the Louise Michel set off from a Spanish port near Valencia on Aug. 18. The vessel rescued 89 people in distress in the central Mediterranean on Thursday, including 14 women and four children.

The rescue ship is now looking for a seaport for the rescued passengers to disembark, the newspaper reported.

According to the report, the 31-meter-long (102-foot-long) motor yacht used to belong to the French customs authorities and is smaller but faster than other nongovernmental organizations' (NGO) rescue ships.

Banksy's identity remains a mystery. It is known that the artist is from Bristol in the southwest of England and came to London in the late 1990s. He has addressed homelessness, consumerism, the plight of Palestinians and the coronavirus in his work.